Home » The Real Loser in Iowa? The Democratic Party 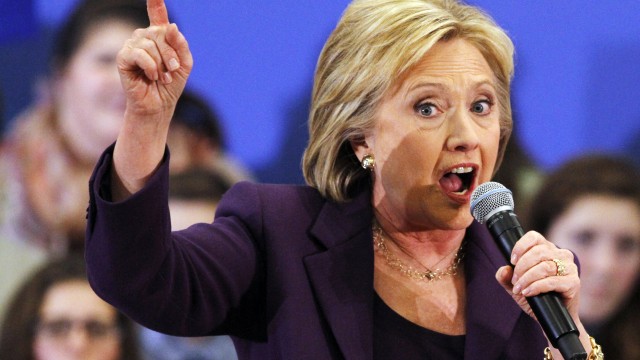 The Real Loser in Iowa? The Democratic Party

Of course there were obvious winners and losers in the 2016 Iowa Caucus. Cruz won big, Trump faltered, Rubio unexpectedly flourished, while other establishment candidates such as Bush and Christie failed to garner much support. But the biggest loser of the Iowa Caucus was the Democratic Party.

It was not until late Tuesday morning that Hillary Clinton was officially declared the victor in Iowa by a margin of just three-tenths of 1 percent. Clinton had narrowly survived a formidable challenge from Bernie Sanders, who just a year ago polled 30 percent behind Clinton in Iowa. Whether or not Sanders’ near-victory is a strong win for him, it has become apparent that the Democratic establishment failed at its one goal: doing everything in its power to stop Sanders from competing in the primary against its favored candidate, Clinton.

From the start, the simple fact is that the Democrats wanted to keep Sanders’ views as concealed as possible. Polling over the course of the election made obvious that the more people have gotten to know Clinton, the less they like her. The Democrats arranged a thin debate schedule, especially compared with the Republicans, and the debates they did hold were purposefully placed at obscure times, such as weekend nights, with notoriously low television ratings. Despite their best efforts, Sanders was still able to generate massive support, drawing thousands to his rallies, and virtually tying Clinton in Iowa.

If the debate schedule was not enough to raise questions about a Democratic attempt to protect Clinton, restricting Sanders’ access to critical campaign data is. After a breach in the Democrats’ data machine, Sanders’ campaign was accused of unlawfully viewing restricted files on the DNC server that belonged to the Clinton Campaign. In a drastic move in the midst of a close election, the Democrats took extreme action by cutting Sanders off from all of the voting lists available to Democratic candidates. This was nothing short of the Democrats’ picking a clear favorite. The party used this as an excuse to hinder Sanders’ campaign efforts, allowing its preferred candidate, Clinton, to gain an edge.

Despite their best efforts, the Democrats failed to stop the rise of Sanders, and he is still mounting a formidable challenge to Clinton. His fierce competition in the Iowa Caucus raises even more questions about the transparency of the Democratic caucus process. In Iowa, the Democratic Party does not release the actual vote totals, though it has that information available, nor does it conduct recounts. As Sanders’ staff correctly asserts, in any other election that was this close, a recount would be in order. Moreover, despite the wishes of Sanders, the party also refuses to release the raw vote totals, in which Sanders may very well have won the popular vote. The Democrats believe that it is in their best interest to keep these numbers cloudy to stop the momentum of Sanders.

The series of unusual steps the Democratic Party has taken to cloud this primary process have left many Democrats feeling unhappy with the establishment. It is hard to blame supporters of Sanders for feeling like the Democrats are set against him in his bid for the White House. These anti-establishment feelings will only hurt the Democrats in the long run by making the party divided and scared. Sanders supporters have a right to be upset, and their anger could be very damaging towards the party’s eventual nominee. Sanders’ fans feel as if they cannot trust Clinton, and the Democratic Party’s actions will certainly not help to create a sense of trust. An entrance poll by The New York Times recorded that 83 percent of Sanders’ supporters viewed honesty and trustworthiness as an essential quality, compared to just 10 percent for Clinton. Trust is not something that Clinton can repair easily, and the multiple scandals surrounding her time as secretary of state will certainly not help. These numbers prove that Clinton is a weak candidate who has already been damaged by this primary process, and if she should be the eventual nominee, her weakness as a candidate, mixed with the anger and potential lack of support from her party’s left wing, could be enough to allow a Republican win. Since Clinton has been challenged by Sanders to such a degree, she is also being pushed more and more to the extreme left, something that could be extremely toxic to her campaign in a general election, in which independents would be better served electing a moderate candidate like Chris Christie or John Kasich, should they win the Republican primary.

In contrast, the Republicans too have had to deal with one quite undesirable candidate in Donald Trump. The Republicans’ handling of Trump was far more fair and transparent than the Democrats’ obvious efforts to beat Sanders. It is no real secret that the Republican establishment is not pleased with the surge of Trump, but instead of trying to disadvantage him, the Republicans will have hosted eight debates already by next week, allowing other Republican candidates to make their differences with Trump clear. Trump’s rise has followed the same path as Sanders’, yet the Republican Party has handled the process with nothing but ultimate fairness. Perhaps the Democrats feel that Clinton needs protection from Sanders, but that ultimately implies that Clinton may not be able to hold her own against her eventual Republican challenger. In the long run, the Democrats’ impeding the primary process will likely generate ill will from her Democratic foes and fail to prepare her for the general election.

If Clinton is indeed the nominee, as will likely happen, it remains to be seen whether Sanders’ supporters will unite behind her or whether they will look elsewhere for a more trustworthy, more inspired candidate. Either way, the Republicans stand to win from this battle. Should Clinton emerge victorious, she will be deeply bruised and will have to win support from a fractured party. If Sanders were to somehow claim the nomination, his far-left policies will be a gift to any Republican challenger who may face him.