Home » The Need for Transparency at BC
Opinions, Column

The Need for Transparency at BC

For all their work promoting important causes at BC, many social justice groups on campus have no idea what they are talking about. While it’s true that they have worked tirelessly to connect national research and trends with the personal stories of those affected on campus, they lack the demographic, budgetary, and policy information they need to sharpen their arguments on how much the BC community is affected by these issues. To a great extent, this is not because the information does not exist, but rather, because it is locked in administrative channels that would prefer to avoid public scrutiny and student accountability.

Mental health appointments at counseling services have risen nationally in the past decade, as a recent study of universities that included BC has shown. What are the statistical changes for these rates at BC? It’s unknown. Many groups across the country are working to get their universities to divest from fossil fuel companies over concerns about climate change. What is the size of the investment from the BC endowment in these companies? It’s unknown. The last year’s events across the US involving black student protests have demonstrated a need for a reexamination of race relations at universities. What proportion of black BC students report feelings of marginality? It’s unknown.

Over two years, the University gathered information regarding diversity at BC through the Campus Climate, Diversity, and Inclusivity survey. In addition to the survey, the Office of Institutional Diversity’s web site states that it “develops policy statements, provides regular reports on the University’s progress and performance, identifies problem areas, and offers problem-solving assistance.” None of these reports or statements is available on their website. When University Spokesman Jack Dunn was asked to explain the University’s refusal to divest the BC endowment from fossil fuel companies, he suggested that the endowment exists to further the mission of the University and not a social justice mission. This contrasts directly with the minimal and distractingly broad information provided on the endowment’s web site that states, “In the management of its investments, BC reflects the ethical, social, and moral principles inherent in its mission and heritage. In particular, the University is firmly committed to the promotion of the dignity of the individual, personal freedom, and social justice.” In balancing these objectives with others of the University, the decision-making process remains opaque.

In fact, the information about these funds was so ambiguously reported to the students and faculty they are meant to support that the federal government recently mandated that BC, along with 55 other universities, release more information about how the endowment is being used to “guarantee that these schools are using the money to sponsor their ‘charitable and educational’ purposes.” Should it take the federal government’s stepping in to require the University to be accountable and transparent with its community? A university that is interested in raising its social prestige among potential students would share reports with statistical markers of high levels of racial integration or low levels of sexual assault on campus. On the other hand, the University should release this information regardless, humbly accepting that the PR-primed message sold in admissions information is not the whole picture and that work needs to be done and will be done to address the issues that have become rallying calls among students. BC has done neither, and in doing so leaves many questions unanswered about the state of the University.

The effect of this lack of transparency can be seen in multiple ways on campus. Firstly, it limits the knowledge, and ultimately the power, of organized students and faculty to sharpen their arguments for the importance of addressing these issues openly on campus. Students and faculty will not be inspired to support a cause when they know little about how it affects them or others in the community. Secondly, it weakens their ability to work with administrators at an equal level. It is often the case that students and faculty will provide administrators with presentations and research on their proposals only to be met with the answer that these groups do not know how the system works and that they are not privileged to know more of the information that the University has gathered.

One comes to wonder in what interest BC chooses to privilege some knowledge while hiding other information from scrutiny. What does this mean for the place of the student and faculty in the University’s governance structure? 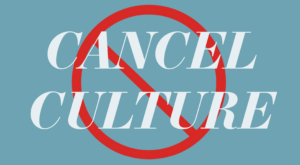 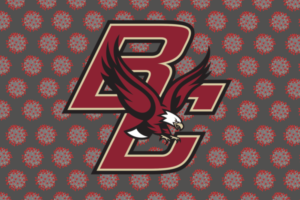