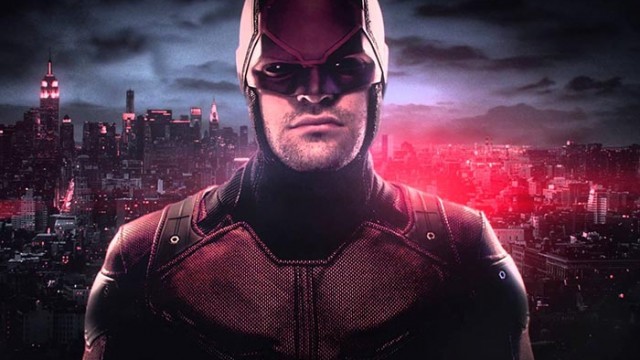 Whenever popular shows change showrunners, it can be easy to think that the show will change for the worse. So naturally when it was announced that Daredevil’s showrunner, Steven DeKnight, was leaving, fans were scared for the future of the show. Thankfully, new showrunners Doug Petrie and Marco Ramirez take Matt Murdock’s tale of justice in Hell’s Kitchen to new heights.

Part of what made the first season of Daredevil so great was that it committed fully to its slow-burn storytelling approach. While this approach hooked fans on season one, it seemed like the show spun its tires a bit toward the end. Season two continues the slow-burn approach, but instead of building toward a single end game, the show instead weaves several smaller story arcs that then come together in the last few episodes. This approach gives season two a much quicker pace but still gives adequate time to evolve the story. Additionally, the smaller story arcs give great introductions to new characters Elektra and the Punisher.

The Punisher, in particular, steals any scene he appears in. Daredevil does a great job of making a character best known for mass murder of criminals relatable. Credit also goes to Jon Bernthal for his great performance. Elektra, however, comes across as a casual sociopath. She seems just as willing to snap Matt’s neck as she is to ask him to dinner.

Speaking of snapping necks, the fight sequences in Daredevil continue to be the gold standard in the current crop of superhero TV. The fights are well-choreographed and often leave viewers surprised by their brutality. Matt Murdock may refuse to kill as Daredevil, but he certainly is a fan of brutally breaking criminals’ bones. The fights do a great job of reminding the viewer that other than his super sense, Matt has no true super powers. He is just excellently trained. Where characters like Captain America knock out villains with single punches and rarely seem to tire, Murdock must attack bad guys repeatedly to take them down and often collapses of exhaustion soon after.

The addition of these new anti-hero characters also brings a clash of morals. Elektra and Punisher are more than willing to kill those they deem villains, as they see their enemies’ deaths as permanent solutions to their problems. Matt’s code of no killing is continually tested by these new characters. Throughout the show they chide him for only taking half measures or simply putting a bandage on the problem. This conflict of philosophies brings about several surprisingly good moral discussions between Daredevil and Punisher.

The moral aspect of the show also carries over into Matt’s everyday life as a lawyer. This part of the show sees a balancing act between Matt and his best friend and law firm partner Foggy Nelson. The two must choose between representing the down-trodden or taking better-paying, morally questionable cases. The show does a good job of preventing either Matt or Foggy from becoming the true moral compass. Instead, whenever one of them seems to falter, the other takes up his slack.

Foggy was a problem character in season one because he couldn’t seem to get over the fact that his best friend was a vigilante. Last season, Foggy kept giving the same “you’re going to get yourself killed” lines over and over again. The writing for Foggy is much improved in season two and even gives him some heroic moments both in and out of court. He does, on the other hand, still fall back into nagging Matt about his safety far too often, to the point that it becomes annoying. The inclusion of a weird love triangle between Matt, Foggy, and their secretary, Karen Page, also seems out of place and makes viewers less sympathetic to Foggy.

Overall, Daredevil’s second season finds ways to improve on everything that made the first season work. The gritty fights, the great character progression, and strong storytelling all return better than ever. The show makes attempts at fixing its biggest weaknesses, such as Foggy, but still doesn’t fully fix them. These problems, however, detract little from the overall experience. Daredevil is still one of the best superhero shows on TV.

daredevil
Bouncing Baselines, Indie Flair, and Bluesy Vocals Throw Down in Battle of the Bands
Bostonians Trade Verses and Voices in Intimate Performance