Home » Linklater Gets Philosophical Between Batting Practice and Bong Rips in ‘Everybody Wants Some!!’ 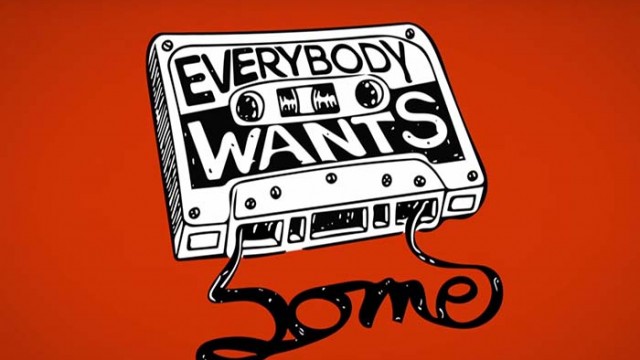 Linklater Gets Philosophical Between Batting Practice and Bong Rips in ‘Everybody Wants Some!!’

Director Richard Linklater has a knack for creating films that harken back to a different era, but nonetheless explore universal sentiments. Dazed and Confused (1993) fleshed out the vicious cycles of high school in the mid ’70s, as students old and new grappled with transitioning to a new place and a fresh sea of faces. Boyhood (2014) attempted to capture that same sentiment of change and transition for one boy over 12 years. In his latest endeavor, Everybody Wants Some!!, Linklater hits many of the same notes of his previous films, while philosophizing during some of the small moments of life, between batting practice and bong rips. Growing up is rough in any capacity. The world continues to shift and shape itself around us as we hastily crawl into new chapters of our lives. It is a game of catch up, all about getting there. But where is there?

Set in the last days of the summer of 1980, Everybody Wants Some!! follows Jake (Blake Jenner), a collegiate freshman baseball pitcher, as he moves in and meets his teammates in their shared team house. As the team begins to bond, the freshmen begin to enter the fold. Through antics at various clubs, in the house, and about the town, Jake and the other newbies set to establish themselves in college. Delving into the treacherous grounds of lust and love, Jake and others find their insatiable libidos and fascination with girls hard to quell. Going after women makes for a challenge as exhilarating as their penchant for competition in baseball. Everyone in the film searches for who he is, what he wants, and where he is going. Everybody wants some. But what is some?

The setting and characters hit the proverbial nail on the head for the this film’s intentions. To its very core, Everybody Wants Some!! oozes an ’80s vibe. From the moment the viewer gets a glimpse of Jake sporting long sideburns, cruising down a college town road seeing high-waisted jeans, big hair, and cars of the era dotting the streets, the audience is almost sucked into the ’80s. Coupled with its soundtrack which continually pumps out the hits and latest jams of the age, the look of the film creates a complete atmospheric feel.

The performances are excellent, and each character evinces his own status within the team dynamic. As each guy chases success and a good weekend, his respective methods and personality shine through and the dynamic of the team is felt strongly in every scene. Viewers will be able to feel the friendship and tension at play.

As the film begins to extend its reach deeper into characters’ personalities, the existentialism of Everybody Wants Some!! comes into view. A refreshing aspect of the film lies in the characters’ responses to all the big talk of their life plans. They did not change. In spite of all the things discussed, plans and dreams that had not come to fruition, the guys remained more or less themselves.

As one night transitioned from a disco club to a county bar,  Finnegan (Glenn Powell), expresses concern about their identities shifting so quickly. Had the disco fever really fallen away that fast? Who were they? Are they country boys now?

“So you’re not coming,” one of the guys adds, as the gang is about to leave the disco to go to the country bar. “That’s not what I said,” Finnegan replies. The next shot is of him riding a mechanical bull.

This scene illustrates the capacity to question and choose. In their pursuit of a good time, did the characters compromise who they were, or did they become adaptable, evolving entities? When you let the good times roll, you better keep up for fear of getting left behind.

This kind of philosophizing does not bog down the film, but plays right into the existential crux it seeks to extrapolate. As characters explore a different, more transcendent reality through drugs and big ideas, the film offers a beautiful counterpoint to the seemingly mindless pursuits of fun and hedonism. Sitting on the carpet, bong in hand, the stoner pitcher Willoughby (Wyatt Russell), proselytizes to the group as his shaggy, blonde hair whips about his head with each eccentric movement. Music quietly playing in the background, Willoughby explains that the music does not mean anything. He continues stating that the artists only give you the notes to songs and that you must find the meaning that lies in between them. Projecting that same kind of mentality into the actions of the characters, their quests seem a little less mindless. Party-crazed. Sex-crazed. Life-crazed.

The film really is a big sign reading “Who the hell are you?” The characters, just as we do, search for the answer, but never let it get in the way of living. Growing up anytime is rough. We have a lot of questions and a lot of them can never really be answered. Everybody Wants Some!! does a great job of asking the question, while ecstatically saying all at once, like shagging fly balls, “Go get it!”

Richard Linklater everybody wants some!!
The Jazz Is Strong with BC bOp!
Weezer’s ‘White Album’ Channels The Beach Boys Through Immaculate Melodies