What’s a Boston College education worth? In the Welcome #BC2020 video, several important numbers for the latest crop of Eagles didn’t make the cut.

For the class of 2020, tuition and fees to attend BC will total $51,826 next year, with cost of attendance at $68,294. Assuming tuition-increase rates hold constant, it will cost $79,328 to attend BC by the time the incoming class of freshmen makes it to senior year.

Which brings us to the bigger question: how are they going to pay for it?

The typical BC student takes on less in direct federal loans than the average Massachusetts graduate, with a median burden totaling $19,000 for those who accepted these loans. But for many seniors sitting down at their exit interviews in coming weeks, this number will come as a bit of a shock. This direct loan total, which is most commonly used to represent total debt, is increasingly at odds with the real borrowing trends of undergraduates.

As reported this week in the Wall Street Journal, BC is among a group of colleges that increasingly rely on loans taken on by parents to cover the cost of attendance—even advocating for lenders to create such loans. Parent PLUS loans (which are federal loans taken on by family members) and private loans are increasingly common finance options excluded from student debt statistics reported in the Department of Education’s college scorecard. For many families, particularly those with a good credit history, these alternatives can be an alluring supplement to traditional federal direct loans, as they allow for more borrowing and, in the case of private loans, can come at a lower interest rate.

According to Title IV data on loan disbursement by institution, 700 Parent Plus loans were originated for BC families last academic year, at an average value of $24,815. The $17.4 million in Parent Plus loans originated dwarfed the $15.5 million originated in direct loans over the same period—and yet their existence often goes unreported in most federal and University resources on student debt.

At BC, where graduates earn well over the national average starting salary for college graduates, there’s a strong argument to be made that taking on such debt is justified, but for prospective members of the class of 2020, the troubled state of student lending is a reality often discarded in the marketing materials. The national delinquency rate on federal loans is now at approximately 17 percent, with nearly 7 million Americans having not made a payment on their loans in over 360 days. Private lenders, which largely fled the student lending business in 2008 as default rates spiked, are re-entering the market. And families are increasingly assuming the debt burden of their children’s educations.

The long-term viability of institutions like BC depends on the sustainability of student lending practices. In this time of relative economic growth, families may be able to assume private and federal debt to finance their children’s educations, but we seldom acknowledge the role these methods of funding play in increasing tuition prices—or how it will be impacted should we enter another recession. If universities are coming to expect that parents take on some debt, they should also do all in their power to educate students and parents on this new “normal.”

Good information on the total debt taken on by students and their families can protect prospective students from predatory private-lending practices and offer a clearer picture of what their total debt will most likely look like by graduation. Data on private and Parent PLUS lending is equally important to students whose parents do not qualify for such loans, as there’s a chance they will need to take on more personal debt than advertised.

The federal government should begin including more than just median direct loan disbursement in its College Scorecard and encourage universities to disclose the same in their financial aid statistics. Statistics that get at the distribution of debt assumed, for all types of federal and private loans, would better prepare families for the financing demands of a college education. It would also keep universities and their stakeholders honest about the economic risks assumed in accepting exponential tuition growth as the default for their institutions. 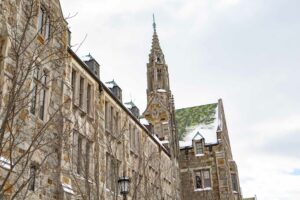 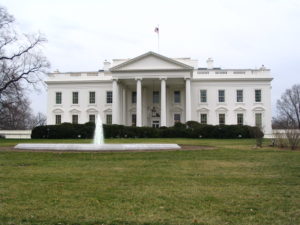