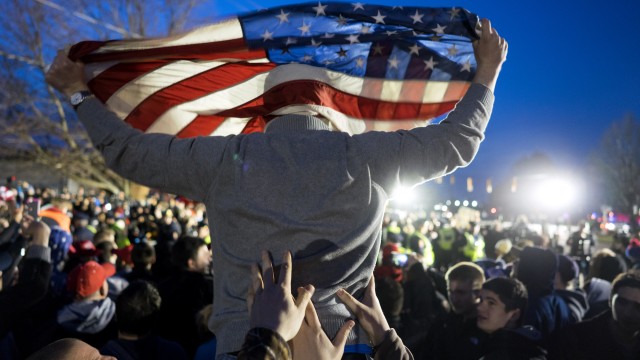 LTE: A Response to “Don’t Let Fear Cast Your Vote”

If you’ve ever been told to “just calm down” when you’re angry, you understand this tactic makes things worse. Now, I believe Mr. Hissong makes some important points in his op-ed “Don’t Let Fear Cast Your Vote”, but he entirely misses the legitimate root cause behind this election’s anger and is simply telling incensed Americans to “just calm down.” He posits that the candidates themselves are the source of the vitriolic nature of this election cycle and that the issues we are facing as Americans, chiefly terrorism and economic uncertainty, are nothing to be worried about. I agree with his assertion that terrorism, while certainly a risk to our national security, does not pose the grave threat that many candidates make it out to be. The evidence he provides that it “is statistically just as likely that you will drown in your own bathtub as it is that you will be killed in a terrorist attack” is especially convincing. However, I strongly reject his claim that our economy is “untouchable.” Simply put, the American economy has stopped working for the vast majority of Americans.

Unlike Mr. Hissong, I’ll provide some facts to back up my claim. Sure, America is the “unchallenged leader of the financial world,” but when 47 percent of Americans can’t cover an unexpected $400 expense through their savings or credit, nearly half the country isn’t feeling the benefits of our leadership role in the financial world. Yes, “unemployment is falling,” but unemployment coupled with underemployment remains at around 10 percent, showing the weakness in the job market, and this doesn’t even count the millions of hopeless Americans who have stopped looking for a job. And perhaps “the climb out of the financial crisis of 2008 is underway,” but when the top 1 percent captured 95 percent of the income gains following the crash, the other 99 percent of the country has not recovered. Perhaps this is why 72 percent of Americans still think we are in a recession.

This is all to say that people are angry for a reason. A politician can stand on TV and shout hateful things, but unless people are in dire straits, they will refuse to listen. It is only when the hope has been sucked out of a society that hate can come and fill the void. Rather than responding to the hateful discourse pulsating throughout the nation with “just calm down,” we need to recognize the massive surge of anger as a warning sign of something gone terribly awry in our society. I agree with Mr. Hissong’s last point that “the world is not going to go up in smoke tomorrow,” but if we keep heading down the imbalanced direction we’re headed, the temperature will only heat up. If this massive wealth and income inequality is not reversed, the repulsive so-called dialogue will continue. Our world may not go up in smoke tomorrow, but it will go up in flames in the future if we don’t change our ways.