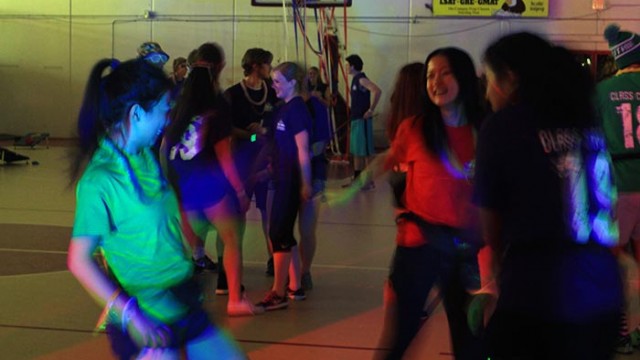 Over 200 students participated in the first Boston College Dance Marathon in over 10 years this past Friday night through Saturday morning in the Plex. The event, which raised $17,000 for the Boston Children’s Hospital, involved 12 hours of dancing along with visits from local pediatric cancer patients and performances from an array of BC dance groups.

“Our goal was simply to bring Dance Marathon to the BC community as a great cause and fundraiser,” Emmy Ye, the executive director of BC Dance Marathon, the social chair for the Sophomore Class Council and MCAS ’18, said in an email. “This is our way of raising funds and awareness for pediatric illness while having fun at the same time.”

While dance marathons have become massive fundraisers at many universities across the country, BC has not had one since 2005.

The idea for the event started through the Sophomore Class Council back in October. This led to connecting with Children’s Miracle Network (CMN), the parent organization for the nationwide Dance Marathon organization. CMN connected BC Dance Marathon with the Boston Children’s Hospital as part of its fundraising model to keep the money raised close to the community and to have a local impact.

Starting the process was daunting, Ye said, because the event was so open-ended, and there was no real precedent for what the event should be like.

“We could have made Dance Marathon into anything we wanted, it was simply hard to figure out what we wanted,” Ye said.

For this whole school year, the Sophomore Class Council worked with the Office of Student Involvement to contact local business sponsors, plan every detail of the event, and spread the word around campus. The Boston Red Sox, JP Licks, Whole Foods, and Marriot Hotels were a few of the many local businesses to donate to the event, and participants raised funds through contacting friends and family and posting donation links on social media.

“Seeing the kids in the morning made the entire process worth it.”

— Jack Donahue, the financial chair for the Sophomore Class Council and MCAS ’18

The event began on Friday at 10 p.m. with BC dance teams Aerok, Phaymus, and Conspiracy Theory performing at the opening ceremonies of the event.

Then DJ Darren Roy, who has played several other dance marathons in the Boston area, spun records until 1 a.m.

Throughout the night, the swing dance team Full Swing and Indian dance team Masti taught the participants lessons in their respective styles of dance.

As the sun rose Saturday morning, five children currently being treated at Boston Children’s arrived at the Plex with their families. The children joined the participants for games of Red Light Green Light and Simon Says, and were led in some dances by members of the Pom Squad and the BC Irish Dance team.

The closing ceremonies included the children running through a Tunnel of Hope, a Dance Marathon tradition, and a testimonial from one of the families whose daughter was treated at Boston Children’s. Finally, participants formed the Circle of Hope, another Dance Marathon tradition, and the children went around the circle, cutting the hospital bands each participant wore for the entire night.

“Seeing the kids in the morning made the entire process worth it,” Jack Donahue, the financial chair for the Sophomore Class Council and MCAS ’18, said. “When you see those kids’ smiling faces, you forget about how tired you are or how much your feet hurt, and remember why you’re doing it.”

The organizers hoped to leave a legacy for future dance marathons at BC.

The plan, Donahue said, is to have the Dance Marathon be the signature event for the Sophomore Class Council every year. Donahue described how large and well-attended other schools’ dance marathons have become. Although they did not get the turnout they thought they would, Donahue hopes the BC Dance Marathon can become a staple on campus for years to come.

“We hope that in the future, BCDM will grow to be a regular part of campus life, the way other fundraisers are, such as the Relay for Life,” Donahue said. “I would love to come back one year and see the Plex packed with dancers.” 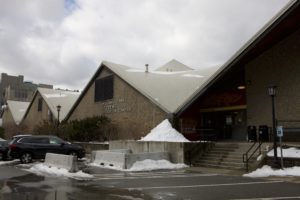