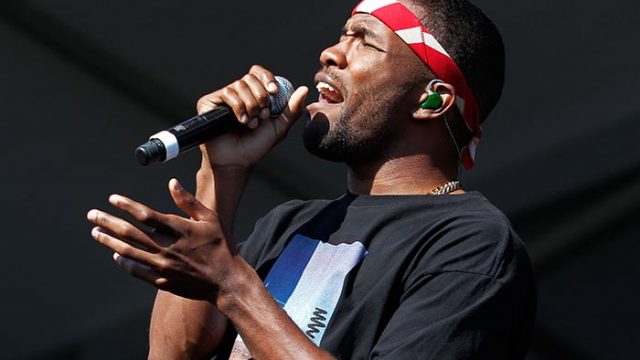 If summer 2016 taught music lovers anything, it’s that the industry is never lacking in rumors and incessant activity. In the span of just three short months, Calvin Harris put up a decidedly overdramatic stink about ex-girlfriend Taylor Swift’s contributions to his music-making prowess; Justin Bieber was allegedly dating someone new, and the pop star’s army of predominantly preteen followers drove him to deactivate his instagram account; and Swift’s once-spotless reputation was called into questioning following an incident that involved a certain large-bottomed socialite-turned-reality-star who shall remain nameless. Wielding the power of Snapchat like a mighty sword, she sent Swift fans into a tizzy as they struggled to understand what drove America’s sweetheart to lie about her role in Kanye West’s song “Famous.”

All of which—if one hadn’t already noticed an underlying pattern in the aforementioned, music-related hullabaloo—has nothing to do with actual music.

Unfortunately (and rather disappointingly), the music industry was shrouded in petty publicity stunts and meaningless Hollywood drama for the majority of the steamy summer months. News about highly-anticipated album releases was tossed aside in favor of petty gossip. Music “fans” seemed to care more about the age gap between Bieber and his new gal pal than the impressive singles “Cold Water” and “Let Me Love You” released this summer by the Canadian crooner.

That’s not to say that there weren’t a handful of high-quality albums and incredibly successful singles released over the summer, however—that’s just to say it was all largely (and unfairly) overlooked. These releases, gifted to music buffs by artists of all genres, provided an expansive summer soundtrack.

After several months spent waiting for Frank Ocean’s new album, rumored to be titled Boys Don’t Cry, fans were treated to a slew of R&B bliss in the form of Endless, Ocean’s debut video album. The artist enjoyed incredibly positive feedback, his first stab at a visual album soon lauded as captivating, oddly beautiful, and an aesthetic adventure. Proving that all good things truly do take time, Ocean further rewarded his fans for their patience by releasing an astoundingly creative music video for his new song “Nikes” on Aug. 20, as well as his second studio album Blonde—all of which garnered global acclaim.

Another new album, released by an old pop favorite, was Britney Spears’s Glory. Known predominantly for earlier hits like “Hit Me Baby One More Time” and “Circus,” critics have deemed Glory a surprising comeback for the prominent pop princess. As Spears’ ninth album, Glory propelled the singer back into the spotlight this summer with memorable tracks like “Private Show” and “Make Me…” featuring G-Easy. The album, synth-soaked and dance-heavy, has become the perfect pop album of summer 2016.

While well-produced and critically-acclaimed LPs were, unfortunately, few and far between this summer, there were innumerable notable, radio-ready singles released, which created quite a contest to earn the esteemed title of this year’s song of the summer.

Calvin Harris and Rihanna joined forces for what may have been the most played song this summer, entitled “This Is What You Came For.” The Scottish producer’s music-making acumen fused seamlessly with Rihanna’s signature, sultry vocals. Sia’s “Unstoppable” packed a powerful punch, while Drake’s “One Dance” and Kanye’s “Famous” were constant chart-toppers throughout the summer months.

Justin Timberlake topped charts with “Can’t Stop The Feelin,” a jaunty, punchy collision of sounds that somehow work incredibly well in concert with one another. Ohio-born band Twenty One Pilots dominated radio stations with their high-energy single “Ride,” while The Chainsmokers charmed listeners with a tale of a wayward girl in “Closer.” Additionally, seemingly out of nowhere came Kungs & Cookin’ On 3 Burners with “This Girl,” an upbeat song with an old-school sound that became a fast favorite for many music lovers this summer.

Though the music released and made popular this summer certainly hadn’t wowed critics like that of previous years, there was never a shortage of tracks to enjoy and albums to play on an endless loop. The upbeat, poppy singles released provided an appropriate playlist for the beach days and road trips of summer 2016.

The Return of the Thumb
Vegan Pizza, Grain Bowls Come to BC Dining