Home » Soundtrack to Our Lives 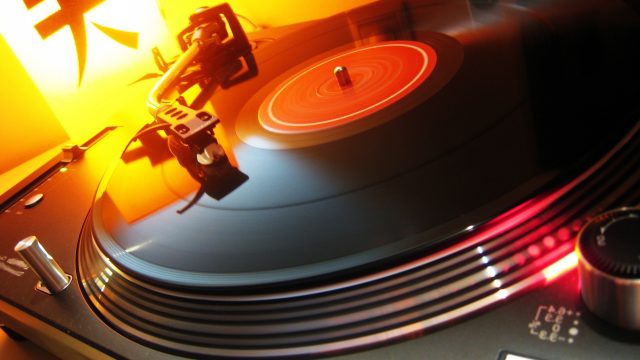 Soundtrack to Our Lives

As the oil wells lit on fire begin to billow and smoke, oil rains down on the haggard soldiers of the Persian Gulf War. The desert sun blotted out, under the cloak of a thick black tar, sounds of a helicopter trot along overhead, invisible. As it approaches, “Break on Through” by The Doors cuts through the rain of sludge and graces the ears of the men soaked in the black liquid, in a world lit on fire.

“That’s Vietnam music, man. Can’t we get our own f—king music?”

This scene from Jarhead (2005) always stuck with me. The concept of a soundtrack to our lives is not a new one, but sometimes it is, as it was for Jake Gyllenhaal’s character in the film, not always what we would expect. Killer soundtracks are something that can change our perception of a film or television show. The accompaniments can make or break scenes, adding enough emotion to a moment that raises a scene from mediocrity to genius with one stroke of a piano key. Music can travel hand in hand with film. Just as film can say things that words cannot, sometimes music can ostensibly convey feelings that could not simply be seen.

When watching movies like Jurassic Park (1993), could the same feeling of awe and pure, childish joy be elicited without John Williams’ brilliant score? Though the feat of seeing dinosaurs living on screen was an accomplishment worthy of a pause, the emotional weight of the moment is realized through the orchestral development. As the violins break, the sense of wonder and majesty of the dinosaurs is realized, Williams’ arrangement beckons to things of dreams, conceptually congruent with the idea of making dinosaurs walk the earth.

Williams makes it known, that contrary to science, you can hear in space. Without his work in Star Wars, much of the mythos and preconceived notions about characters would be lost. Darth Vader would appear less menacing without the Imperial March and the tragedy of the Skywalkers through the Skywalker Theme would feel less despondent.

Instead of bringing heart to a film, the soundtrack can rope in a sense of seriousness. The music serves as a sort of foundational work on which  Shakespeare in Love (1998) seems to create seriousness, or undercut it depending on one’s point of view, within the context of the comedy drama.

Even unoriginal scores can, or at least attempt to, dictate the emotional ties that the film wishes to instill in audiences. While not much can be said for Suicide Squad (2016) in terms of cinematic excellence, its success is due, in part, to a soundtrack that tried to amp up the audience in a ways the ensemble of baddies failed to do.

In films like John Wick, a single song can serve to solidify notions of strength, revolve, and pure unadulterated rage. In the now famous nightclub scene, “Think” by the British electropop duo Kaleida allows the ensuing gunfight adopt a notion of justice and virtue despite the brutal fashion in which the events are carried out. Wick savagely dismantles, summarily executes, and hunts his adversaries. As the lines “Think of me / you’re never in the dark” are sung, the sentiment seems to be shared by Wick as he stares into the Russian mafia’s soul. Resolute on its destruction at his hands, it is realized that hiding from the boogeyman in the dark is a futile effort.

Music and film are forever linked. Making clear the nature of characters and injecting a wealth of emotional breadth to moments that would otherwise feel hollow, soundtracks are a crucial, yet generally underrated part of the film-going experience. In the same way, just as any banal instance in a film, may be enriched by sound, as we walk about the world listening to a song on the way to class, we make the day our own.

As the soldiers of the Gulf War, trudged through sludge, it may have been disappointing to hear sounds that failed to resonate with their own unique experience. As we all wrestle through a different kind of sludge in our own lives, our own music, our soundtrack, may serve as the motivation necessary to push on and break on through. 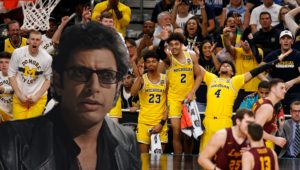