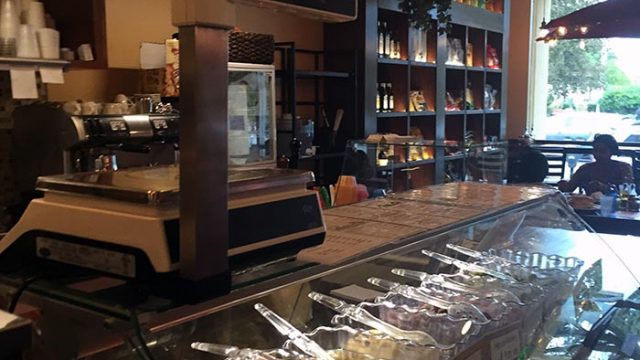 In the early weeks of the semester, when the readjustment to classes and dorm life can feel like a ton of bricks crashing down, many students long for simple comforts of their life back home, particularly the comfort of a delicious and filling homemade meal. But with the recent opening of Bottega Fiorentina’s Newton Center location, this often dreamt-about and sometimes, elusive meal has become much easier to track down.

Specializing in high-quality, yet speedy, Italian dishes, Bottega Fiorentina opened its  original Coolidge Corner location in 1994. The creators, Andrea Ferrini and his wife, Christina Ferrini, quickly charmed the many students and locals who lived nearby with their cozy atmosphere and specialty dishes. One of those students was Carlos Trujillo, the owner of the Newton Center Bottega Fiorentina location, who, after discovering Bottega Fiorentina 17 years ago, became enamored with the bustling restaurant.

“When I first came to Boston 17 years ago, my sister was already here a year before, and she actually introduced me to the owners there, and I fell in love with the concept,” Trujillo said.

But Trujillo’s love went beyond that of a loyal customer. He admired the restaurant’s concept—fine fast food combined with a small grocery section—from a business standpoint. So around two years ago, Trujillo began discussing the possibility of expanding and franchising Bottega Fiorentina with the Ferrinis, finessing how best to revamp and brand the image. Once the negotiations were complete, Trujillo began scoping out locations in Newton Center, conscious not only of its proximity to many suburban families, but also its proximity to Boston College.

Eventually, after finding the perfect location and going through the building and permitting process, the restaurant was ready. With a mix of counters looking out the large windows and intimate tables with red checkered placemats, eaters feel like they are eating in their grandmother’s kitchen.

But then, customers’ eyes are drawn to the beautiful photographic mural of Florence and a quaint patio table immediately visible from the entrance. All of a sudden, they feel like they are enjoying their meal on an outdoor patio in Italy.

The restaurant’s extensive menu only strengthens this impression, as it includes all of the Italian classics that eaters could hope for. Beginning with a variety of specialty pastas and over 30 made-in-house sauces, customers can create their own pasta meal. And although all of the pastas used are high-quality imports, the house-made spinach gnocchi is certainly a must-try, along with the lasagna Bolognese.

“The lasagna Bolognese is also very popular,” Trujillo said. “On our menu it shows it only one day a week, but we actually make it more than four days a week. The students love it, because it is very hearty and it keeps you full. It has the right amount of proteins, the right amount of carbs.”

And although the menu also includes daily specials and antipasto plates, as well as sandwiches and salads—both of which have been noticeably popular in the Newton Center location—the star is undoubtedly Bottega Fiorentina’s signature Fedora sauce.

The famous Fedora sauce, which is a hybrid of tomato sauce and crème sauce, was a recipe developed by, and named after, Andrea Ferrini’s mother. Its unique flavor has drawn customers back again and again, and the people of Newton Center are no exception.

“A lot of people coming to the store—at least during the summer time—were people that maybe were students a long time ago and used to go to Coolidge Corner,” said Trujillo. “Now they live around this area and don’t go to Coolidge Corner that often, and they wanted to Fedora sauce again.”

The savory dishes are complemented by the gelato bar, a new addition for the Newton Center location, as well as a selection of local Italian pastries, and cookies available for purchase from the store’s grocery section. Customers can also procure fresh cold cuts and high-quality cheeses by the pound, and marinated olives, mushrooms, and peppers.

Already, Trujillo has created a family atmosphere in the new location. This is due in part to careful planning regarding the staff—many of whom come from the original Coolidge Corner location—but also due to the appearance of customers who are already regulars.

And with specials like $4.99 pastas on Wednesdays and Sundays, the group of admirers is fated to expand into the BC community and beyond, ultimately allowing Trujillo to continue his plans of growing the Bottega Fiorentina brand as a chain 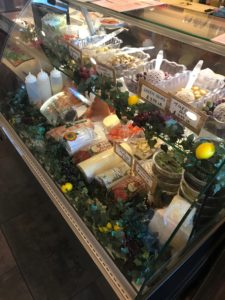