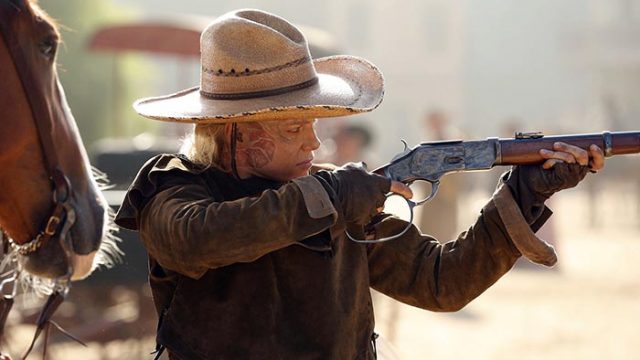 HBO’s ‘Westworld’ Set to Explore The Realm of Moral Outlaws

What is television but an escapist fantasy into another world? And how far away are we from such entertainment becoming a simulated reality? As we become more adept at building worlds on screen, we also hone our skills at crafting worlds in this reality. From the creative mind of Michael Crichton, helmed by J.J. Abrams and Jonathan Nolan, Westworld premieres this October to delve into the moral conundrums of artificial consciousness inside an elaborate Wild West theme park.

Amid the daily operations of Westworld, the show follows human visitors and artificial inhabitants of the park as they interact and mingle. Drawing up fantasies and bringing them to fruition, the park serves as a fulfillment of yearnings for those brave enough to venture into the artificial domain. Unaware of their fabricated, servile reality, the artificial beings are manipulated and influenced to suit the needs of Westworld guests.

Just a few inhabitants of Westworld, Teddy Flood (James Marsden), Dolores Abernathy (Evan Rachel Wood), and Maeve Millay (Thandie Newton) go about their lives presupposing their own will, while unaware of its prefabricated nature. As the show progresses, it is all but certain that the narrative will follow an allegory-of-the-cave-like progression, albeit with synthetic lifeforms instead of human ones uncovering the terms of their imprisonment.

Behind the scenes, the park’s creator, Dr. Robert Ford (Anthony Hopkins), chief of operations, Theresa Cullen (Sidse Babett Knudsen), and head of security, Snubbs (Luke Hemsworth) work to ensure that the interactions between guests and Westworld inhabitants are satisfactory, while maintaining order threatened by the constant volatile nature of the western-styled chaos. Meanwhile, Bernard Lowe (Jeffrey Wright), grapples with the artificial lives he has created, as they roam a caged world, maintaining their function despite their captivity. Ironically, the Wild West is not so wild after all.

The 1973 film by Crichton, on which the series is based, is rife with potential for the new series. The story harbors the potential to investigate human obsoletion, the rights of artificial life, and the notion of moldable realities. These varied issues are provocative veins that are constitutional aspects of the show. Due to its thematic and nearly identical backdrops, many of the same emotional, philosophical notes of Crichton’s Jurassic Park film adaptations are sure to make an appearance.

To quote the immortal Jeff Goldblum, “Life finds a way.” In this instance, one may suppose artificial life is also included.

The show is also an unlikely marriage of two beloved genres—science fiction and Western. Who is to say what kinds of undesirable situations various gunslingers could get themselves into once their bravado is crushed by the fact that they are not “real?” What untapped potential lies in their mechanical or biomechanical forms?

Visually, the show is apt to be an eclectic melding of the future and past. Westworld is likely to host a variety of different styles, ranging from dirt avenues littered with tumbleweeds to the glossy finishes and steel frames behind the horizon.

The show’s star-studded cast is sure to impress and, from initial trailer releases, compelling performances from Hopkins and Wood look to be on the horizon. In a series built on lofty science fiction ideas, solid performances are needed to bring stability to the emotional fulcrum. Ed Harris is another notable cast member, cast as The Man in Black, or the Gunslinger. His sight in the falsified world is a reminiscent reversal of his time spent as the man behind the curtain in The Truman Show (1998).

Westworld is poised to be an engrossing show, for both its visuals and narrative content. Depicting a future that is creeping closer to reality by the second, shows like this are a likely preamble to the inevitable future we will face. Old films, like Bladerunner (1982) and Total Recall (1990), have dealt with similar topics, while new ones, like Ex Machina (2015), continue along the same paths of investigation. Westworld may be an alluring reverie into the worlds of Colt SAA revolver duels and fateful tales of outlaws, but it may just keep us around wondering what exactly is behind the eyes of Westworld’s outlaws and townsfolk alike. Are they human? Or are they something else?