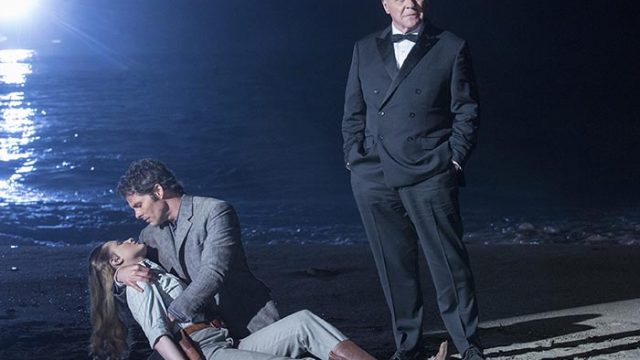 “How can you learn from your mistakes if you don’t remember them?” Bernard (Jeffrey Wright) asks Maeve (Thandie Newton) as she prepares to enact “her” plan of escape, forget her daughter, and undo the hurt that lies within her.

Coming from a place of confusion, rather than pain, I would ask much the same question to the writers of HBO’s Westworld about the conclusion of its premiere season. With so much riding on its back, Westworld set out to be a tasteful, yet gritty work of science fiction. Engaging us on intellectual grounds and revitalizing the childlike desire to romp as a cowboy, the show was, and in many ways is, one of the best futuristic epics to date. But, much like the West itself, Westworld’s eagerness to expand outside its borders has it reaching the end of its finite narrative world.

Without a doubt, the cinematography of the show is stunning. The hefty 100 million dollar budget on this first season was put to good use in creating an aesthetic that felt authentic, rustic, while at the same time strangely “perfect” all at the same time. That clean cut nature of much of the costuming and score was, in part intentional, lending to the eerie notion that not all was as it seemed within the park. German-Iranian composer Ramin Djawadi spoke with Pitchfork explaining how even the music furthers narrative themes.

“You see the settings and the way people are dressed and even though you know it’s robots and it’s all made to be modern entertainment, you would think the people in control would make everything authentic, including whatever is played on that player piano,” Djawadi said “It would be from that time period. And when it’s not, it’s that subtle reminder that, ‘Wait, there is something not right. This is not real.’ It’s just such a powerful tool that only music can do.”

Additionally, that budget landed some big name actors whose inclusion was not a distraction, as might have been the case with Academy Award winner Anthony Hopkins, but a masterful integration into crucial character developments. Hopkins masterfully conveyed the Ford-characters sociopic god-complex in a way that only a seasoned actor seemingly could. In almost every scene, this fact was markedly apparent.

The other actors and actresses, namely those portraying hosts like Evan Rachel Wood, James Marsden, and Jeffrey Wright, proved that they possess an incredible acting range as they were able to turn emotions on and off in an instant as needed. In moments that could quickly devolve into farce, Wood could shift from an inconsolable emotional wreck, panting and all, into a emotionless visage.

Harrowing are the moments where Dolores (Wood) says, without a hint of emotion, her true feelings. When she states in the first episode, “I’m terrified,” her somber delivery reaps more emotion than a outwardly emotive moment could have.

Within its cast, Westworld finds the most of its success, as without these ovation-worthy performances, much of the rest of the show may have fallen flat.

Some people do choose to see the ugliness in this fictional world—and for good reason. Westworld detracts from itself when it takes on too much at once. Reminiscent of the faults of Lost, with details that begin to compound, the future looks uncertain. The original 1973 Michael Crichton film was simple in its premise—a park houses robots in which people come to indulge vice and pillage. The television adaptation set to expand upon the philosophical implications for the hosts, housed within that Western fantasy. The latter half of the season sees many mainstays of the earlier half fall to inconsequential or lackluster ends. The Maeve storyline, the Maze, the Man in Black’s identity, and Wyatt come to dull conclusions. This is not to say that the story is incoherent or hard to follow, but the manner in which the story develops is unfulfilling. The finale feels deflated as many of the longstanding issues are played out in a tensionless environment.

As they crafted a story about a world in which everything has purpose and is meticulously crafted, it is disappointing, if not shocking, that the writers would not exercise a similar amount of precision and cunning within their own creation on the small  screen.

Instead of spending due time elevating these would-be pivotal moments, with Ford, Dolores, or Bernard, we are brought on an excursion to future Delos properties or to a conclusion of hapless, pedantic bloodshed for bloodshed’s sake. In an interview with Entertainment Weekly, producer Lisa Joy made it clear early on that Westworld was being thought of as a longterm project.

“It wasn’t about getting the first 10 [episodes] done, it was about mapping out what the next 5 or 6 years are going to be,” she said.

While such aspirations are admirable, it is disheartening to see such valuable time in a virgin, functioning Westworld pushed aside. After the conclusion of the final episode, it seems more time could have been spent exploring Westworld while it still was Westworld.

The moral conundrum of the show, whether the hosts are alive in the truest sense, is no more fully realized than at the beginning. We have seen the inner machinations of thought that Ford and Arnold sought to flesh out, but apart from our own insights into the characters themselves, the show has offered no single congruent message to demand that.

Many shows in the past—Lost, Alias, The X-Files, and many others—have at one point grappled with “asking questions you are not supposed to ask.” But in this sense, they are simply asking too many questions and treating with avenues that are best left unexplored until future seasons. A 10-episode season is far too short for a show stuffed with as many lofty ideas as Westworld to truly flourish.

Down the line, in future seasons, one may hope to find an order to our days.

After seeing the season to its end, viewers may feel a little like Old Bill, just ready to put themselves away and move on to more comprehensible matters as Ford articulates his complicated thoughts:

“That is one humdinger of a story, partner. Shall we drink to the lady in the white shoes?” 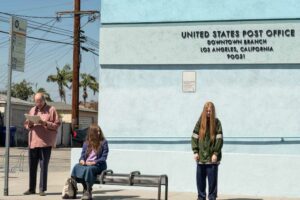