Home » Asking for a Miracle and Getting It 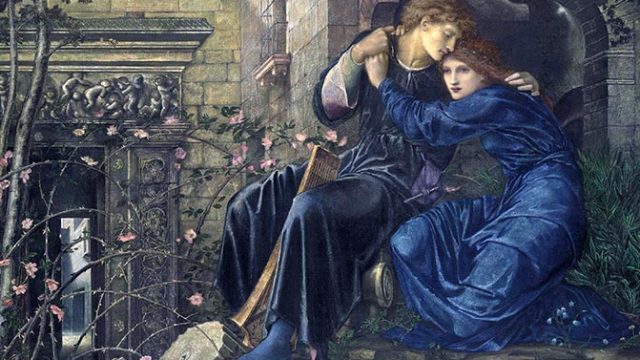 Asking for a Miracle and Getting It

In keeping with my literary analysis of Walker Percy, I find myself drawn to a particular notion that seems to prevail within his novels. As he explores the woes of being a writer, Percy’s Love in the Ruins grapples with the notion of emotional motivation among the citizens of the small, fictional Louisiana town of Paradise. Percy delves into why we feel the way we do and how we cope with it.

When one is feeling happy, there are innumerable sources to which one may credit that happiness. But when the same scene is set for the unpleasant emotions of sadness, regret, and apathy, without the source, the implication is a recipe for depression.

Percy finds as much in one of his characters. The man, wrought in self-doubt and alienation, can confide in no one as he searches for the root of his painful depression. Pleading with the divine, he asks for a miracle—something to justify the way he feels, for his suffering cannot be for nothing. Then his daughter is diagnosed with a terminal disease. As if to retroactively justify all his past woes, the man now has a reason to feel the way he does.

In life, we often look to the past to motivate our current status or disposition. What seems counterintuitive is to look to the future. A man in the throes of depression looks for a reason, any reason, to justify his current state. Why would he feel such a way without reason? But as Percy explores in the novel, these things come at a cost.

As the man rejoices in his newfound self-understanding, he has to deal with the impending death of his daughter. Her dying is a gift from the divine in his eyes, as his internal strife has become manifest in the physical world. One of the most poignant lines in the novel comes when he questions, just for a moment, if his silent wish should have come true.

“Suppose you ask God for a miracle and God says yes, very well. How do you live the rest of your life?”

It is reminiscent of a God who does not give you what you expect, though it is precisely what you asked for. It reminds me of a moment in Evan Almighty when God explains the nature of prayer and miracles. Looking onto Evan’s wife, God lovingly says, “If he prayed for courage, does God give him courage, or does he give him opportunities to be courageous?”

For Percy’s character, would God give him solace or a moment to find solace?

But such comfort in death, strange as it is, was only a passing remedy. As his daughter passed, the solace and understanding was taken away all at once as he had to find something else into which he could funnel his depression.

This is a very pertinent notion in the modern world as we look to find the reason we feel the way we do. As previously stated, we are very accustomed to the cause-effect relationship associated with our feelings. That notion is directly orientated with looking back in time. But, as if through clairvoyance, can one also look to the future?

I’ve found that the way in which we deal with our emotions is so deeply rooted in cause and effect, that any deviation from it is cause for internal anguish. When we have reason and purpose to feel bad, we are okay with it. The thought of meaningless torment does not sit well.

In Westworld, Ed Harris, as the Man in Black, states in a recent episode that people come to the park to find purpose, a quality the real world lacks. He delves into the suffering, pain, and bloodshed of a world where it certainly has a deeper meaning. There always has to be meaning.

So when we are looking for the heart of our discontent and discomfort, though we may look to lessen its effects on us, it is considerably more comforting to know that all the suffering has a meaning and that the emotional torrents we endure are not for nought.