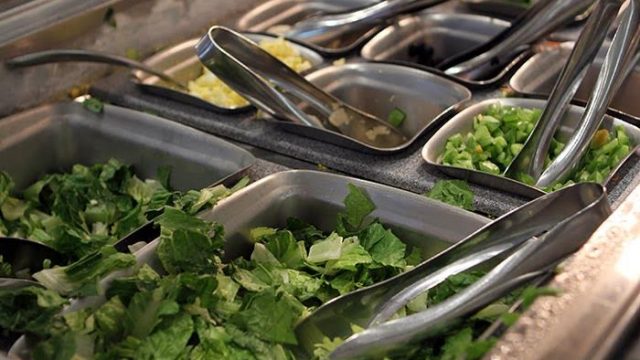 On Sunday afternoon, Araba Mantey, MCAS ’18, made a broccoli salad for lunch in Carney Dining Hall. Partway through the meal, she realized her broccoli was covered in small bugs.

At first, she noticed that the tips of the broccoli were dark. She ate one piece of broccoli but after further inspection, she discovered that a piece of broccoli in her salad bowl was bug-infested. She showed her friends who she was eating with, including Perla Lara, MCAS ’18.

“I look at it, and I see all of these little brown things, and I was like ‘Oh my God,’” Lara said.

The girls found a Carney Dining Hall employee and told him about the bug infestation. He asked to see the food, and they showed him the broccoli, Lara said.

He took Mantey’s salad away and offered her a refund, as well as a free meal. He didn’t, however, remove the broccoli from the salad bar, as far as the girls could tell.

“I just didn’t think it was taken seriously,” Mantey said.

Despite what the girls could have thought, Boston College Dining Services does have a process for cleaning its produce. The vegetables in the salad bar come from a vendor that washes the produce before placing it in vacuum-sealed bags. Once BC Dining receives the food, it blanches it—places it in boiling water and then in cold water—and puts it out in the salad bar.

“I would say that in almost all cases this process would ensure that the produce in the salad bar is clean and safe to eat,” said Elizabeth Emery, head of BC Dining. “So this is a rare occurrence.”

This is the first time in her three years at BC that Emery has heard of any sort of bug issue.

“We certainly take the food and safety very seriously,” she said. “The FDA has very particular guidelines for handling food and produce, and we make sure to follow the guidelines.”

BC Dining has 120 employees certified in food safety and sanitation, many more than the one required per dining location. So many employees are certified because BC Dining offers training for it twice a year.

After receiving the complaint, Emery said, BC Dining checked the remaining produce to ensure that it was not also infected. Emery has also reached out to the vendor to notify it of the problem.

“We’re saddened to see the photo,” Emery said. “We certainly, if a student has difficulty at all with anything dining-related, we want them to bring it to the managers so that we can address it immediately and do whatever we can to rectify the situation.”

Lara took photos of the broccoli and posted them in the BC class of 2018 and the class of 2019 Facebook pages the next day.

Mantey said she has received mixed feedback on her post. Some people accused her of faking the photo and others have recognized her on campus as “the girl who posted the pictures of the broccoli.” Emery also reached out to Mantey. They are planning to meet later this week to talk about the incident.

Since Sunday, Mantey has resumed eating salads from the salad bar because she is trying to eat healthily. But she now steers clear of the broccoli and has said that she has lost her trust in BC Dining.

“I don’t know that someone else ate some of the same salad bar and actually ingested something that had those insects in them,” Mantey said. “That’s really concerning.”

Correction: this article has been updated to reflect the fact that the girls spoke with a Carney Dining Hall employee.

bc dining services elizabeth emery carney dining hall broccoli
Beginning its Final Year at BC, Juice Proves it is Still Fresh
Alice in Chains, Jim Gaffigan, and A Cappella Fest This Weekend in the Arts 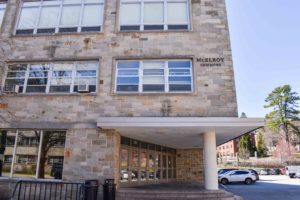