Home » Early-Year Mailroom Issues Should be Prevented Next Year 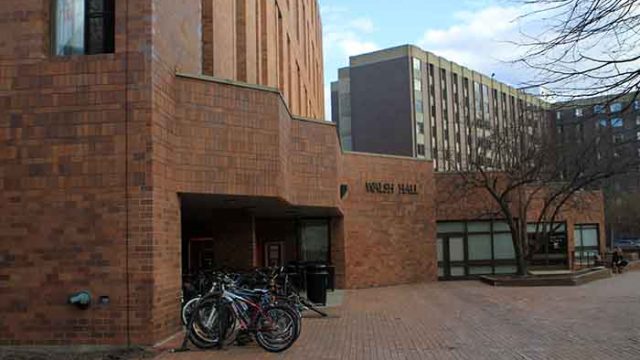 Early-Year Mailroom Issues Should be Prevented Next Year

During the first few weeks of school, the mailroom in Walsh Hall was overwhelmed. Packages were stalled in processing as an influx of online orders, coupled with smaller facilities and delayed pickups, kept packages in the processing room for days after they arrived. The Walsh mailroom, which had to be used after the demolition of Edmond’s Hall, does not have the facilities to handle the 10,665 packages—an average of 367 packages per day—that it has received during this first month of school.

Boston College Facilities Services has done an admirable job of working through a difficult situation and clearing the backlog of packages. The backlog was cleared on Sept. 14 and now, the mailroom is running as it should be again, and students are receiving packages on time. The nine members of the mail staff deserve commendation for working through the excessive number of packages while also dealing with limited space. They addressed the problem quickly and prevented worse delays. But the difficulty of the first few weeks should help BC Facilities better prepare for the beginning of next year. Considering the size constraints and the growing popularity of online textbook ordering, Facilities should be prepared for a similar, or even worse, onslaught of packages come next September. Expansion of the Walsh mailroom is one effort already in the works. This expansion would be a positive step toward more efficiently delivering packages next year.

One way to prepare for this would be to create temporary mailrooms for overflow packages. The minimized space was a large factor in the backup. By allocating other spaces as mailrooms in the case of overflow, there is more organization and space so that the most students possible have their packages waiting for them. Another issue was students not picking up their packages. Last week’s extended hours in the Walsh and Vouté mailrooms proved successful, as numerous students picked up their packages in the later hours, nearly doubling the mailroom’s delivery rate. In preparation for next year’s September orders, the mailrooms should institute extended hours from the first day and continue until at least mid-September. By keeping the mailroom problems of the past few weeks in mind, BC Facilities should prepare for next year and work to make the mailroom process more efficient, while also preempting some of the technological and logistic problems that stalled delivery. 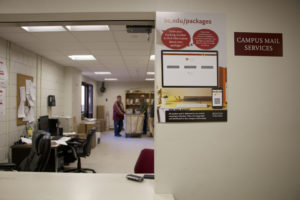