Home » Breaking Monotony: The City Might Not Be What You Expect 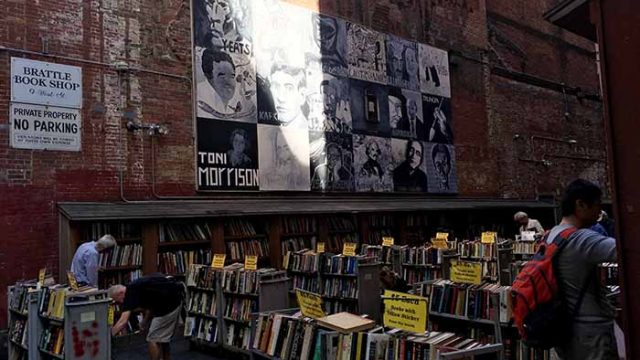 Breaking Monotony: The City Might Not Be What You Expect

It’s that time of the year where I begin my morning walks without ever thinking about where I am going—my legs just take me there. No matter what stimulating distraction the world happens to throw at me during those eight to 10 minutes I spend walking up the million-step staircase, sweat running down my back and all, I eventually get to my destination. Startled, I look up to find myself at the door of my lecture hall with my morning coffee still steaming in my hand and my headphones still blasting the soundtrack to whatever I feel like that day.

The routine has set in.

Under normal circumstances I find myself an ardent supporter of routines, as they give me the illusion that my days remain somewhat stable, allowing me to live under a thin veil of simulated normalcy. However, I know better.

Wake up at 8 a.m., shower, get dressed, wait for the elevator to eventually reach the 6th floor so I can get breakfast (only to realize I have a grand total of five minutes to buy my food and eat), sit down in class, each lunch, study, watch some Netflix, fall into a whole-hearted slumber. Repeat.

One of my roommates said to me, half jokingly but with just enough seriousness to get me to actually consider the scenario: “If you really think about it, I would be so easy to kill me … I do the same thing every, single, day.”

That hit a nerve as I saw myself unwittingly embroiled in such a predictable schedule. Is this what my life has come to now? I wondered whether if I could track my daily steps, would they all be in the same general vicinity? If that’s the case, then what other predictable activities do I engage in? Could people predict what I was about to say?

This realization filled me with an unnerving feeling that brought to the forefront all of the anxiety I had built up with the full force of an erupting volcano, with all of my insecurities spewing out like lava. I decided to try to change it—do something different, break the cycle.

I soon found out that shifting gears isn’t as easy as it sounds. While everyone envisions a glamorous afternoon wandering through the Boston Common, with stops in Copley and Newbury for some shopping and food, you can only do those things so many times before even they become part of your routine. When I finally went downtown one day, I felt alone in a crowd of people, overwhelmed not by usual features of a city, such as bad drivers or screeching noises emanating from every discernible direction, but by the sheer fear that comes with stagnation.

Walking around, seeing the deplorable faces of the humanity surrounding me, I heard a noise. Thump, thump, thump. Getting louder and louder with every step I took until I felt the sound waves striking my being, going through me and bringing me out of my anxious stupor.

I looked around the corner. I found myself at the Common and followed the source of the noise. Suddenly, a crowd turned the corner in what seemed like slow motion, and I saw the origin of the sound: a large drum repeatedly struck by a young girl. She was leading what seemed like a protest, but I no longer cared. I was intrigued by the situation and the effect it had on my state of mind.

My anxiety dissipated into oblivion as if it had never existed. This was all it took to break me free from my edgy state. Looking back it wasn’t a good day, not even an average one.

Going into the city doesn’t always bring to the table what I expect it to, not anymore anyways. But, I saw something I had never seen before, something unexpected, and that, in itself, was enough for me to unravel the shackles of monotony.

Doña Habana Brings a Taste of Cuba to the South End
Public Trust: Just Say It to Me Straight