Home » ‘Cowspiracy’ Strips the Meat Industry Down to the Bone 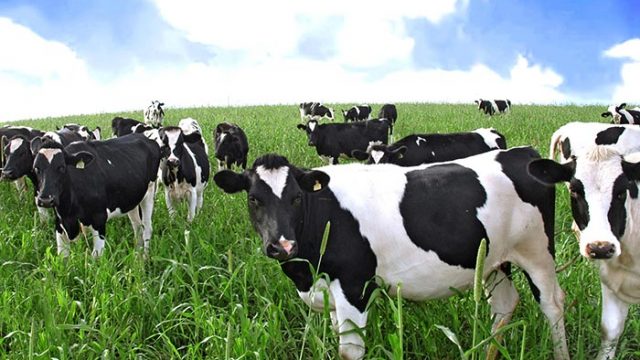 ‘Cowspiracy’ Strips the Meat Industry Down to the Bone

The Environmental Caucus, a committee housed under the Undergraduate Government of Boston College (UGBC), presented a screening of Cowspiracy: The Sustainability Secret last week. In Kip Anderson’s 2014 documentary on the dark secrets of the meat and dairy industry, Anderson, an “aspiring environmentalist,” travels across the United States as he uncovers the harm that the production of meat and dairy products causes toward the Earth’s environment.

Anderson describes his conversion to environmentalism with the acronym O.C.E.—Obsessive Compulsive Environmentalist. He started behaving as every caring human should: taking shorter showers, composting and recycling, and decreasing his carbon footprint. Anderson slowly recognized, on the other hand, that his efforts were becoming more and more futile over time, thus prompting his research on what exactly was harming the Earth the most. His discoveries are what make up the entirety of Cowspiracy: The Sustainability Secret.

Near the end of Cowspiracy, Anderson comes to a chilling conclusion, based purely on the statistics of animal consumption: even if all utilities were turned off and every fossil-fuel-guzzling system of transportation ceased immediately, environmental damage that results from greenhouse gases would be irreversible. According to Anderson, even with humanity’s greatest, greenest efforts, the dairy and meat industries will still eventually destroy life on Earth.

Without question, this is not a message that the general American populace wants to hear. Anderson recognizes it may sound a tad hyperbolic, but he decided to share his message. After the murder of rainforest activist Dorothy Stang (and the subsequent murder of over 1,000 Brazilian environmentalists), Anderson nearly shelved his project. Upon completion of his filming, however, he decided that the message was far too important to back out of in the face of fear.

And at BC, willingness like Anderson’s to “change the world,” as it were, seems to lurk inside the minds of many, even at the cost of creature comforts. This has never been more apparent than last Wednesday night in Stokes South 195. A gathering of students came together to confront the reality of the dairy and meat industries—though Anderson’s documentary is rooted in humor, it does not shy away from the horrors that the industry inflicts on animals and humans alike. As Anderson comes to realize, it would be easy for BC students to avoid fear and persecution by ignoring the problems posed by Cowspiracy. The Environmental Caucus, however, rejects this path in its willingness to screen controversial material.

Many on BC’s campus feel as though the University is not socially progressive enough. Whether it is the lack of a LGBTQ resource center or non-sponsorship of sexual health education, fighting for lesser-known issues can be a challenge for students under the Jesuit umbrella. Thankfully, these much-needed conversations often find their place in various BC clubs and organizations—one of these being UGBC, of course.

Environmental issues are not always at the forefront of all students’ minds, but they are just as important, if not more, as any other social issue, and Cowspiracy shows that students are willing to discuss environmental issues in all of their complexities.