Home » A Blue Sarong in a Sea of Pink Whales 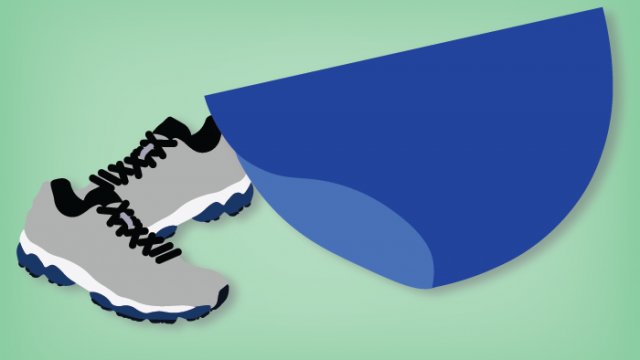 A Blue Sarong in a Sea of Pink Whales

If I told you that Boston has a Fashion Week, would that shock you? Because the first time I heard about it, it definitely shocked me.

Across the country, Boston has a reputation for a certain kind of style. In New York, you wear only the most chic ensembles of head-to-toe black. In D.C., you pair your power suit with sensible shoes while running to the Metro. In L.A., your free-spirited boho outfits are infused with the laid-back cool of an endless summer. And in Boston, you live and die by the code of prep. For many inhabitants of the city, each day is another chance to showcase a carefully chosen uniform, which might include everything from strands of pearls and vibrant floral prints to boat shoes and pastel plaids that know no seasonal bounds.

These are, of course, all stereotypes. But given the close-quartered nature of a city, the development of a regional aesthetic is inevitable no matter where you come from. So even though there are many Bostonians with an individual sense of self and style, people who strictly avoid anything with even the hint of a pink whale, the dominant aesthetic does lean toward something more constrained and conservative—traits that don’t normally come to mind when people think about self-expression through clothing.

Maybe it has something to do with the city’s tenacious puritanical roots, which most clearly maintain their grip on our late-night transportation (not to mention our nightlife itself). Wouldn’t it make sense that these austere ancestors, clothed in simple suits and long, crisp dresses of muted colors, would have left some kind of visual legacy not only regarding what was proper, but also regarding what was beautiful?

But whatever the reasoning behind the Boston aesthetic happens to be, you can get used to seeing a certain kind of person in the city streets, and begin assuming that this uniform just happens to be the way that Boston, and many other cities, naturally work. And just when you’re falling into a visual lull, you might see something that will shock you.

For me, this person stood out more because of what his outfit lacked. I first saw him from a distance, and assumed that he was wearing a superhero costume—something that involved a nude bodysuit and electric blue underwear. But as we walked toward each other, his long, white hair blowing in the wind, I realized that something was off with my superhero costume theory.

If I squinted, I could make out some wrinkles and overall details (like a belly button and shading on a very round stomach) that would never be visible on someone wearing a bodysuit. It dawned on me that this was not a costume. There was no bodysuit. This man’s outfit was nothing but a bright blue sarong, and a pair of black plastic hiking sandals.

As we passed each other on the path, his eyes intently focused on the book balanced on his stomach, it took every ounce of my willpower not to turn my head and stare at him from such a close distance.

At first I was stunned, not so much by the shock of seeing someone comfortably wearing a sarong in public as by the sheer bravado it must take to wear an outfit like that in Boston. But the more I thought about, the more my shock seemed out of place.

Cities have the power to lull outsiders, even inhabitants, into believing in cultural fronts—like a preppy façade. If you can look past what you expect to see, Boston becomes a trove of sartorial inspiration. It contains unique perspectives, like the interplay between fashion and technology, that are essential to the eternal conversation about how people present themselves to the world around them.

I guess when you think about it, Boston is the perfect place for Fashion Week.

boston fashion week
From Courts to Fields: Inside the Legal Battles Facing the NCAA
Mike Debus Paints with the Untapped Colors in Us All