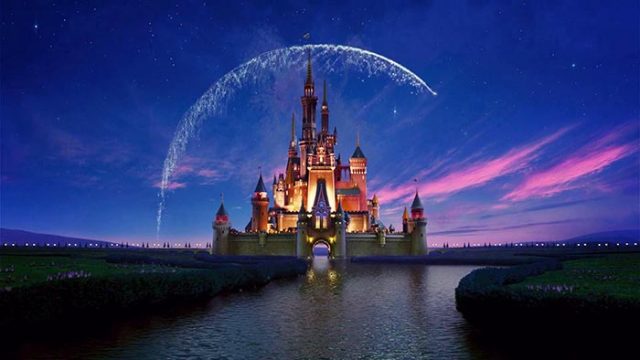 The crudely designed white castle stands out prominently against a sky blue background. Suddenly, a glowing light emerges from the base of the building’s right side, its elegant path tracing an exaggerated arc as it soars above this iconic castle. Simultaneously, the first twinkling notes of a familiar underscore promise an afternoon of animated bliss.

Read this vague description aloud to anyone born before the turn of the century, and they will likely identify the animation in mind without hesitation. Inquire about it to a turn-of-the-century tween, however, and they’ll probably be bewildered.

Alright, alright, I take it back. I’m not naive enough to truly believe that one of the world’s leading providers of entertainment and thrilling theme park experiences is in any conceivable way close to extinction or nearing its ultimate demise. What I do mean, though, is that the kind of Disney films I cared so much for as a kid seem glaringly absent from age groups that followed directly after mine. It seems like the classic, two-dimensional Disney flicks that helped to form my early understanding of the world have given way to 3D fantasy worlds of intricately designed forests and glitzier CGI-generated gowns.

As I muse over the mammoth impact technology has imposed on the evolution of animated movies over the past decade and ponder the transience of entire generations of children’s entertainment, a brief snapshot of my youth materializes. It begins with the aforementioned logo introduction.

Teeming with the anticipation of viewing a favorite film and unable to keep silent any longer, 8-year-old Hannah hums along. The 15-second Walt Disney Pictures logo and accompanying, music-infused introduction appear on screen. My four cousins, three siblings, and I fight for a comfortable spot on our small living room couch. While the adults prepare dinner for us in the adjacent room, the kids are immediately lost in an unconventional kind of history lesson. It’s Disney’s hand-drawn, abbreviated history of the Golden Age of Greece—an adaptation in the form of a fantastically sassy, soulful song called “The Gospel Truth.”

If I could venture a guess based solely on our family’s affinity for Disney animated films, this particular viewing party was perhaps the third time we had unanimously decided to watch Hercules that week. Throughout the course of my childhood, this pre-dinner scenario was part of the weekly routine. A young Disney aficionado, I considered it a time-honored and familiar occurrence. With an expansive selection of Disney films at our disposal, we knew every line of dialogue in 101 Dalmations and had soaked every song on Oliver & Company’s soundtrack into our subconscious. We didn’t go a day without quoting The Lion King’s wise Rafiki, and we demanded that mom keep the Mulan CD soundtrack in the Toyota Sienna for a totally rockin’ road trip playlist.

But recently, when I made a rather witty reference to the incomparable Mushu in Mulan, my little sister shocked me with an inconceivably offensive question. A look of consternation contorted her face, and she asked the question: “Which princess is that?”

The number of kids who may never develop the Disney-related cultural literacy needed to understand my clever jokes increases with every passing day. Never before did I consider that I might someday live among a subgroup of individuals who don’t remember the simple delights of good old, 2D animated Disney movies. I pity my sister and all others like her. She lives in a whole new world of Annas and Elsas—a realm populated by pixelated Rapunzels and CGI snowmen.

This is not to say that I in any way despise Disney for progressing as techniques and technology do. It certainly should. I mean, its CGI stuff is impressive. I’m amazed by the quality of painstaking detail, and I’m dazzled by the content of new Disney films. The logo introduction has metamorphosed into a masterpiece made by a computer’s 3D capabilities—the animation now has fireworks, and the castle boasts a pretty badass moat.

I guess what I’m upset about is the hypocrisy of it all. What Disney has done is unforgivable. Contrary to its tireless mission of unearthing and exciting the child within all of us, Disney has managed to do the exact opposite with its fancy effects and abandonment of simple animation styles of yesteryear.

For the first time, Disney has made me feel old.