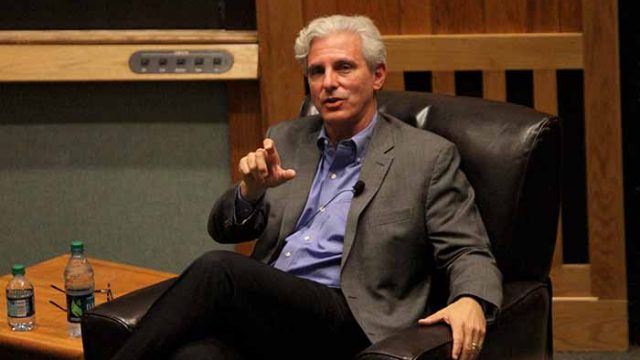 Distinguished in the fields of both medicine and business, David Barash, chief medical officer and executive director of Global Health at the General Electric Foundation, visited Boston College Monday to speak about his experience.

The event, which was hosted by the Carroll School of Management Honors Program, was the first in a series of programs called Business&: A Speaker Series for All. The goal of this series is to introduce leaders who have succeeded in merging their call to social justice with their passion for business and other fields of work.

A graduate of Cornell University and Cornell Medical School, Barash approached his medical career broadly, unsure of precisely what he wanted to do from a clinical perspective. That changed one night, six months into his internship. Barash recalled the time he watched over a patient in critical condition.

“I pivoted,” he said. “I wasn’t meant to be someone in an office practice seeing patients with chronic diseases. I was meant to be with the sickest patients.”

Barash said that this was the first of several pivots in his career. After completing his emergency medicine residency and gaining experience as a practicing emergency physician, he began to manage emergency departments.

Throughout his 12 years of work in that field, he became fascinated with technology. Again, he pivoted to his newest interest.

For the next year and a half, Barash spent time talking to people from all different fields to find out what opportunities existed for a man with experience as a practicing physician and some background in management who had a rapidly evolving interest in technology.

“I pivoted. I wasn’t meant to be someone in an office practice seeing patients with chronic diseases. I was meant to be with the sickest patients.”

“For me, success is just talking to people,” he said. “I showed up in conversations to hear what was going on.”

Finally, he found a niche. Medical technology companies that designed advanced medical equipment lacked a permanent medical affairs physician. They would consult with practicing physicians, but not consistently. He began to work as a permanent consultant for these companies.

A few years later, GE found him. Six years ago, he joined their team, working in one of the business units that developed new medical devices.

The GE Foundation is a philanthropic organization of GE. Its goal is to better the world through energy and technology. Barash was promoted to chief medical officer and headed a team that identified and worked with medical issues on a global scale.

While he was visiting several remote African villages, Barash noticed that operating rooms were not sufficient for performing surgery.

“There are 17 million deaths per year from lack of access to adequate surgery,” he said. “That’s more than the number of people who die from tuberculosis, malaria, and HIV combined.”

Over the past 20 years, the media has jumped from health issue to health issue, pulling a great deal of attention to a specific problem for a short amount of time, he said. For a while it was maternal and children’s health, then attention shifted to chronic disease, then to infectious disease. Now, the current craze is antibiotic resistance.

Barash explained that while these issues receive significant attention, many times only the effects of the problems are fixed. Managing the root of the problem is ignored because fixing it is daunting and complicated.

Barash describes the media’s focus on health issues as a kids’ soccer game.

The GE Foundation has developed a system to address and manage both the core health issues and their branching side effects. The foundation wants to make a sustainable difference in the lives of those it feels equipped to help, not just join the frenzy.

Throughout the event, Barash emphasized that he never would have imagined having the career he has now when he was in college. He reminded students not to think too narrowly about themselves, their talents, or their careers.

“Always be willing to listen,” he said. 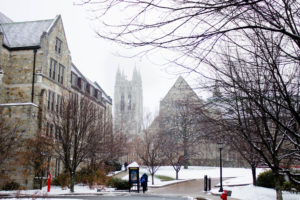