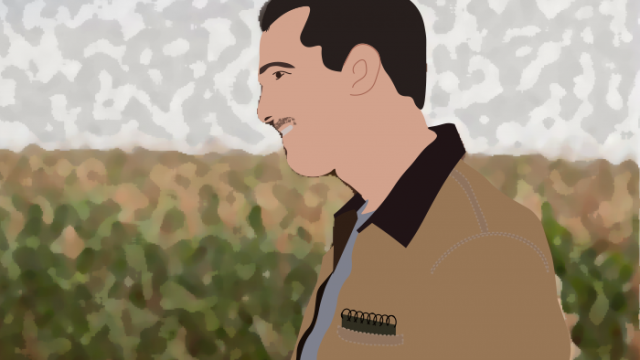 Tan Work Jackets – Have you ever seen Interstellar and thought, “All I want to do is dress like Matthew McConaughey for the rest of my life?” Obviously you have. Everyone has. And the best step to accomplishing this is to go out and get yourself a nice, tan work jacket. Walking around campus with your backpack on, you’ll look like you have literally no idea where you are. Because this is a college campus. And you’re dressed like a farmer. But who cares? Work jackets are amazing.

Using the Phrase “The Last Pale Light in the West” – When you’re wearing your tan work jacket, smoking a cheroot and gazing into the distance, people might pass by and ask you if you need any help getting home. Ignore their concerns. Just look out to the horizon, affect a gravely, vaguely Southern accent, and say “There’s a light yet to be found / The last pale light in the West.” Then tuck your hands in your pockets and walk on into the fiery sunset.

The Price of Fame – As an arbiter of taste and fashion at Boston College, I’m often approached by strange, usually somewhat smelly people who ask me to write about various failings they see at BC. This happened just the other day as I crossed Main Campus at roughly 4:23 on a Thursday morning. “Nice job using second person voice, you egotistical piece of crap,” someone yelled from Fulton. “Why don’t you say it to my face?” I yelled back. He then walked out of Fulton and said it directly to my face. “Not even first person plural,” he said. “You disgust me.” Struggling to maintain eye contact, I hunched my shoulders and shuffled away. That was when large oysters began to rain down on my head. Ducking for cover, I turned and saw an elderly woman with a bucket full of oysters joyfully tossing them at me. “This confuses me,” I said, as a slimy, recently shelled oyster struck my nose. “You’ve been ignoring the biggest injustice on this campus,” the woman said. “This the only way I can get your attention.” “The only way you can get my attention is by waiting in the Quad until 4:23 in the morning and then pelting me with oysters?” I said. “Yes,” she said. “Now look at Gasson.” I turned and saw that majestic tower of majesty. “Soops Gothic,” I said. “Do you notice anything about the lighting?” she said. I stared at it a few more seconds. “Oh,” I said. “I guess, but I don’t really—” “If you don’t write about it, I will follow you around and throw oysters at you every day,” she said. I shrugged.

The Differently-Colored Lights In Front of Gasson – One’s regular. One’s blue. Like an LED or something. Together they are two different colors. This is odd. Is it some sort of campus-wide conspiracy involving the acquisition of multiple pink laptop covers and a slow degradation of brain activity through the implementation of mandatory athlete’s foot treatments on every student and then an eventual double-vision cerebral-cortex-twisting as a result of repeated nights of staring at a double-lit blue/yellow building? Of course not. That would be crazy.

TU/TD They told me to use less tags. So I did.
A Lesson Learned from the Garbage Man
University Counseling Services Holds Focus Group for First-Generation Students