Home » ‘Arrival,’ ‘Constellations,’ and ‘Shut In’ This Weekend in the Arts 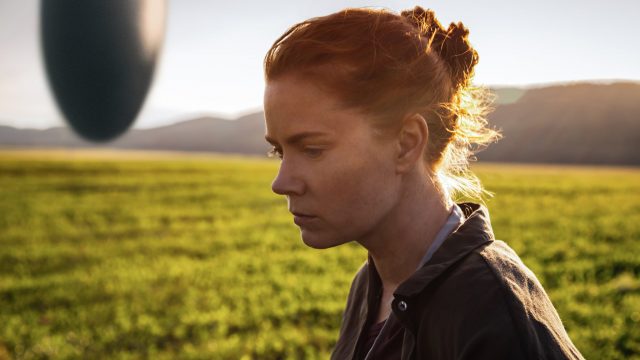 ‘Arrival,’ ‘Constellations,’ and ‘Shut In’ This Weekend in the Arts

When a fleet of spaceships lands on Earth, the fate of the world lies in the hands of an elite group of investigators. Amy Adams stars as cunning linguistics professor Louise Banks in this fusion of science fiction and mystery.

A young soldier is deemed an American hero after his admirable efforts in Iraq. Based on the Ben Fountain novel of the same name, this film is a flashback-ridden, perception-shifting showcase of the stark realities of war.

Directed by Ted Kearnan, MCAS ’17, this story of Marianne and Roland’s rocky relationship is romantic, endearing, and incredibly suspenseful. Located in the Bonn Studio, this evocative performance is expected to be a stellar expression of theatrical prowess.

This weekend, the House of Blues will play host to Maryland-born band Good Charlotte. The American pop-punk group will play hits like “The Anthem” and “I Just Wanna Live” to a Boston crowd this weekend.

Join My Mother’s Fleabag for wild antics and hilarious hijinks at this semester’s fall show. Hosted in O’Connell House, the imaginative improv group promises an entertaining showcase of comedic talent.

Naomi Watts plays a child psychologist whose life changes drastically after a car accident kills her husband and leaves her teenage stepson in a catatonic state. When a young patient goes missing, the family fears it is being haunted by the boy’s ghost.

This weekend, head to Trinity Chapel for a captivating music collaboration and Carl Orff’s most famous composition. Accompanied by the Boston College Symphony Orchestra and the Newton Country Day School’s Cantilare, the University Chorale will perform at its annual fall concert.

my mothers fleabag arrival constellations shut in the clock
‘Constellations’ Delves into the Recesses of Space and Time
Bittersweet, Dyanmic Vocals Makes ‘Eternally Even’ One of Jim James’s Most Powerful Albums