Vicetone, Bruno Mars, and Chainsmokers in Singles this Week

“Setting Fires” ignites an impassioned defiance of a one-sided relationship through a coalition of pop and indie vibrations. The Chainsmokers’ new release joins the ranks of “Closer” and “Don’t Let Me Down” in their EP Collage and follows a trend of contagious dance beats. Vibrant techno sound-mixing and XYLO’s glassy vocals electrify the poignant lyrics of “Setting Fires,” producing another hit for the in-vogue DJ duo.

“Versace on the Floor”- Bruno Mars

Bruno Mars ventures into the realm of the ’90s in his new single “Versace on the Floor,” revitalizing the framework of dance-pop with a sensual twist. Mars’s light yet velvety voice, joined by a frisky keyboard, produces a swanky kind of ballad that will leave you wanting more. 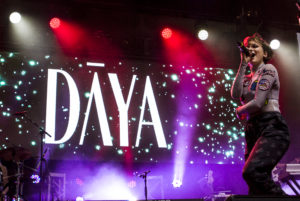