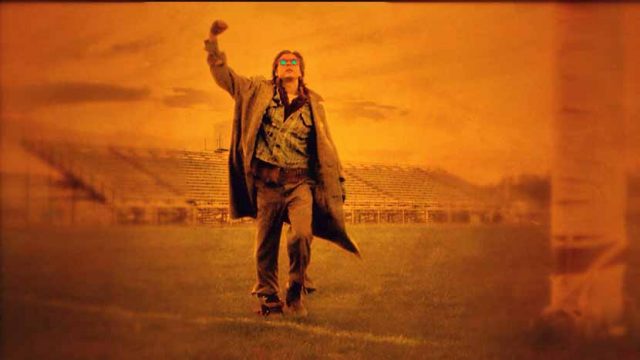 I’ve always had a thing for a good ending.

Whether they are from iconic Hughesian ’80s movies or a critically-acclaimed hardcover, I love the way some resolutions slowly piece themselves together and tie every stray subplot into tidy, logical little bows. At the same time, I still bask in the breathtaking gravity of an unexpected twist.

On the last page of a time-honored novel, the truth is revealed and striking sentiments are strung together in enchantingly eloquent sentences that boast the power to leave literature-lovers breathless (see Fitzgerald’s glittering Gatsby ending about that “elusive, orgastic future” for reference).

Similarly, as far as cinematic masterpieces are concerned, the final few minutes before that fabulous fade to black often tell you all you need to know about a film. How do the characters truly feel about each other? Observe their final, on-screen interaction. Will the spandex-clad hero triumph over his evil adversaries? Wait until the final scene to find out for sure. Do the star-crossed lovers escape their tragic predicament? Watch their escape plan disintegrate during the movie’s dramatic denouement.

It is the endings that become iconic, their profound implications rendered powerful as the director’s final seconds offer a last-ditch effort to convey all intended meanings.

Since the earliest days of Hollywood’s glitzy golden age, the industry has been teeming with fantastic and memorable film endings. Remember that iconic Casablanca exit? After Bogart’s character bids a tearful goodbye to his love interest, the actor’s recognizable voice predicts the beginning of a certain beautiful friendship. The last lines—spoken as the characters walk directly into a thick cloud of fog—suggest the men bravely move forward with their lives, regardless of their inability to see what exactly is in store for them. It’s bittersweet, sure—slightly sad, in a way—but simultaneously exciting and optimistic. During my time as an unofficial film aficionado, I’ve noticed an interesting pattern. A lot of movies adopt the same glimmer of hope at the end, despite any decidedly somber situations that precede it.

Take Miloš Forman’s 1977 adaptation of One Flew Over the Cuckoo’s Nest, for example. Our beloved “Chief” Bromden discovers the great McMurphy in a vegetative state, performs a mercy killing on the once-fearless leader, casually tosses a heavy sink through the window, and gallops across a dew-covered morning to the cadence of the emphatic whooping cheers from his fellow inmates. It’s glorious and exciting—justice finally served to a cold and unfeeling, linoleum-lined hospital ward.

In The Breakfast Club, a self-professed criminal thrusts his adolescent fist skyward in an expression of unbridled teen angst. At the end of a different coming-of-age classic, a priceless sapphire gem is tossed overboard and a seafaring young Leo DiCaprio waits expectantly for his onscreen lover in a dream-like transition to the next life. The paragon of melodramatic romance movies, Titanic suggests the eventual reunion of once-severed soulmates.

In The Dark Knight, a more recent masterpiece, Morgan Freeman walks purposefully away from a self-destructing system control panel. Meanwhile, a mustachioed Gary Oldman solemnly mumbles something about a, “hero Gotham deserves, but not the one it needs right now.” Confused and on edge, viewers are left wondering what will become of the masked hero. Sometimes, if the film is really fantastic, moviegoers find themselves searching anxiously for closure—for a satisfying solution that just isn’t there.

But they can still hope.

For me, the best thing about a movie’s last moments is not the epic CGI explosions or those delicious melodramatic last lines. Instead, I’m a big fan of those endings that allow viewers to imagine an entirely new life for their favorite characters. I like the ones that offer us a brief glimpse into a bright future. I like to be assured that the possibility for a prosperous and joy-infused future is not just possible for our protagonist, but probable.

This column will be the last I publish as the assistant arts editor for The Heights. Saying a short, sweet goodbye to this, my comfortable corner of the internet, isn’t all that easy to do. “It’s been a hell of a ride,” and all that (sappy, cliched) jazz. But I’m ready for a new kind of adventure.

Cue the inspirational instrumental music, and fade to that familiar black screen.

Dark Knight Casablanca john huges breakfast club
What Are You Most Thankful For This Thanksgiving?
Eagles Must Show Offensive Strength Against Connecticut