Home » I Open at the Close: Why We Write 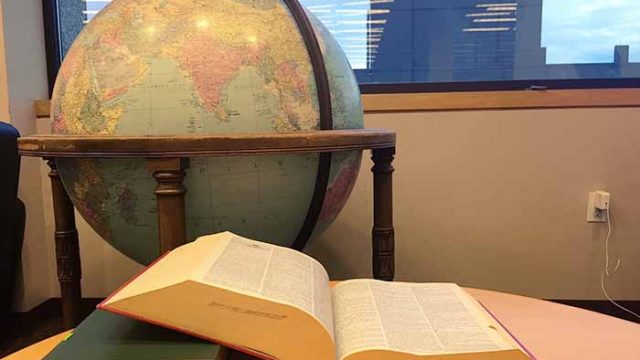 I Open at the Close: Why We Write

Why do we write?

Every time I sit down (or stand when I like to be adventurous) to write something, whether it’s an insignificant social media post or a grade-defining term paper, I’m mesmerized by the blinking cursor in front of a white expanse of possibility. I am the deity of this realm—my words, literally, are its command—I am in control of what happens here, unlike in the world that we live in. The precise moment right before I strike the first key brings exhilaration impossible in the material world. I evaluate the infinite possibilities of the keys and use them to craft something new that reminds me of humanity’s greatest achievement: words.

How is it that these indiscriminate signs can bring meaning to both the reality we experience and the inner machinations of our minds? Are these marks that we make on a page somehow connected to an inherent language imprinted deep in the confines of our brains that long ago we managed to tap into? If so, will we ever acquire the capacity to comprehend our own thoughts in their own terms and in their original form without having to go through the filters and limitations of language?

Regardless of the answers to those questions, language is our reality, through which we interpret the world and convey complex ideas in a way that is universally understood, to an extent at least. Words allow us to communicate and connect with others in a meaningful way: their arrangement dons us with the power to impart on others our own feelings in a way that is unique to us. From this arises the genius of the system: it is sturdy enough that if we follow certain rules it is accessible to all, but it’s flexible enough to impart our own touch to every syllable.

Words have the power to create images and foster emotions within us without actually having to be at the place being described or speaking to the author. It is a tool of endless possibilities that grants us the gift of communication.

Now, as I write my last column as Metro Editor for The Heights, I can’t help but feel accomplished but unfulfilled, improved but not good enough, excited for what is ahead but filled with nostalgia for the 2 years that seemingly went by in the blink of an eye. In this office, one that I’ve had the privilege to share with scores of wonderful individuals who somehow combine to make a whole, I have seen myself grow both as a writer and as a person. The experiences I have enjoyed during these past two years, notably covering what could turn out to be the most hotly contested election in history, have confirmed my passion for words in a way I hardly imagined possible.

But, back to the original question: why do we write? Well, there are several answers that are all valid in their own right, but I choose a three-fold one. Firstly, we write because we can—it’s within our own hubris to showcase any ability we may have, and this much is not surprising. The aesthetic of a printed page brings many an unrivaled feeling, as seeing the fruits of your work and the offspring of your intellect in a physical form only but feeds the ego. Secondly, we write because we have something to say, whether it’s a political opinion or an unpopular sporting belief (yes, I think LeBron is actually better than MJ). But lastly, and most importantly, at least for me, we write because we want to be heard and understood. Interpersonal communication ranks among the greatest challenges of our lives, but, if you find at least one person that can see beyond the veil of banal platitudes imposed by this arbitrary system and catch a glimpse of your inner being, it is worth it.

This is the real gift we are afforded, the power to share a bit of ourselves with others. So, every time I see the intermittent cursor on a blank page, I remember both the realm of possibility afforded to me as well as its ability to bridge the chasm between two individuals and enter into each other’s minds. In a world filled with uncertainty and fear, we must remember that we have a way to escape it all and enter into a dimension of our own creation, one filled with the joy of potential.

It has been a pleasure. 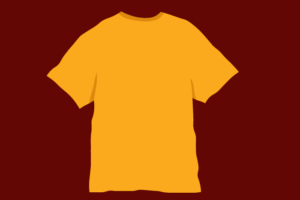