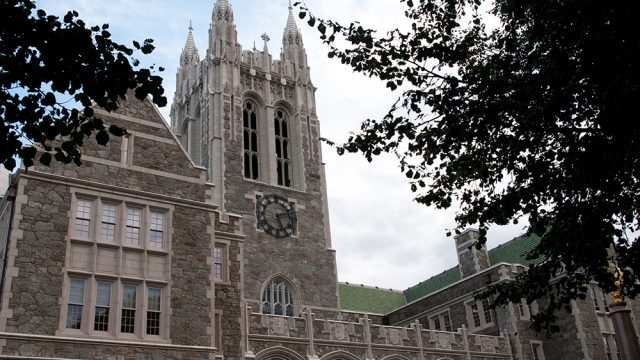 In the wake of the presidential election, we as faculty at Boston College declare our unequivocal opposition to racism, sexism, homophobia, xenophobia, Islamophobia, anti-Semitism, and all forms of identity-based hatred and discrimination on and off this campus. We believe in the power of constructive political dialogue and the imperative to organize and act in strategic, collective ways, but we refuse to engage in dialogue or action that sanctions hate speech or bigotry in any form.

In this spirit, we call on the Boston College administration to immediately adopt a zero-tolerance policy against hate speech. We also call on the administration to take proactive measures to counter the climate of hatred and violence generated by this election and its aftermath. Such measures should include a promise of safety and protection to groups under threat, as well as a statement of empathy for and meaningful solidarity with such individuals and communities. We further call for policies that encourage and support student and faculty action in pursuit of substantive social justice and political transformation. At stake at this historical juncture are not only the rights of women and minoritized groups, but the future of our planet, the welfare of the poor, and many other matters of urgent concern. We believe that actively addressing such issues of fundamental human importance is at the heart of our work as educators, and we call on the Boston College administration to join us in this effort.

37 COMMENTS ON THIS POST To “LTE: Faculty for Justice Declares Opposition to Trump Rhetoric”