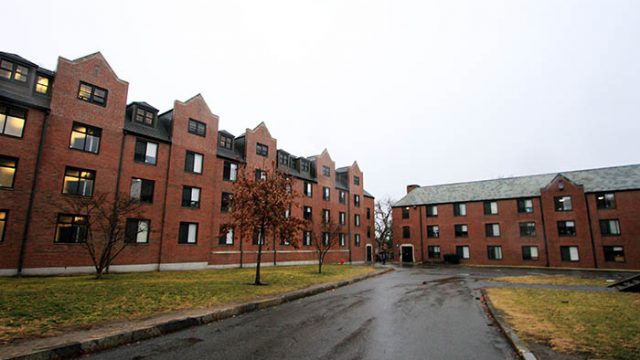 This year, the Office of Residential Life, resident directors, and resident assistants (RAs) have been working to form programs that allow freshmen to meet one another and create friendships.

RAs in freshman areas have traditionally held HOOTS (Hanging Out on Tuesdays) for their floors a couple times each month. During HOOTS, RAs meet with the residents on their floor and hold an activity—from watching a TV show together to talking about transitioning to college over pizza.

In the fall, the Office of Residential Life wanted to capitalize on the success of HOOTS and decided to expand them to include the entire building in events called CAHOOTS. This would provide students with the opportunity to meet people on other floors rather than constantly socializing with their floormates.

RAs will also hold three events under the Learning Outcome Program this semester.

Andrew Layman, MCAS ’18, held two Learning Outcome Program events last semester. During one of the events, Layman brought in captains from Freshman League to talk with the residents on his floor about male culture on campus and defining masculinity. The second event was co-sponsored by Agape Latte and sought to explain the importance of faith and family. These events were more formal and serious than HOOTS and allowed residents to have more meaningful conversations.

The building-wide events, which RAs refer to as CAHOOTS or group HOOTS, happen about once a month, Layman said. HOOTS continue to happen every other week. Four CAHOOTS are planned for the spring semester.

Layman said that the response from freshmen about CAHOOTS was mixed, as many felt like they had not met new people and continued to socialize with only their floor. Most freshmen favor HOOTS because it was more comforting knowing everyone there, so he said that they’ll be back this spring by popular demand.

“[I like floor HOOTS better] because I know the people there and am able to have a conversation with them rather than standing in line for an ice cream for a half an hour in the Chevy lounge with people I’ve never seen,” Graydon Wood, MCAS ’20, said in an email.

Attendance for CAHOOTS has generally been low, according to Layman.

“I’ve never been because they often conflict with my schedule, but I feel like I’ve never missed anything of importance when I have not been able to attend,” Elizabeth Burke, MCAS ’20, said in an email.

Layman believes that HOOTS have been a more effective way of bringing freshmen together.

“I personally savor last year’s method more because the more formal smaller HOOTS gave me a little more flexibility in working with my residents and catering to their interests and needs,” Layman said. “When I do a larger group program, I don’t have as much time to sit down and just chat with them. I felt like the older system helped me connect with my residents.”