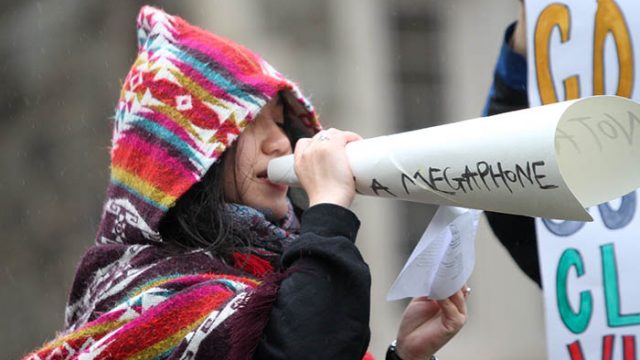 Update Jan. 24, 2017, 8:31 p.m.: Salzmann incorrectly stated that the GLBTQ Leadership Council was co-sponsoring the event with CJBC and Eradicate BC Racism. GLC was not involved.

Climate Justice at Boston College (CJBC) will host a rally today from 12:30 to 1:30 p.m. in the Heights Room as a part of a nationwide day of action to resist and reject President Donald Trump’s denial of the severity of climate change. The group will also call out the BC administration for maintaining its investments in fossil fuel energy. The GLBTQ Leadership Council and Eradicate BC Racism will co-sponsor the event.

“The reason for the timing of this nationwide movement is the convergence of BC’s investment in the fossil fuel industry with a new Trump presidency,” said Aaron Salzman, a member of CJBC and MCAS ’20.

Salzman said that he often hears the argument that the BC administration does not want to “get political” with the endowment, potentially creating tensions with the University’s largest donors. He believes, however, that the Trump administration has made climate change a political issue because of its denial that climate change exists and is caused by human activity, despite overwhelming scientific research that supports this claim.

“[BC has] to face the reality that divestment is a critical issue and it’s a necessity in order for BC to return to its Catholic, Jesuit values,” Salzman said.

Dean of Students Thomas Mogan has largely been supportive of CJBC’s intentions to hold rallies. The group often meets with Mogan when it registers its rallies through the University.

“I met with leaders of Climate Justice after their last rally … and I felt that we had a productive dialogue,” Mogan said in an email. “I met with some of the same leaders to register their event for Monday and the process went smoothly. I am planning on attending the event on Monday.”

CJBC has other events planned for this semester after today’s rally. It will host an event next Monday calling together all the people who attended the rally to get them more involved in CJBC. The group also plans to have education campaigns, host speakers, and have a band powered by solar energy perform on campus.

“I think in CJBC’s view, justice means more than just accepting the institutions that are present, and it really means challenging the things we find wrong in institutions,” Salzman said. 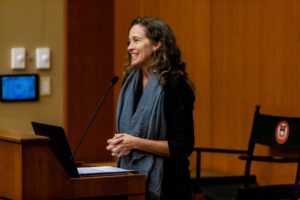