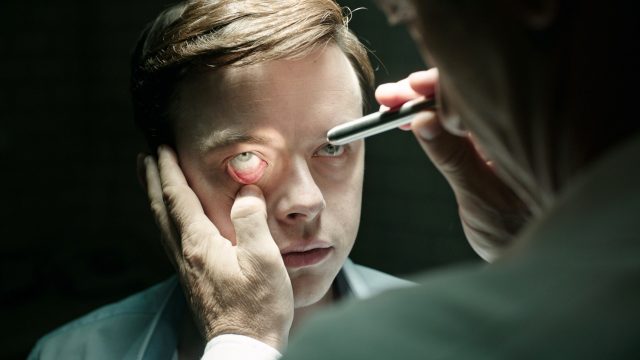 Growing up, going to a doctor’s appointment was never a fun time. Even to this day, it causes at least a little anxiety for many people. Whether it is the needles, the strange devices, or the white lab coats, the experience of discomfort and unfamiliarity never fails to produce a slight shiver to the spine. The saving grace, however, was that you would always return home with a lollipop or sticker and simply forget about your terrible experience.

But what if you could never leave?

A Cure for Wellness centers around a successful young businessman, Mr. Lockhart (Dane DeHaan) and his visit to a mental hospital where he is ordered to retrieve his coworker and close a business deal. After visiting the institution, however, Lockhart slowly starts to realize that things may not all be what they seem. Once he realizes he is trapped there, a cryptic mystery unfolds.

Though the movie is not particularly compelling in any area, it does contain a few cinematic positives.

First, the technical aspects of this movie are actually very solid. The sterile, yet worn down, mental hospital set creates an atmosphere that is very creepy and off-putting. As Lockhart goes to different rooms, each one adds to the disturbing tone. For example, near the beginning, there is a scene in a bathhouse where the juxtaposition of peaceful yet blank faces and slow, drawing music creates an aura of dread. Many elements early on in the film, particularly the score, are unsettling. The costumes are also well done, as the white uniforms again contrast with the seemingly impure acts that might be occurring. Even the lighting and camera work is serviceable to the overall disturbing ambiance that our main character experiences. The color grading of the film rests in an almost grayscale color palette throughout the whole film, adding to the feeling that the life is being drained out of Lockhart. In fact, the tension and mysteriousness built throughout this movie is quite creepy and effective.

Overall, by no means is this a poorly shot and directed movie. It is, however, overrun with shortcomings. The most obvious of these faults is its runtime—at two hours, 26 minutes, it is far too long. Director Gore Verbinski, the creator of movies such as The Lone Ranger and the Pirates of the Caribbean trilogy, again uses a lot of length without a lot of story with his latest installment. Although the pacing is not necessarily boring, once out of the theater, viewers may begin to realize just how much of the plot was unnecessary. This story could have been told in a much tighter fashion without losing any of its effective scares and ambiance.

Furthermore, the film lacks a well-rounded main character. Our main protagonist, Lockhart, a successful jerk that is hard to relate to, is unlikable and has almost no real arc, making the ending feel unearned. He is introduced as an annoying character so it is hard to connect with him. Moreover, he does not develop as a character because of the story, and almost the entire plot is just him walking around and hearing expository stories. Furthermore, there are around four characters in this movie whose sole purpose is to tell the him more information. It is hard to emotionally involve yourself in a film where none of the characters are likeable or act like real people. They do try to do add some depth to Lockhart, but the plot ends up being feeble and providing no weight to the overall story.

Dane DeHaan’s performance is, for the most part, one note. While of course there are some outbursts, he keeps the same facial expression for the majority of this film. The confused/concerned look is so permanent throughout the movie that it’s not a stretch to believe that his furrowed eyebrows must have been killing him by the time he was done shooting.

The other characters in this movie, including the girl Hannah (Mia Goth) and the leader of the mental institution (Jason Isaacs) are serviceable, but they lack meaningful motivation and have little connection with the audience.

While the suspense and thrills are built up, toward the third act of this movie, the story takes so many different “twists” that the audience couldn’t help but laugh. What could have been an interesting character study about insanity, the film Shutter Island comes to mind, turned out to be an incoherent and funny mess.

The greatest problem of the film was its needless forays into the disturbing. Almost every other scene has something to make viewers wince and squirm. It slowly becomes unwatchable. More detrimental to the movie, these moments do not further the plot along or are just too long in general making the experience of watching this movie tortuous.

While technically impressive, A Cure for Wellness’s lack of character development holds it back. The idea of being “trapped” in a hospital by creepy doctors is intriguing and there are many moments that add to the horror/thriller element of this film. The plot did not know if it wanted to be a gross out horror movie, a compelling character study about greed, or a mysterious detective thriller and ended up being a little bit of all of them, but a whole lot of none of them.