On Wednesday night, Daniel Byman, a professor in the School of Foreign Services at Georgetown University, spoke in McGuinn Hall at an event sponsored by the Islamic Civilization and Societies Program, and the Middle Eastern and Islamic Student Association.

Byman began his lecture by asking the audience members first to raise their hands if they thought the counterterrorism effort by the United States has gone well since the attacks on Sept. 11, 2001, and then if they thought it has gone poorly. An overwhelming majority of attendees raised their hands at the second option.

In response to the consensus, Byman explained that in his evaluation, the counterterrorism effort is going better than the audience and the majority of Americans think.

Post-Sept. 11, Byman explained, the United States and other countries cared about terrorism in a way that they had not before. Terrorism is a global issue, he said, so preventative measures cross borders.

According to Byman, one of the biggest international counterterrorism advantages is the ease with which countries communicate with each other and share information that can lead to terrorist arrests. This communication and vigilance prevents another global plot in the style of Sept. 11 from being planned and executed.

After sharing a facet of counterterrorism that he sees in a positive light, Byman explained some problems that he has identified with the efforts over the last 15 years.

First, he saw that some states have become comfortable on relying on other states to spearhead the counterterrorism efforts, and do not put the same amount of time and money into terrorism prevention while still benefitting from more active states’ work.

Countries also tend to overstate the terrorist presence within their borders in order to obtain U.S. support and resources. Byman cited the example of Russia moving from claiming that bandits were attacking Chechnya to claiming that Al Qaeda was the cause of the attacks. He explained that this both wastes resources on fighting non-terrorist groups and makes the level of terrorism seem higher than it is.

A third problem that Byman identified is related to the way the United States works with other countries to prevent terrorism.

“We work with the intelligence agencies, the least democratic parts of undemocratic countries,” he said. “And so we are bolstering authoritarianism in much of the world.”

In doing this, he explained, the United States gives support to authoritarian governments and potentially increases their power.

Byman expressed mixed feelings about the use of drones and missile strikes as counterterrorism measures. He explained that, on one hand, drones make taking out targets more efficient than before. Another positive is that drones force terrorist groups to go on the defensive and disrupt their contact and communication, making it harder for the groups to act as cohesive unit.

While drone strikes are effective in what they do, Byman explained, they are not a perfect solution. Byman cited two reasons. First, civilians are often killed along with the intended target, and, on occasion, instead of the target. He also questioned how effective this tactic is because of the potential for the civilian deaths to be used as a recruitment tactic for the terrorist groups.

Byman ended the talk by projecting how he suspects the administration of President Donald Trump will move forward with counterterrorism efforts. He said that he expects Trump to continue to discuss “radical Islam” as the main terrorist threat instead of individual organizations.

Trump has also made remarks that, in the past, the United States has been “too respectful” to allies, and Byman thinks that if ties with allies are harmed, the counterterrorism effort will also be harmed. He believes that from Trump’s terrorist rhetoric, he will be tougher on terrorism, but the methods he would use to do this is unclear.

For the future, Byman said that he would like Congress to write legislation that specifically addresses terrorism and the means that are to be used to fight it.

“Say here’s the parameters for the use of force [against terrorists], here’s what we’ll accept and here’s what we will not accept,” he said. “I would like to see serious legislation.” 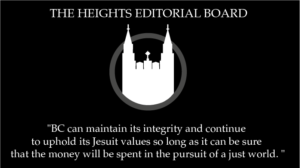 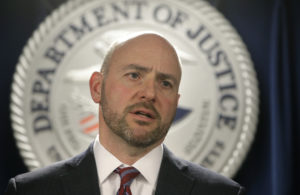