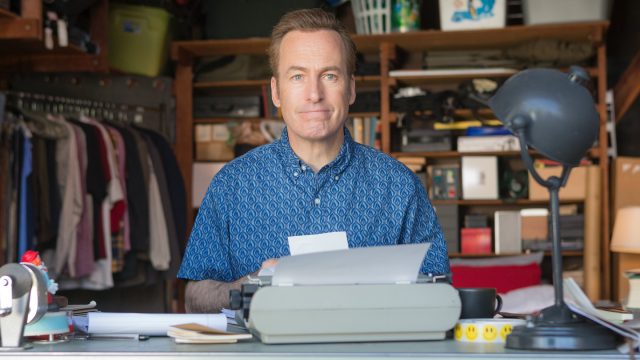 ‘Girlfriend’s Day’ Makes an Earnest but Failing Attempt at Originality

Girlfriend’s Day follows the life of a card writer, Ray (Bob Odenkirk), who has fallen on hard times, after his wife has left him for another famous card writer. Adding insult to injury, he is fired from his job shortly thereafter because of his lackluster ideas. Things continue to spiral down for Ray as he happens upon a murder. Believing it to be the result of a conflict over a card for a new holiday in town known as Girlfriend’s Day, the event leaves Ray shaken—it also serves as a dramatic backdrop while the writer tries to find his way within his life and his work.

Emotionally, the film explores pertinent ideas in today’s day and age. Still hung up on his ex-wife, Ray‘s life and work is left in limbo. It is only through moving on and letting go of the life he once had that he is able to move forward and regain control of his writing. People have to make the conscious decision to move out of the past to be able to fully be present in the present.

Known widely for his role as a fast-talking, crooked lawyer in Breaking Bad and Better Call Saul, Odenkirk shows off a more pensive side in this movie. This contrast will be an unexpected change for his fans that are used to the actor’s quick, snarky quips and creative quick fixes. This character lacks some of the luck and charisma that Saul beams with throughout the series. But what he lacks in charm, he makes up for in heart. His character is an underdog that anyone can get behind.

Although there are gems of advice within the movie, the storyline itself fell flat. Sprinkled with some deadpan humor that kept the piece alive, the plot of someone being killed over a holiday card is a really strange way to take the film. The bizarre humor will appeal to some audience, but will definitely leave others scratching their heads, wondering if they missed something. While there are some valuable takeaways, they might be easily hidden by the effort to be clever that is present in almost every scene in the movie.

One of the most important pieces of advice that appears in the movie is to write a card for someone. When one finds a muse of some sort to base their writing upon, this source of inspiration makes the writing feel real. Beyond this, this real piece of writing should be something that the person would feel a need to write for somebody in mind regardless if they were being recognized for this writing. Ray runs into trouble when he writes with the end goal of recognition—and without considering the journey it will take to get there. He was originally successful in his writing when he was in a happy marriage with his ex-wife—he was writing his life experience and everything was authentic.

When someone reads a piece of writing, whether it is a book, an article, or even a card, people want to feel something. By making the experience personal, it has a power to speak to people. The head of the card company Ray used to work for tells him that that his ability to see the world with imagination is what makes his writing so good.

“You wake up every morning, disappointed to find the world the way it is, because you’re a dreamer,” he said in one scene.

The card writer in Ray believes in the romance he writes inside his cards, which makes his message resonate with many readers. When someone talks or writes about something they are passionate about, people can feel it and leaves them wanting more.

The messages written in greeting cards are carefully crafted by a wordsmith, who took the time to get across a feeling. A well-crafted note sharing a message of solidarity can mean more than one may know. But for this film, its craft seems to rely heavily on the sappy and emotionally detached. Like many pre-written greeting cards, this film is nice, but ultimately hollow. 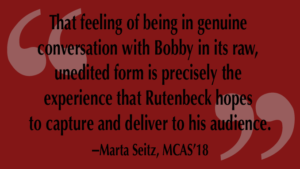