The email was sent on Feb. 17 by Phil He, the associate vice provost for graduate education at NEU. It said the Graduate Employees of Northeastern University – UAW (GENU-UAW) were exploiting fear among international students concerned by President Donald Trump’s travel ban and swaying them to join NEU’s graduate employee union.

BCGEU-UAW has been working toward becoming a recognized union since spring of 2015, and its solidarity statement is part of an increasing presence on social media. As an unrecognized union, the organization’s goal is to ultimately secure working conditions and procedures in a binding contract with the University.

“In a lot of ways, we’ve been doing the same things as we were [when the NLRB ruling happened],” said David Sessions, an organizer of BCGEU-UAW and GMCAS ’22. “Our main task is getting grad students to sign Authorization Cards, which is the preliminary vote that they want to have a union.”

BCGEU-UAW needs to acquire signed authorization cards from at least 30 percent of BC’s eligible graduate employees before they can move to vote on unionizing. The organization will need to file for an election with an NLRB regional office, which will be held on BC’s campus. In order to become a union recognized by BC, more than 50 percent of eligible grad employees must vote to unionize. Once established as a recognized union, BCGEU-UAW will have bargaining rights.

There are about 4,500 graduate students at BC, and part of the graduate union is working with department leaders to identify the number of eligible graduate employees. A graduate student is eligible if they are currently employed by BC. The number fluctuates as students graduate, are hired, or are let go.

University Spokesman Jack Dunn said in an email that there has not been communication between BCGEU-UAW and the University. Dunn said in the fall that BC is closely monitoring the impact of the NLRB decision at other universities.

“It’s really our decision, it doesn’t have anything to do with the administration,” Sessions said. “There’s not a role for them in the decision other than to prevent it.”

According to Sessions, the response from graduate students has been very positive, and the union has “hundreds” of cards signed. He said that he is not authorized to disclose exactly how many cards had been signed.

If BCGEU-UAW becomes a recognized union, the main difference to graduate employees would be working with a binding contract that the union would negotiate with the University. Currently, when graduate students are accepted, they are given an offer letter detailing their job, hours, pay, and workload. Some students are given a letter after every year, and others are given a single letter upon acceptance. This letter is not binding, and changes are non-negotiable.

A union-negotiated contract with the University would not standardize working conditions, as different departments work in different ways. Rather, Sessions said that the contract would create certain structures and protections that apply to everyone.

“Changes in health care, workload, the years of funding you get, can and does change without notice and without input from the people that it affects,” Sessions said.

The union’s statement of solidarity with Northeastern graduate students is critical of the perception of unionization that Northeastern’s He implied.

“It is unfortunate that the Autoworkers are seeking to exploit student fears and use the campus immigration protests as a means to leverage support for a graduate student union,” He said in the email to Northeastern graduate students.

In the same email, He urged NU graduate students to treat the UAW’s presence “with the same skepticism that [they] might view any unknown organization” that could impact their graduate experience.

In response to this email, and specifically He’s assertion that the GENU-UAW is an outside organization, GENU-UAW’s Facebook and Twitter pages have both featured many posts and pictures from NU graduate students with the hashtag #wearetheunion.

In its statement, BCGEU-UAW declared its solidarity with GENU-UAW, explaining that, like other graduate employees at schools in the Boston area, it has chosen to affiliate itself with the UAW, and it outlined the benefits of unions to international students in particular.

Sessions said that the way NEU administrators had referred to the UAW as an outside organization is a common anti-union tactic.

“[It’s] our work,” Sessions said. “It’s done by us and it reflects our issues on our campus. We’re part of the UAW, but we’re running the show.” 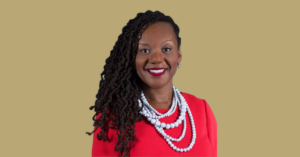 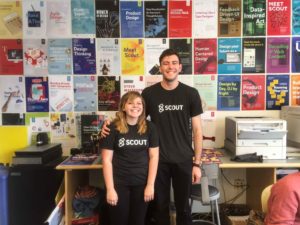