Home » ‘Table 19’ Aims For Comedy, But Falls Among the Cringeworthy 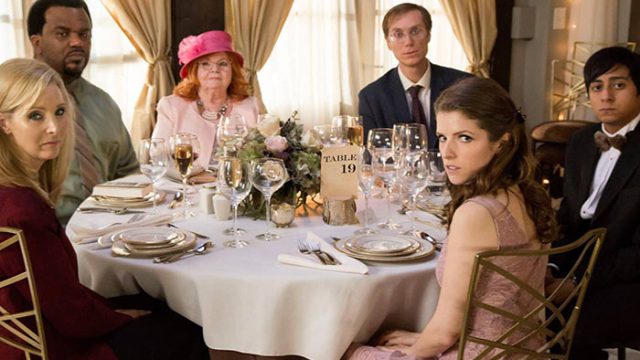 ‘Table 19’ Aims For Comedy, But Falls Among the Cringeworthy

Table 19 is a cruel experiment about something we do not really understand—six unique individuals that meet in a table during a wedding. They do not know each other, but they soon understand why they are sitting together. The melancholy ensemble is relegated to table 19 as outsiders and rejects.

Eloise, played by the goddess of nonchalance, Anna Kendrick, is the bride’s oldest friend, yet she has recently broken up with Teddy (Wyatt Russell), the bride’s brother—leading her to drop out as a maid of honor. Next to her sits Walter (Stephen Merchant), a weird relative of the bride who was not assigned a place in the family tables. Then there is Jerry and Bina, (Craig Robinson and Lisa Kudrow), family friends that are going through a rough patch in their marriage. The other two guests are Enzo (Tony Revolori), an awkward high school student with problems approaching girls, and Jo (June Squibb), the bride’s childhood nanny.

Written and directed by Jeffrey Blitz, best known for his Oscar-nominated documentary Spellbound and his Sundance winning comedy Rocket Science, the director enters the comedic realm well versed, but new to the bigger box office.

Blitz’s scarce experience with mainstream comedy—his only foray into the genre is a few episodes of The Office—probably explains why the script is extremely uneven. At moments, it looks like the movie is a smart comedy that promises to be an interesting turn on wedding flicks. At others, it is just extremely cringe worthy, with not-too-believable characters in unlikely situations.

The character who seems to best circumvent this is Eloise through a respectable performance on Kendrick’s part. But she seems to play the same character quite often. Since Twilight, Kendrick seems to be the perfect model of the “cool girl”, and, despite her impeccable execution, it does not really add merit to her performances. Hopefully, Table 19 can be the feather that breaks the camel and that convinces the industry that audiences are ready to see Kendrick in more challenging roles. Despite Kendrick’s acting, the script does not give enough depth to her character, a good example of under-used talent.

The parts of the married couple, Jerry and Bina, are well-written. Merchant and Kudrow, whose chemistry in the screen is surprising, delivered solid performances. They represent a believable couple that, despite having some complicity, has lost all its passion.

The movie makes a strange attempt at fitting a quite sad story into a comedy. It oscillates from extremely devastating moments to small gags, which come out as a poor attempt at breaking a tension it puts an important effort in building. Throughout the movie, Table 19 makes it clear it is convinced it can make you laugh with an easy joke after an extremely depressing scene of a couple fighting about their marital issues. The dramatic scenes, however out of place, are well performed, especially by Kudrow, who even in an awkward context proves she can excel at both drama and comedy.

The plot, overall, is uninteresting and predictable. The storyline of five very different people who end up together in a strange situation and end up being very good friends isn’t impressive if it isn’t well delivered, and adding chunks of drama does not really achieve that. Even the feel-good ending feels a bit dishonest in the overall context of the film, despite the movie being a comedy. Wedding rom-coms are not a tough genre, yet Blitz succeeds at complicating them. The result is Table 19, an awkward feature that cannot be rescued even by decent performances. 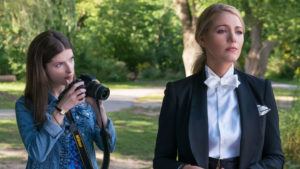