A Simple Favor, a lighthearted pastiche of the film noir genre with some added suburban kitsch, gets its kicks from subverting our expectations. The film opens with an old-school art deco-style title sequence, revealing out-of-context images from the film that hint at what’s to come: betrayal, adultery, and conspiracy (everything you’d expect and want). Interspersed throughout this tribute to thrillers of old are some images of innocuous suburban life, like a plate of brownies and a child’s art project. Right off the bat, the film announces its comedic mode, mixing the steely, melodramatic world of a noir with the fuzzy sweater, Elmer’s Glue aesthetic of an elementary school playdate. Paul Feig (Bridesmaids, Spy) has had success in his career doing just this—finding comedy in worlds and genres that just seem to take themselves too seriously. It’s part Double Indemnity, and part Bad Moms.

An unexpected friendship sets the plot in motion. Stephanie Ward (Anna Kendrick) and Emily Nelson (Blake Lively) meet one afternoon picking their sons up from school, and its their sons’ friendship that ultimately brings these two moms together. Soon after, they’re sipping martinis and gossiping while the kids play with Transformers. Stephanie is a seemingly straight laced, mom-of-the-year type who lives alone with her son and spends her days filming a middling vlog series wherein she promulgates helpful parenting tips with a hearty smile.

Emily, conversely, embodies the archetypical working mom, flaunting designer pant suits, expensive sunglasses, and a Porsche 911. She lives in an angular, modernist home that seems comically out of place in the quaint Connecticut suburb where the story is set, and her take-no-prisoners attitude is laughably at odds with niceties dispensed by the other parents waiting for their kids in the schoolyard. She’s degrading and blunt, but Stephanie sees something liberating in her shameless attitude. This tale of two moms quickly takes a dark turn, however, when Emily goes missing.

This sudden disappearance raises quite a few questions, but it also signals the film’s sharp, but welcome, turn into noir territory as characters consider the potential for conspiracy and malfeasance. All of this rings loudly for Stephanie whose idyllic world is turned upside down, as she’s effectively dragged into the midst of this plot that seems ripped from the pages of a sleazy paperback. At the same time, Emily’s son and husband Sean (Henry Golding) deal with Emily’s disappearance by getting closer to Stephanie and her son. This generous camaraderie between friends soon excites the potential for an adulterous affair, which is hardly a surprise since the two seem enamored with one another from the very first time they meet (they bond over studying English literature in college, a fact that I found to be oddly relatable). A morally dubious relationship of this kind is sure to yield some backlash, though, and this is realized when Stephanie begins to suspect Sean may have had a hand in Emily’s disappearance.

Stephanie quickly becomes a sleuth of sorts, making her way through this hall of mirrors by compiling evidence about the disappearance and even asking her online followers for information on Emily’s whereabouts. Things escalate quickly (maybe too quickly), as our protagonist becomes entangled in a conspiracy that takes her trekking across the country for a brief time, uncovering evidence and putting the puzzle together. Without spoiling anything, a midwestern bible camp, a pseudo-incestuous relationship, and the suggestion of insurance fraud all become central pieces of the puzzle, and it’s all fairly well executed on Feig’s part.

In many ways, A Simple Favor represents a departure for the director, who’s mostly been known for his work in broad comedies. And while this would certainly qualify, there’s a deliberate rigor here that simply isn’t as present in Feig’s other films that feel significantly more improvisational and built around character personalities. Working within a certain genre, this sees him sticking more to the script—even employing some slick camera moves that are a nice surprise. Feig blends the more serious implications of a noir with his brand of comedy well, especially when the plot is unobtrusive and he’s afforded the time to find the melodrama and comedy in the tension. Toward the end things get a bit plot-heavy as the film attempts to resolve itself, throwing new developments at you every couple of minutes. There’s a new twist in every scene, and it gets exhausting.

Warts and all, A Simple Favor is an undeniably fun watch that mostly captures the spirit of the thrillers it’s spoofing, which is the most important thing to get right in an exercise like this: The melodrama is melodramatic, and the mystery is mysterious. Early in the film, Stephanie posits that “everyone has a dark side,” and that proves to be true. But more than anything else, Feig’s film also makes a compelling case for mining that dark side for lightness and levity. 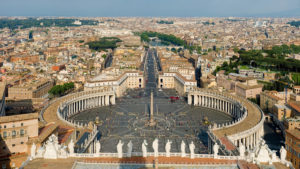