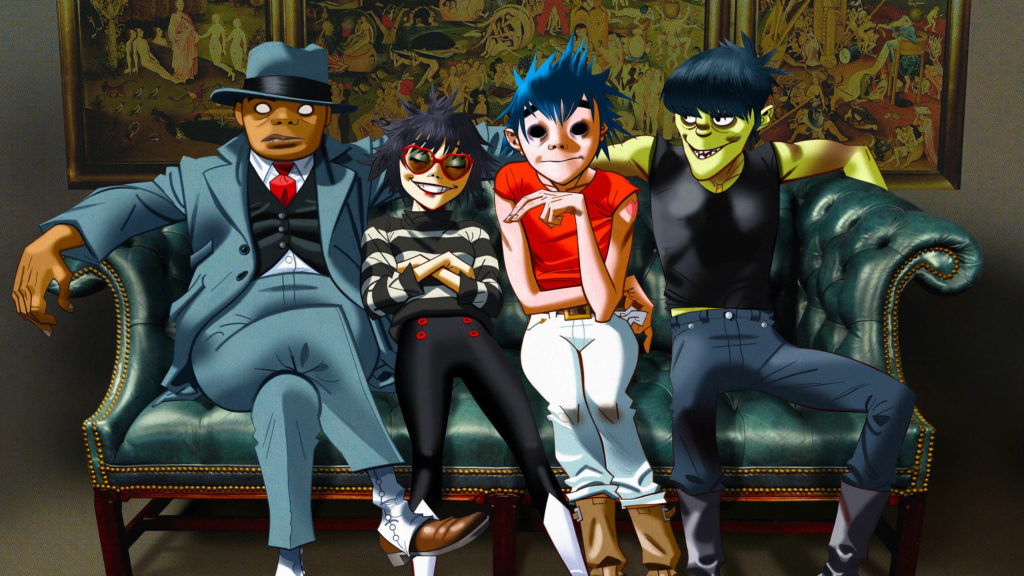 Gorillaz (consisting of the animated members 2-D, Murdoc Niccals, Noodle, and Russell Hobbs), one of the most recognizable (if not the only) popular virtual bands out there, recently released “Tranz,” their newest music video, and it’s a total trip. The animation of the quartet is fairly mundane, just a stage with the four colorfully expressed musicians singing, playing their instruments, and going through the motions, but the background is something completely different. Seemingly pulled out of the depths of someone’s codeine-infused psychological nightmare, it’s a juicy, floral, and colorful affair, mixed in with the haziness and grain one would expect of a “lo-fi” production.

While this sort of flamboyant abstractionism isn’t totally original, as music artists have been trying to play on this theme for a while in order to make their videos seem more unique than others, none seem to embrace this theme as totally as the Gorillaz do in their newest video. Interspersed with the blooming colors are some rather creepy shots of muddy clay figures of the band members, coupled with a few fuzzy cuts of some old black and white films (Dracula perhaps? It’s hard to get a definite look). The whole thing combines to create a very surreal and confusing experience—one’s reaction to it will solely be based on their tolerance for some more out-there imagery and their lack of a history of epilepsy.

The video of course, is only one half of the story (it is a MUSIC-video), and in this case, the song played both stands well on its own and accompanies the visuals being presented. In line with some of the bands other works, it’s an obtuse, unclear piece of music, with the lyrics appearing to be both lowly muttered and screamed out simultaneously by the singer. In terms of accompaniment, lines such as “Oscillate yourself tonight / When you’re in your bed / Assimilate the dopamine /Passing through your head” work to get you to lose yourself in the experience being presented to them, likely in a way that would get them to, as the song suggests, assimilate it into dopamine and pass it through your head. Something interesting about the song structure is that the main, catchy hook “Do you dance like this / Forever?” is really only repeated once or twice. When compared to some other pop songs, “Tranz” certainly doesn’t follow the tried and true structure of hit-making by the books, but this isn’t necessarily a bad thing, seeing as there’s already plenty of pop songs out there, the Gorillaz are likely going for a slightly different audience than the most mainstream of the mainstream.

Overall, “Tranz” is a wacky, interesting experience which will likely polarize its many viewers. Gorillaz fans are likely going to be more accustomed to the visuals, while others will find them to be both weird and shocking.