Make Each Bottle of Wine Last With Kuvée

After a long day, you’re probably going to want some food. A comforting dinner, maybe a steaming plate of pasta paired with a glass of red wine. You only want one glass—not the entire bottle by any means—but cringe at the thought of essentially wasting the entire bottle, after all once opened wine doesn’t keep too well. What if  there was a way that you could truly preserve the remainder of the bottle without sacrificing the taste? Well with Kuvée, there just might be.

“When you open a bottle of wine during the week, you enjoy three good glasses, one average glass, and one awful glass,” Vijay Manwani, founder of Kuvée, said with a slight laugh. “You’re really only enjoying 60 percent of the product.”

To Manwani, the complicated process and amount of energy spent into synthesizing wine itself was astonishing when he considered that consumers can only enjoy a fraction of the actual product. And from this astonishment, Kuvée, an attack on the pitfalls in the luxurious wine industry with a business that delivers carefully chosen wines in high-tech bottles, was born.

Since immigrating to the United States from India in 1990, Manwani has persistently pursued many endeavors—Kuvée is his sixth startup. Manwani studied mechanical engineering in India, and uses his expertise and software background to complement his colleagues, many of whom have hardware backgrounds. This includes Manwani’s co-founders, Geoff Lansberry and Mike Tomovich, as well as a growing team of seasoned team of wine enthusiasts whose vast experience in various disciplines complement each other perfectly.

After meeting through mutual friends, these co-founders quickly became determined to attack the wine industry’s shortcomings, by developing a product that would give any bottle of wine a longer shelf time and high-tech packaging advantages. The result was a vertically integrated business focusing on a wine platform that allows for drinking wine by the glass through smart-dispenser technology.

Kuvée’s FreshPour bottle of wine is meticulously designed to prevent wine from spoiling for up to 60 days. The bottle’s screw cap protects the innovative valve from dents or damage. Below the cap is the bottle valve, a patented component that prevents the oxidation of the wine inside while still allowing wine to flow out and into a glass. The FreshPour bottle also maintains a flexible inner layer that protects the wine inside while collapsing to allow pouring. Moreover, Kuvée’s wine bottle is unconventional in the sense that its material on the outer shell is synthesized from recyclable plastic, and not glass.

In addition to the bottle’s exterior design, it comes with touch screen that acts as a hub of wine information. The screen not only educates the consumer on the story behind each wine, but it also suggests food pairings and tips. To Manwani, this kind of smart technology was the natural next step for the wine industry.

“It’s similar to when beers went to cans and milk transitioned to cartons,” Manwani said. “Kuvée is to wine as Kindle is to paper.”

Throughout the startup process, Manwani and his co-founders faced many challenges that forced them to pivot and adjust along the way. In the beginning stages, for instance, many advisers claimed Kuvée would struggle to built a portfolio within a habitual industry. Undeterred, Manwani and his co-founders tackled the challenge, and are currently refilling through partners in the Napa Valley.

In addition, Manwani and his team tackled the industry’s conservative nature by focusing on a wide audience. Manwani explained that there are roughly 60 million consumers who drink wine once a week, approximately 30 million of whom drink it three times a week. There is, however, another population mostly comprised of millennials and adults in the age range of 25 to 35. These are the individuals that fall under the category of enthusiasts, and are essentially daily drinkers according to Manwani. Kuvée engages all three of these combined segments as its market.

Manwani has also realized through the problem-solving process that the real value of Kuvée is in its two essential parts. Primarily, Manwani pointed to the value in Kuvée’s packing format—the innovative sealing systems that keeps the wine fresh. Unlocking that value has a great effect on transforming the nature of the wine industry with regards to consumption and preservation.

The second integral component of Kuvée, according to Manwani, is in the bottles themselves. The FreshPour bottles are a fraction of the weight of a glass bottle, which means about half the cost of normal winery transportation, and of delivery as Kuvée ships bottles to its subscribers.

Kuvée has delivery plans ranging from a monthly plan to 12-month membership plan. Within each plan is a versatility that allows consumers to switch and taste a multitude of wines much more efficiently.

With most of the challenges that Kuvée’s founders were warned of now behind them, Kuvée’s team is confronting the classic startup dilemma of getting their business to scale. An essential part of their business is in direct sales, and thus, they must now convince wineries to adopt their platform as well.

Kuvée’s next task is straightforward, and one that Manwani believes to be well within the team’s grasp: becoming the new independent standard for the wine industry. 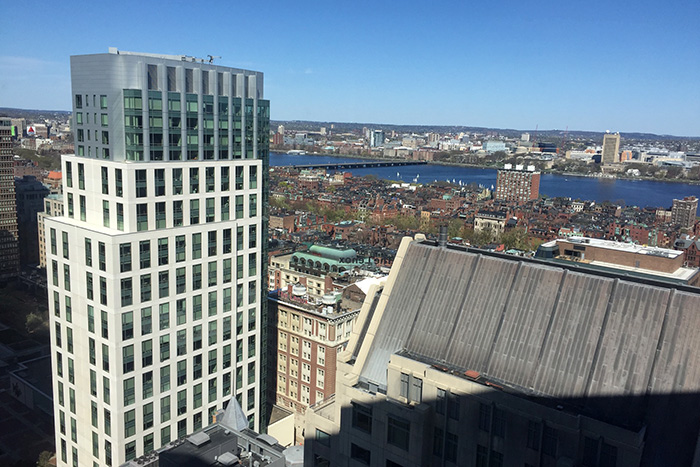