Home » Learning to Fall off the Lamppost 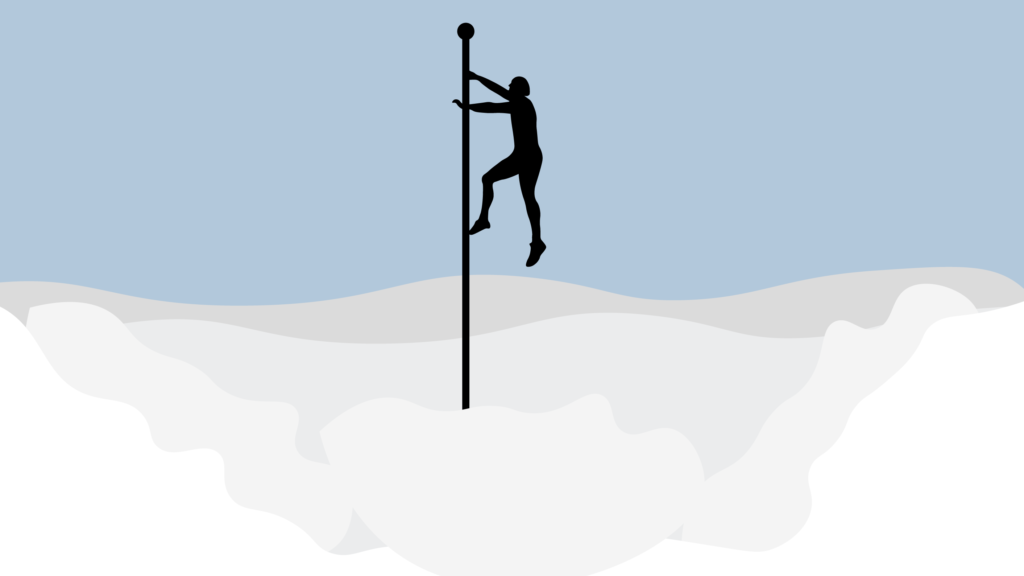 Learning to Fall off the Lamppost

At the end of my senior year of high school, I gave a speech about how we either learn to fail, or fail to learn. Although this idea was deeply rooted in my mind at the time, it became erased as soon as I got to college.

I found myself in the middle of the “rat race.” It was about as pleasant as the actual race to get in line for a salad at the Rat during a packed day. That is to say, not pleasant at all.

I was so busy with trying to get my résumé, extracurricular hockey, classes, and life in order that I failed to take my own advice. I was so caught up in what my life beyond school should be like, that I started to ignore what my life in school was actually like. It wasn’t until the first blizzard at Boston College last spring that I remembered exactly how to fail.

The blizzard started out as any BC student can imagine. There was an email that came the night before that announced classes would be cancelled, and a consequent feeling of euphoria that makes us stay up until 3 a.m. when we would’ve been perfectly happy going to bed at 11 p.m. It was during this period of time that my roommates and I decided to watch Mulan, and where my brilliant plan started to come to life.

After chanting along to the whole soundtrack, I laid it out for them. The next day, mid-blizzard, I would climb the first light post we came across, Mulan-fashion. Since they had only known me for about three weeks at that point, they didn’t think I was serious. They laughed because they thought I was kidding. I laughed because I knew better.

A couple of hours later, after I was the last one to stagger into the common room and say good-morning, I reminded them of my planned activity for the day. They watched incredulously as I dressed myself to go outside and find the one and only post that would complete my mission. After a couple of minutes of hesitation, all three of them were dressed and ready to go with me, expecting to watch me fall. I’m happy to say they were completely right.

We walked outside and I went up to the first post, determined. Shoes off, because they would slip on the icy sheet covering the metal. Jacket off, because it was way too heavy. Gloves off, because I couldn’t grip the pole properly otherwise. Shivering in a short-sleeved shirt and leggings, I compared my 5-foot-3 self to the light post. Though it was more than twice my height, I was not fazed.

“I am Mulan,” I whispered to myself. “Be swift as the coursing river, with all the force of a great typhoon and the strength of a raging fire.”

With a little bit of a running start, I lunged at the pole and wrapped my arms around it. One hand on top of the other, my muscles straining, I congratulated myself on the amazing job I was doing. I heard laughing from behind me and looked down, realization dawning. I was about three feet off the ground. Brilliant.

It took me a couple more tries to figure out the truth of the matter. Not only could I not climb a pole during a blizzard, but I probably couldn’t climb a pole under normal weather conditions either. I looked around for an easier option to get my self-esteem back to normal and spotted the Res.

So many trees. Ten minutes later, we were in the middle of the dense area of trees, trying not to slip down snowy hills and icy walls of rock. Though it took me about half an hour to find a scalable tree, I finally managed to climb one, and we returned to 2000.

That afternoon, I kept thinking more about my inability to climb the pole more than my eventual success with the tree. I realized that it was the first time in awhile that I had decided to do something out of the ordinary. I had taken a chance and failed. Yet, I was happy.

The plan had been spontaneous, weird, and strangely fun. My endeavor caused me to become muddy, sweaty, and drenched. I had to defrost my eyebrows and eyelashes as soon as we returned to the apartment because I’d forgotten what a blizzard in the Northeast felt like. My clothes would probably never look the same again. But now I had a story, and most importantly, a new failure.

Recently, I watched a movie called The Last Word where Shirley MacLaine says something along the lines of, “Don’t have a nice day—have a day that counts.”

Have a meaningful day. Have an adventure. Don’t be afraid to try and do something different, even if you’ve never done it before, and especially if you don’t think you’ll succeed. BC offers so many unique opportunities, both on and off campus, but it’s up to us to make the most of them.

I may not have been able to climb the pole that day, but my efforts reminded me of how much I have to enjoy by being on this campus, how much I have yet to try and to discover.

Whether it’s saying hello to the person sitting next to me in class, taking a midnight walk around the Res, attending a meeting for a new club that I may not have known about previously, or going on a retreat, I should try and make every day meaningful.

And if I try and still fail? Well, at least I can say I got a whole 3 feet off the ground.

bc 2000 comm ave new clubs the res
In Holy War, Eagles Must Contain Another Dual-Threat Quarterback
The Public Alley 439 Effect