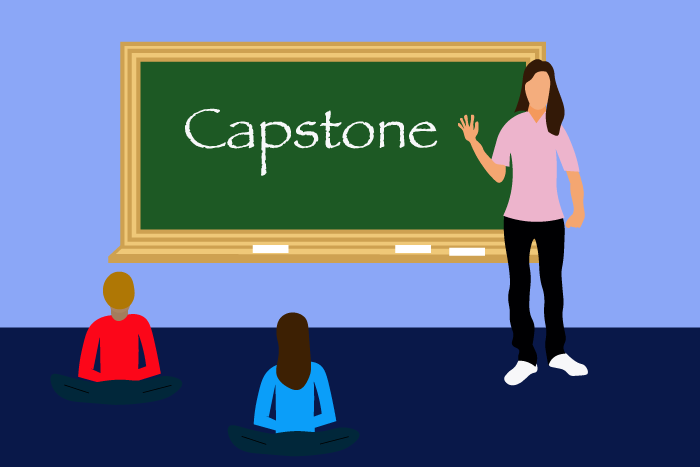 As I plan my courses for my last semester at Boston College, I have been considering whether or not to elect for a Capstone course. They cannot be taken pass/fail, and only one can be taken before graduation. Such restrictions make the courses sound like they are highly desirable, even essential components of the undergraduate experience. Relying on what I have gathered both from the BC website and testimonies from those who have taken the courses, I am hesitant to enroll in one.

The Capstone Program is introduced on the BC website as an Ignatian-inspired spin on the more common practice of placing at the end of an undergraduate major sequence a “capstone.” At other universities, capstone classes act as a way of summing up the sustained work that one has undertaken in one’s major. At BC, the focus is less academic and more about personal development. More specifically, this includes touching on “relationships, society, academics, spirituality, career, and personal skills,” according to BC’s website.

As I understand it, the distinctive thing about a Capstone class is that topics will be explored from a personal, not systematic, angle. So, a typical course may bring up spirituality in the context of understanding and responding to canonical authors on the topic. This course would explore spirituality primarily through the lens of students’ own experiences, referencing canonical authors insofar as they are directly helpful in shedding light on the issues that college seniors typically experience. The goal is to walk away from the course with a changed understanding of oneself, with any works that one is required to read for the course a secondary consideration.

The students quoted on the testimonial page for the program seem to see its value in the way I have outlined. Reading through the testimonials, I think some common elements can be found in many of the responses.

First, students feel comfortable discussing feelings and desires in a way they do not in other situations. For example, one student reported the class as “a very special, safe place. Class discussions are rich, open, and honest.” Another testimonial includes the following praise: “Spirituality was a theme that I personally was uncomfortable discussing before I took this class but now I feel more comfortable getting in touch with.”

Second, students also say they feel listened to in Capstone courses. An illustrative example of this is one student’s reflection that his professor was “a terrific teacher who cared enough to listen.” It is all too easy to find professors and friends, the subtext of this comment seems to be, who neither care nor listen.

Third, they value the relationships they make with other students and with professors in the course. One comment that stuck out in my mind was the claim that the professor “leads class like it is a conversation among friends.” The courses typically offer the opportunity to get to know people in a way that most classes do not. From students who have taken the courses, I have heard that, for instance, sometimes half the class can be devoted to “highs” and “lows”—where each student goes around expressing moments of interest that took place throughout his or her week, helping to express to others a sense of what he or she finds significant.

What I find problematic about these courses is not that people should appreciate a time for expressing their feelings, building relationships, especially mentor relationships, or otherwise developing themselves personally. First, personal sharing is limited by the fact that the course is graded and academic credit is attached to it. Second, the sort of introspection and vulnerability that takes place in the class seems to me to be unable to deliver on the promise that real openness can be achieved, since the context is so artificial.

My first objection comes from reflecting on a theology course I took in which we were asked frequently to say, in front of the entire class, how the readings we were assigned fit into our particular lives. I do not think I was the only one who gave answers that were different from the answers that I would have given had a professor not been there.

It may be true that the pretense in Capstone courses is that students and professor are friends, as one of the students I quoted above claimed. The reality of a GPA-centered academic system, however, is that students will be vulnerable just as much, and in the just the way, that they expect the professor would appreciate.

It is an odd feature of the Capstone courses that they must never be taken pass/fail. They seem, to me, the exact sort of class that ought to be taken pass/fail, so that the obsequiousness encouraged by the obsession with grades can be put aside for once, giving students the chance to speak without the normal consequences of expressing unformed thoughts.

Second, the attempt seems to be to create a form of on-demand intimacy among a group of peers, and between the peers and the professor. I am not at all opposed to faith-sharing or other reflective discussion groups that take place outside of the academic system because they are voluntarily undertaken.

In a Capstone, on the contrary, the course fits alongside all of one’s other academic commitments, so that one is just as obligated to attend, and “reflect” (or at least appear to do so), as one is obligated to attend any other course. Further, other students’ responses to one’s sharing, perhaps of very intimate details of one’s life, may not really come from the heart, and will very likely not take place within a longstanding friendship, the proper context for vulnerable sharing.

All this seems detrimental to the very activity, reflection on one’s development in the context of those who care, which the Capstone Program hopes to further.

I want to make it clear that I do see the value in the goals that the Capstone Program stands for. My problem is that I do not see how its goals could be achieved in a setting that is anything even analogous to the traditional classroom setting.