Sponsored by Sam Szemerenyi, MCAS ’20, the “Committee Legacy Program” resolution calls for the creation a document in Google Drive that works in conjunction with OrgSync to facilitate the transition of committee members from year to year. The SA hopes that this resolution will benefit the goals and direction of its individual committees as school years end and begin.

Also sponsored by Szemerenyi, the “UGBC Stance Against Threats and Personal Attacks,” affirms publicly that UGBC condemns any action that violates the Student Code of Conduct put forth by BC and infringes on the rights of BC students. The resolution also calls to encourage an open dialogue with students and administration that to work towards positive and lasting change to BC’s community.

Connor Kratz, MCAS ’18, opposed the resolution, on account of his concern regarding the response of the school community.

“[The resolution] would create a lot of anger and resentment that would resurface,” Kratz said.

Szemerenyi responded in defense of the Code of Conduct to justify the resolution’s support of rules established by BC’s administration.

“We support the rights of every member of our student body,” Szemerenyi said. “Not releasing this statement means we’re leaving certain people to the wayside.”

Caroline Monnes, MCAS ’19, said that it is out of the SA’s power to endorse or oppose actions of students that have not been investigated by the administration. SA will continue debate of the resolution at its next meeting.

“It is not our responsibility to make statements like this,” Monnes said. “We enter dangerous territory when we speak on this.”

student assembly
On Anniversary of Trump’s Election, Union Calls for BC to Drop Appeal
With Grainmaker, a Taste of Southeast Asia in Boston 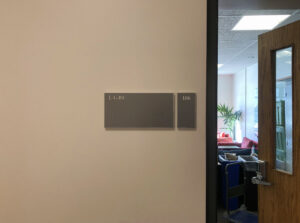