Home » A Eulogy for the Old Rat 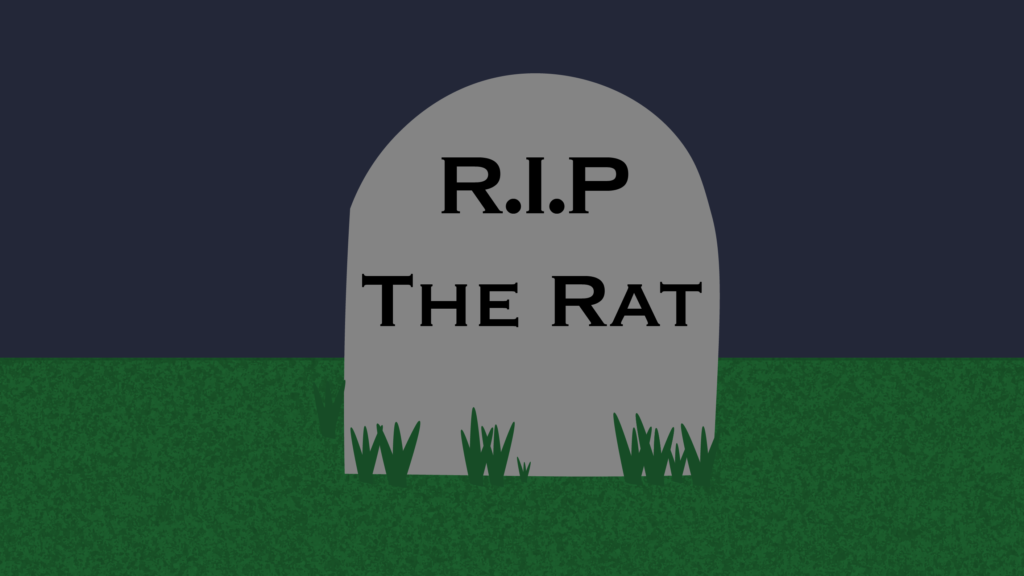 A Eulogy for the Old Rat

I was studying at one of the brand-new tables in the basement of Lyons outside of the cafeteria commonly known as the Rat when a red-vested tour guide came strolling in with his large tour group. He stopped for a moment to let the holy trinities of mom, dad, and their high school kid gawk at the Rat’s translucent floor-to-ceiling windows and the white granite floors so well-polished that you can almost see your reflection. Someone on the tour let out an audible gasp. Comments and questions included: “Look how beautiful it is!”; “Couldn’t you imagine eating lunch here honey?” and “This is sure as hell different from when I went here.”

That one random Boston College dad is right. In case you’re an underclassman or have just never wanted to eat in a dining hall with the namesake of a rodent, the basement of Lyons has changed drastically over the past couple years. The Rat, apparently named “Lyons Hall Dining” and/or “Welch Dining Room” according to the BC website (which I promise you no one has ever called it), transformed from a gray, dingy cafeteria to the oppressively white and shiny home of BC’s fourth salad bar.

If you can’t tell from my characterization of the change (or the admittedly dramatic title of this column for that matter), I truly hate the so-called “improved” Rat. It was an unnecessary renovation and destroyed one of my favorite places on campus.

During my freshman and sophomore year, the Rat was my favorite place to eat lunch. Sure, Eagle’s was great and all. Their caesar salads drowning in dressing with popcorn chicken that make you feel good about yourself even though you’re eating a literal cholesterol bomb are rightfully among the upper echelon of BC dining. But waiting in line and finding a seat in Eagle’s, especially with a bunch of friends, is a bigger headache than the BC Bookstore’s criminal prices downstairs.

The Rat, though, provided a respite from the sterile lunch experience found at Lower or Mac, and the Black Friday-esque lines at Eagles. The feeling of sitting in the Rat was unlike anything on campus. The dark reddish tile floors and closed-off entryway made you feel secluded even though you were in the middle of campus, your own personal paradise.

You’d roll up and scour the room, deciding between the many open spots. Whether or not you were meeting people there, you felt comfortable sitting down at a table and staking your claim to a couple of chairs, laying out your laptop and books in the prime position to pretend like you’re studying while actually procrastinating before your 3 p.m. class.

Then you’d venture in to get food. You could get the lo mein with chicken that’s at least 67-percent rubber and peppers, so greasy that they squeak when you try and pick them up. Or you could get the pretzels that rotate beautifully under golden light but are always overcooked and disappointing. Or if it’s Thursday, you can get the mac and cheese that transports you straight back to your elementary school cafeteria.

I fell in love with the Rat despite its less-than-stellar food choices (besides its mac and cheese, which is to die for. And its coffee—especially Central Highlands Blend, which is leagues above the sludge they call “coffee” at Mac and Lower). Perhaps it was because of the lack of culinary choices that far less people chose to eat in the Rat. Perhaps it was because of the dreary interior. Whatever it was, the Rat became a second home on campus for those of us that frequented it and came to love its quirks.

Many of my favorite BC conversations happened in the Rat, those conversations they tell you at orientation that you’ll have about Descartes, the role of sexism in everyday life, the meaning of a BC education, and whether frogs do indeed give you warts. I believe these powerful conversations only happened because of the Rat’s atmosphere, the calming milieu created by dark floors, good coffee, bad food, and not too many people.

But the old Rat can’t come to the phone right now. Why? Because it’s dead.

Like Taylor Swift, the new Rat is oppressively white, cliché, and too popular for its own good. The administration went in, ripped out the floors and bleached everything to complement the state-of-the-art salad bar added last year. People came in droves, turning the calm secret into the hottest new eating spot. The Rat is now a clone of Eagle’s, with the lines and lack of seating to boot. They don’t even offer the Central Highlands Coffee Blend even more, which feels like a personal attack on top of everything else.

I know I sound like a rusty old senior ranting against the ever-turning wheel of progress, a neo-Luddite bashing inevitable improvements. And I know that our school has larger and more important issues that need to be addressed. Yet, it’s clear that there’s something lost when we as a school pursue shiny new additions to the Heights as ends in themselves.

We are in the midst of a frantic race to the top of the university charts, a race whose winner is determined in part by the number of flashy amenities you can brag about on a college tour. The destruction of the old Rat is simply another symptom of BC’s disease: the pursuit of prestige above all else.

The whole ethos of a university—the pursuit of truth—falls to the wayside as millions of dollars are spent on building fancier dorm rooms, salad bars, and plazas with trees instead of the more pressing needs of professors or students. Our Catholic mission is drowned in an ocean of donor money that seeks to shape the University in a polished yet vacuous image. Are we choosing salad bars over livable wages for graduate student workers? Polished white floors over resources for marginalized students? Image over substance?

Gone are the days of quiet conversation over disappointing pretzels and the best coffee at BC. RIP “the Rat” (and Central Highlands Blend). I miss you already.

the rat bc wealth old rat
Diversifying Our Sources of News
Behind Balanced Attack, BC Outruns La Salle in HoF Tip-Off Tournament