Home » Off the Record: Time’s Up for Franco
Arts, Movies, Column

Off the Record: Time’s Up for Franco

Plagued by presidential blunders ranging from cryptic Twitter typos (Covfefe) to unwarranted pokes at the volatile North Korean bear, 2017 quickly became a year in which many desperately needed an escape from reality. Hollywood certainly delivered on this front, offering us opportunities to live vicariously through the dramatic yet admirably out-of-touch soccer mom types of Big Little Lies or find ourselves in far less dire circumstances than the inhabitants of the dystopian society in The Handmaid’s Tale. On the big screen, we were transported to Italy for a summer of romance and innocent self-discovery in Call Me By Your Name and to the shores of WWII France for heart-racing acts of bravery in Dunkirk.

Despite the renaissance in television and film, the close of the year ushered in an abrupt but necessary end to the illusion of on-screen perfection when The New York Times shattered the dam of ‘open secrets’ and released the flood of powerful women’s sexual harassment allegations against some of Hollywood’s most recognizable men, starting with Harvey Weinstein and going down a seemingly endless list of offenders. Time magazine fittingly named the Silence Breakers as 2017’s Person of the Year, in reference to the Me Too movement that empowered women to use their voice to speak up about the industry’s nasty sexual harassment epidemic.

It is imperative that women continue to advocate for accountability in the workplace in 2018. Thus, the Time’s Up Movement was founded to continue the fight for equality and the movement made its presence known at the Golden Globes on Jan. 7. As a devout feminist, I was excited to witness the monumental evening that signified a necessary change for women in Hollywood. The sea of black dresses and “Time’s Up” pins, including one carefully placed on the suit of James Franco, demonstrated to movie buffs and binge watchers everywhere that Hollywood was finally ready to give women the voice and the workplace protection they deserve.

I, like many other viewers, was also especially excited for this year’s Globes due to the unusual number of high quality nominees. My mom, sister, and I convened on the living room couch with Starbucks and popcorn at arm’s length in anticipation of the event and discussed our favorite nominees— Nicole Kidman, Elisabeth Moss, Timothée Chalamet, and James Franco all earned our highest praise. When Franco won the Globe for best actor in a musical or comedy for his role in The Disaster Artist, I quickly tweeted out my approval, and added a second tweet expressing satisfaction when Tommy Wiseau himself accompanied the Franco brothers onstage. I spent the rest of the show absorbing the words of women like Laura Dern, Natalie Portman, and, of course, Oprah, who brought the Time’s Up movement to the forefront in her compelling acceptance speech for the Cecil B. DeMille Award.

Unbeknownst to me, women began sharing their experiences of sexual harassment with James Franco on the same social media platform I was using to tweet out my support during the Globes. The following morning, the news of allegations against Franco was everywhere and I was shocked.

It was easy for me to express disgust with Weinstein and Kevin Spacey, whose works I had seen but for which I never felt a personal level of attachment. Truth be told, I preferred Madam Secretary to House of Cards anyway—Elizabeth McCord, Tea Leoni’s fictional secretary of state, wearing a Red Hot Chili Peppers T-shirt to bed effortlessly combined the inhuman rigid professionalism of politics (at least pre-2016 election cycle) with the rambunctious passion of rock ‘n’ roll. (Not to mention that McCord is a much more respectable politician than Spacey’s Frank Underwood.) Until this point, I did not have to reconcile my personal feelings toward an actor with the revelation of his despicable off-screen behavior.

When I heard the news of Franco’s allegations, however, I found myself grasping for a way to negate or belittle the voices of his accusers, to my own horror and disgust. After falling hopelessly in love with Daniel Desario on Freaks and Geeks and reading and watching Franco’s Palo Alto, a collection of stories based on his experiences growing up in the northern California city that he adapted for the silver screen, I simply could not accept that the man whose work I had religiously supported over the years was in reality a terrible human being.

Once I began to process the information, I realized that the signs were there: the indie films produced by Franco I had once considered brilliant at best and tolerable at worst (The Adderall Diaries was somewhat painful to watch) are riddled with dark sex scenes, the product of Franco’s own disturbed psyche. In Palo Alto, a high school teacher played by Franco himself has a sexual relationship with his underage student—an inappropriate relationship that has a real-life inspiration, according to Franco’s female acting students who detailed uncomfortable nude scenes and out-of-class meetings. Not to mention, Franco had already exhibited predatory behavior when he pursued a 17-year-old girl on Instagram after meeting her at a Broadway performances of Of Mice and Men.

At last, I felt an overwhelming sense of betrayal. How could Franco wear a Time’s Up pin on his chest knowing his own clock was running out? How many other actors are hanging their black pinned suits in the same closets full of their skeletons, their well-kept secrets of sexual misconduct and assault?

Ultimately, the loss we feel in parting with our favorite Hollywood men is nothing compared to the momentum we gain in the fight against sexual assault and the broader cause of equality. When we continue this fight, we support all in the film industry in the hopes of preventing actresses and actors of future generations from having the same experiences of sexual harassment like those of Rose McGowan, Ashley Judd, Anthony Rapp, and countless others. Perhaps, when the accused are sorry they did it rather than sorry they got caught and offer genuine apologies, we can forgive. But we cannot forget the voices of those who bravely came forward with their stories— we cannot forget the voice of the silence breakers.

I care about Time’s Up because I am an unapologetic raging liberal and huge fan of women’s rights. A little more about me, my name is Kaylie Ramirez and I am the new Associate Arts Editor for The Heights. I am a sophomore in the Carroll School of Management where I study general management (for now), but I am also a political science major because I do in fact have a soul. I’m from Bakersfield, Calif., which is sometimes referred to as “the armpit of California” because its air quality is the worst in the nation and the people are sometimes worse than the air (don’t worry about me though, I try to spend as much time away as possible). I enjoy watching film and TV—my favorite movies are Point Break (the 1991 original) and 10 Things I Hate About You and some of my favorite shows are American Horror Story, Stranger Things, and It’s Always Sunny in Philadelphia. I listen to music probably at least six hours a day, and I will listen to anything other than country. My favorites are Bob Dylan, Red Hot Chili Peppers, The Rolling Stones, Cage the Elephant, Arctic Monkeys, and many many more.

Featured Image By The Golden Globes 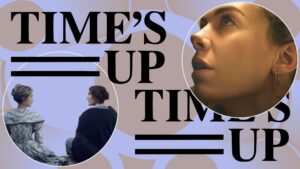