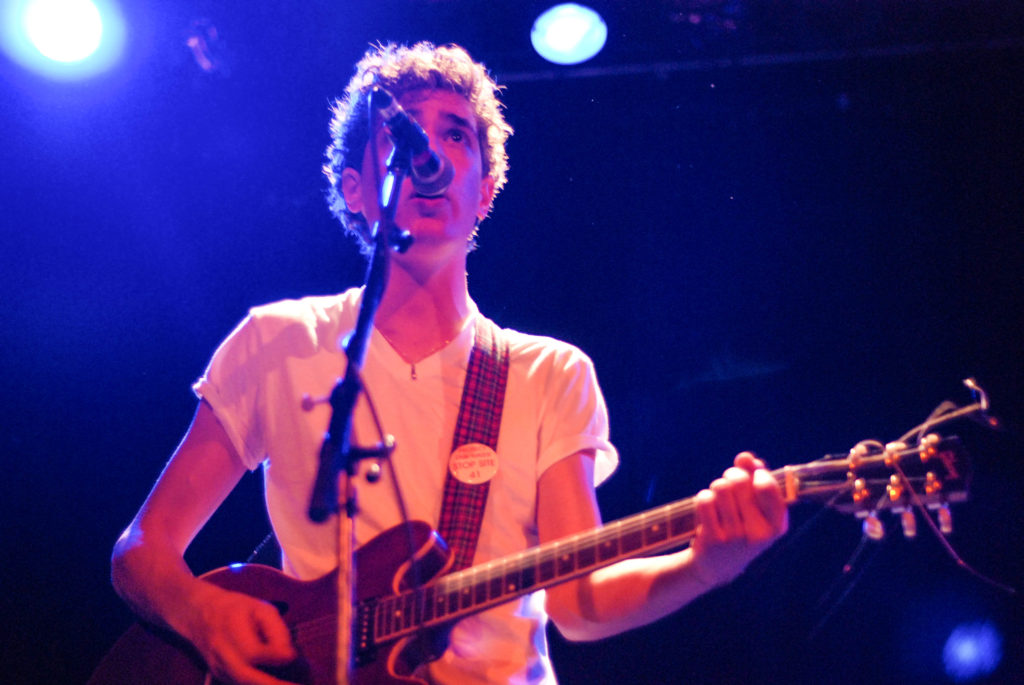 Born Ruffians’ front man Luke Lalonde wrote the first track of their new album the day David Bowie died. Open and vulnerable, he said he picked up a guitar and the song just came. “Forget Me” opens up Uncle, Duke & The Chief with an acoustic strumming of an open C chord, as if saying “Welcome!,” that turns into a blissfully melancholic insight into nostalgic loss and how people experience death. Lalonde sings, “I’ll face the light with you,” through heavy reverb and you can feel that he means it.

The familiarity and camaraderie evoked in the first track extend to the rest of Born Ruffians’ fifth studio album, each song bringing you back to somewhere you’ve been before. The album boasts only nine tracks, but the earnestness and sincerity make it feel much longer. Uncle, Duke & The Chief ends the band’s three-year hiatus from new material and delivers as, in Lalonde’s words, their “strongest work to date.” The vintage, low-fi production from Richard Swift strips the album of its bells and whistles, and the resulting straightforward sound is perfect for the high-energy vocals of Lalonde.

The best example of Swift’s important production comes from the album’s marquee single, “Miss You.” This gem recalls the harmonious call-and-answer pre-psychedelic Beatles sound, driven forward by a rapid, down-strummed electric guitar progression. Lalonde sings, “I walk with my head held high / Telling myself that I’m an average guy / But all these people know I’m faking / And they see that I am aching,” presenting a mix of ego and emotional turmoil that jests at people’s own hubris to think their feelings are unique.

“Side Tracked” begins with an ascending bass line that transitions into some psychedelic guitar effects with tones of ’70s soul music. This chorus really shows off Lalonde’s vocal capabilities and gives this slower track a little more bite. “Fade to Black” sounds a lot like Vampire Weekend with its rollicking drumline. It’s a great foot-stomping, head-bobbing rock song complete with Beach Boys harmonies and an excellent build up to the centerpiece of the song, when the instruments pause and Lalonde reminds us, “If you talk about a dream enough it might come true.”

“Love Too Soon” features high tonal progressions and reverberated whistling that sounds like a sad version of Edward Sharpe. Lalonde said he wrote it as an attempt to capture the feeling of South American word “Mamihlapinatapai,” which translates roughly to “a look shared by two people, each wishing that the other will offer something that they both desire but are unwilling to suggest themselves.” At the dead center of the track list, “Love too Soon” opens up the album and lets it breathe. There are plenty of albums that fail horribly at getting the right organization of its songs, but Uncle, Duke & The Chief isn’t one of them.

To continue the trend of references, the ambient guitar riffs in “Spread so Thin” are sharply reminiscent of The Shins. Lalonde says “Spread so Thin” makes him think of “an underwater forest at night in slow motion,” which is actually the perfect image for this song. This leads into “Tricky,” which picks up the album’s speed and brings back the energy of the beginning of the tracklist. The lyrics on this one don’t really get too in depth and leave it as the “jump-around” song of the bunch. “Ring that Bell” continues the energy, and it stands out from the rest of the album with its rhythmic switch between the chorus and verses. This song probably has the most going for it sonically. The album ends, fittingly, with “Working Together,” a simple progression that features a chorus singing, “We’re working together, love comes to whoever wants it / All good things are free, wave to nobody,” in a John Lennon-sounding melody. The song fades out with the singalong chorus to close the album in a way that says, “Thanks for coming.”

Uncle, Duke & The Chief isn’t a masterpiece. It doesn’t do anything particularly revolutionary, nor does it concede to the temptation of stepping out of too many boundaries. It is, however, colored with a spectrum of emotions and introspection that give it its own sort of authenticity. The gritty, buoyant sounds and the strong songwriting propel this album forward and mark the triumphant return of the indie Canadians.