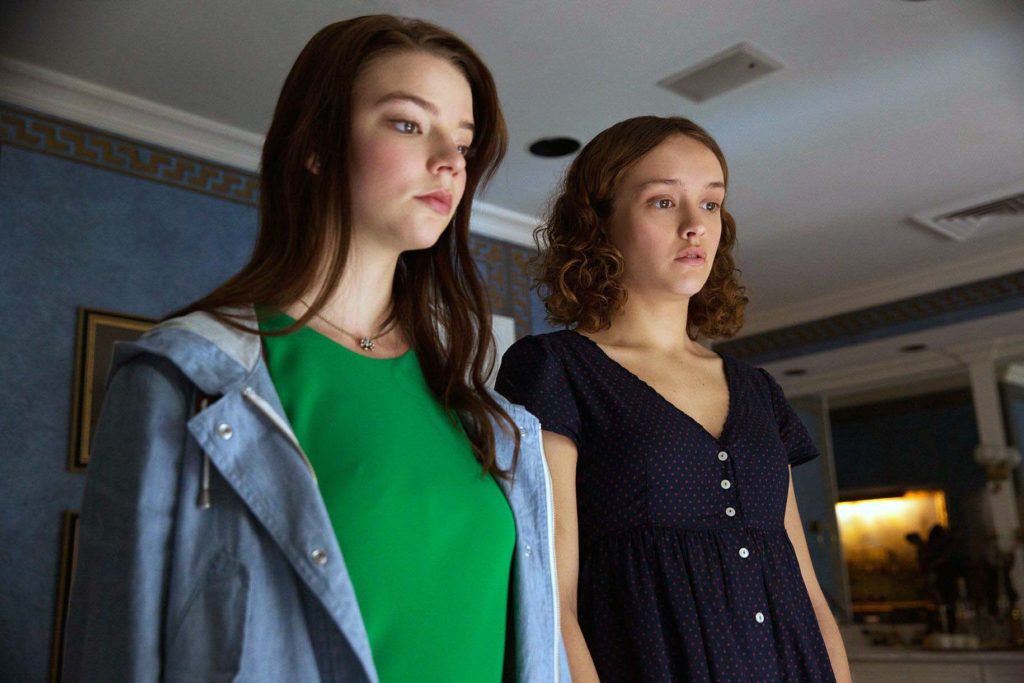 Thoroughbreds is a fairly short dark comedy about two teenage girls who plot the murder of one girl’s step-father. The movie focuses on the “friendship” (it can’t really be described as a friendship, but it’s probably the closest this movie gets to any sort of positive feeling between characters) between high school girls Lily (Anya Taylor-Joy) and Amanda (Olivia Cooke). The movie sets up this relationship as audiences watch Lily tutor Amanda for the SAT.

Lily is a normal teenage girl—albeit a teenage girl who lives in a literal mansion with her mother and step-father. Her step-father, Mark (Paul Sparks), is emotionally abusive towards her and her mother (Francie Swift). Lily is apparently very emotional, as she has been acting out since her father’s death. Amanda, on the other hand, has no feelings at all. She does not feel happiness, sadness, anger, or really anything else. She is very good at pretending she has feelings, but she has recently been kicked out of school for personally euthanizing her injured horse.

The initial interactions between the two are absurdly humorous. Lily is the stand-in for the audience, while Amanda is a sort of sounding board for this incongruous relationship. Both actresses play the characters extremely straight, Cooke impersonating a wooden Keanu Reeves (reactionless, monotone), while the comedy leaks in around the edges. Thoroughbreds plays out as would be expected leading up to the murder plot. Amanda and the audiences watch as every interaction between Lily and her stepfather seems to grind away a tiny bit of Lily’s sanity.

The murder plot is also presented as would be expected. Lily and Amanda toy with the idea of killing Mark. Lily is initially hesitant and repulsed by the idea. Amanda doesn’t care either way. After this, however, is where Thoroughbreds takes a huge turn. This turn will either make or break the movie for audiences—it’s very unlikely that anyone who watches Thoroughbreds will feel anything between absolute dislike and definite enjoyment. There is no real middle ground, and Thoroughbreds isn’t asking for it. Instead of spoiling it, this review will serve as a warning. This movie is not for everyone. It’s not even for most people. Thoroughbreds is great and really enjoyable and incredibly darkly funny, but it’s way too weird to gain any real traction with people who see movies only occasionally. Audiences who were expecting a modern version of Heathers will probably be disappointed. This movie is not like Heathers. It is great in a very different way.

The performances in Thoroughbreds are very good, but not in the usual way. Most actors or actresses would be lauded for playing very realistic characters. These characters are not at all realistic. They are played so straight that they are almost wooden. The actors aren’t winking at the camera through the absurdity of their characters. Each is deeply and seriously invested in their strange character. But their performances are very muted—they only seem to act when the script calls them to directly.

As an aside, Thoroughbreds does have the final appearance by the late Anton Yelchin. He plays a local drug dealer who the girls choose to commit the murder of Mark. Yelchin’s performance is probably the most realistic of anyone’s in the movie. He comes off as almost overexaggerated next to the muted and subdued performances of the two girls, but his character is a refreshing addition of traditional comedy to the movie.

A good way to describe Thoroughbreds would be to compare it to The Lobster, or perhaps Donnie Darko. It’s simply strange. The movie will land incredibly well for a very small number of people. Most others will be repulsed or bored, and it’s entirely understandable that they would be. But, like The Lobster or Donnie Darko, those who like it will like it very much. The movie is incredibly funny, but only in absurd and dark ways. The performances are great, but only because there is very little substance to them. The story is very entertaining, but only because it is very simple and incredibly strange. Thoroughbreds is a different movie than it appears to be in its trailer, but it is not a bad movie. The fact that it is not what you would expect, however, is important to know when deciding whether to see this movie. Thoroughbreds is probably a great bet to see for people who watch a lot of movies—especially people who watch and enjoy movies like The Lobster, or The Killing of a Sacred Deer, or Donnie Darko. But this movie is not for almost anyone else. Thoroughbreds isn’t asking for the acceptance of wide audiences, and it definitely won’t receive. This movie simply is. It exists on its own terms and makes no concessions to those who don’t or won’t like it. Instead, Thoroughbreds tells its story incredibly well and very weirdly.

the lobster donnie darko the killing of a sacred deer thoroughbreds anya taylor-joy olivia cooke
How Did You Spend the Snow Day?
Will Supple: An Eagle on ‘Idol’ 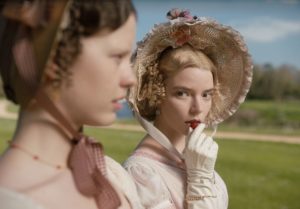 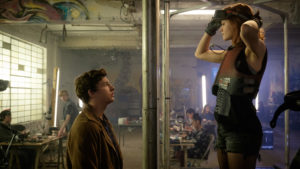 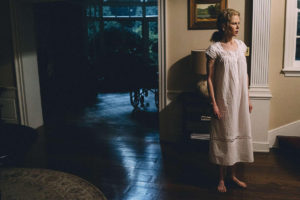