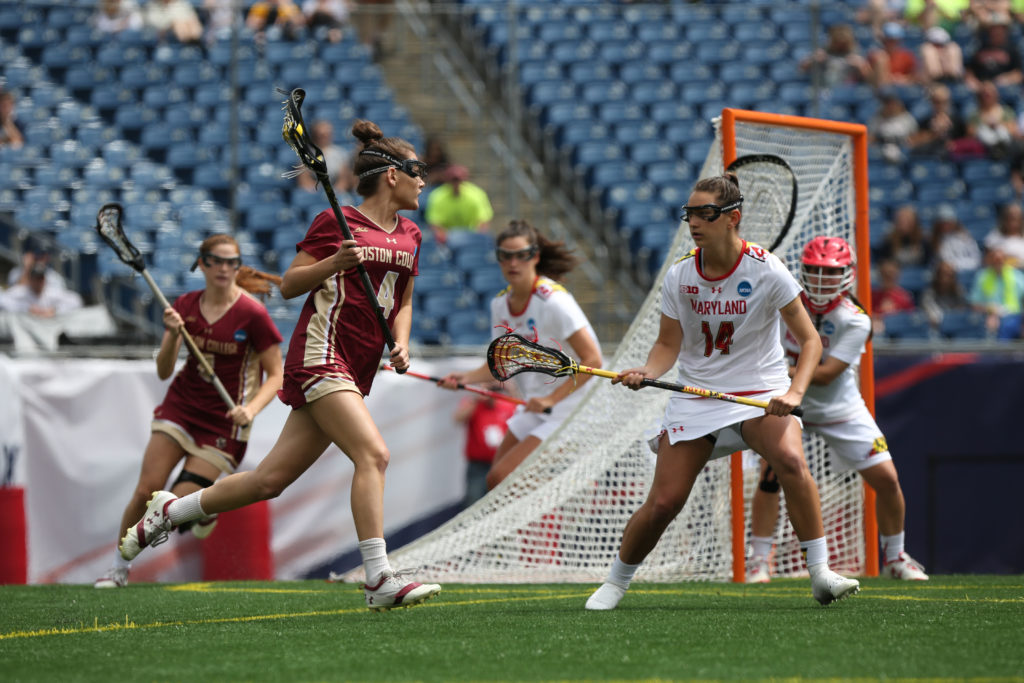 For each of the past three years, Boston College lacrosse attacker Kenzie Kent has missed the first half of the regular season—she’s had no choice. A dual-sport athlete, the senior found herself playing hockey well into the month of March, reaching four-straight NCAA Tournaments  and a trio of Frozen Fours. Yet after wrapping up her hockey career on the Heights, Kent was presented with a unique opportunity, and on Friday afternoon, the Norwell, Mass. native decided to take head coach Acacia Walker-Weinstein up on it.

Inspired by last spring’s National Championship run, Kent announced that she will redshirt the 2018 season with the intention of playing the entire 2019 campaign.

“I’ve been so lucky to have these opportunities at Boston College and being part of two amazing teams,” she told BCEagles.com. “Last year’s experience with the lacrosse team—and being able to play in a larger part of the season than I had in the past—got me seriously thinking about playing a full season.”

It’s easy to see why. During the five-game stretch, Kent went on a tear, recording 37 points—11 more than any player has ever logged in the annual competition—en route to NCAA Tournament Most Outstanding Player honors. The eventual 2016-17 ACC Female Athlete of the Year was simply building up to that kind of outburst in the seven games prior.

Returning for the conclusion of non-conference play, Kent quickly went to work, racking up 40 points before the Big Dance. Couple that with her unprecedented NCAA Tournament performance, and the shifty attacker totaled 77 points in her abbreviated 12-game season. To put that in perspective, if she had suited up for all 23 contests and kept up that kind of output, she would have tallied about 148 points—29 more than last year’s second-leading scorer in the nation: teammate Sam Apuzzo.

Despite playing just 30 career games, Kent is one of the program’s top-20 all-time scorers, ranks sixth all-time in assists, and is a two-time member of the IWLCA All-Northeast Region Team. Her accolades on the ice are even more impressive: Kent recorded 138 career points, becoming the eighth-leading scorer in program history, earning captainship and setting the school record for most games played (157) in the process.

As exciting as the news is for Walker-Weinstein and the BC community, the senior, who has reached four national semifinals in her career, will have to wait another year to complete her quest for a national title. But in 2019, Kent will be putting all of her marbles in one basket, and as far as college athletics are concerned, there aren’t many other better ways to go out.