The Emmy Award winning first season of The Handmaid’s Tale, a Hulu television series based on the 1985 Margaret Atwood novel, left viewers wondering if a second season was feasible and perhaps even desirable. While viewers may have wanted to see June (Elizabeth Moss) break out of the show’s dystopian theocracy United States, the book ended where the first season did: with June being whisked away from the home of her commander by a black van as punishment for inciting an act of defiance among the handmaids.

Season two of the hit show picks up where the cliffhanger left off: June stares emotionlessly into the camera in the back of the van’s steel trunk, numb to the ruin the theocratic higher ups have inflicted upon her once normal life. Throughout the first two episodes, which Hulu released on April 25, viewers get a closer look into June’s pre-Gilead life. Flashbacks depict June as a mom, picking up her daughter from the hospital when she is sick and shielding the young girl from the terror on the news. Flashbacks additionally detail the nation’s descent into disorder: As June is cuddling her sick daughter, the two can hear the TV through the open door as newscasters detail an attack at the Pentagon in Washington, D.C.

Memories serve as June’s escape during the second season, and often come when she is faced with violent threats or coercion. June remembers when she and her husband (O.T. Fagbenle) were deciding to try for a second child, warm light from the kitchen window pouring in on the loving couple. June is ripped out of her momentary recollection and thrust back into her despotic reality: She holds a rock in front of her in the pouring rain, arm shaking from the cold water and muscle ache.

Audiences also get a look into the past life of Emily (Alexis Bledel), the handmaid who was removed from her commander’s house in the first season for taking part in the information sharing network of handmaids. The second episode shows Emily, formerly known as Ofglen, giving a biology lecture about bacteria to university students dispersed throughout the lecture hall. The flashback scene hints at how homosexuality began to be attacked in the age of Gilead: The professor loses teaching privileges due to the screensaver of her partner and child. The following scene shows Emily in the colonies—the wasteland where women who cannot conceive labor to clean up the destroyed planet. She puts her biology background to use in the colonies as an undercover doctor who distributes pills and bandages to the sick laborers.

The second season departs from the first season’s implied violence in favor of gory, stomach-turning scenes. Rather than showing the hysteric aftermath of mutilations, the first episode gives a clear view of the burning of a rebellious handmaid’s hand, an apt punishment given her crime was refusing to stone a friend. An especially bloody scene during the first episode shows June cutting the tracker chip out of her ear with a pair of scissors as blood runs down her neck and white shirt.

The Handmaid’s Tale crafts stunning scenes with beautiful cinematography. During the first moments of the first episode, June stares up at the rope of the noose around her neck on a stage in the outfield of Boston’s iconic Fenway Park. Her watery blue eyes pierce the screen as the bright light from the baseball field pours in around her face. The combination of the red handmaid’s dress and her blue eyes recall images of Sox seasons past and contrast the dark present with carefree summers passed.

Season two also takes greater measures to place the show in the context of Boston. Aside from the scene in Fenway, June takes cover from government officials in the headquarters of The Boston Globe while on the run. Emily also attempts an escape from the despotic society at Logan Airport, a futile attempt that causes Emily to be separated from her partner and young son.

The first two episodes answer many of the first season’s questions. Aunt Lydia (Ann Dowd) reveals June is pregnant, but the father of her child remains ambiguous. June began engaging in a sexual relationship with Nick (Max Minghella) toward the end of the first season. He returns in the second season as June’s liberator, using his power as an eye to fly under the radar and help her escape Gilead. The two reconnect in passionate scenes, underscoring the depth of their connection—it is no longer necessary for June to get pregnant to avoid the colonies.

In the final moments of the second episode, Jeanine (Madeline Brewer) makes a reappearance. The one-eyed handmaid is brought to the colonies on a yellow school bus and is greeted by a relieved Emily. The last scene finds June praying in front of a memorial she made in memory of the country that once was. While there is clearly room for expansion on the plot of the book and first season of The Handmaid’s Tale, the first two episodes leave viewers wondering if the narrative of the present is doomed to be continually fractured by disruptive memories of the past. 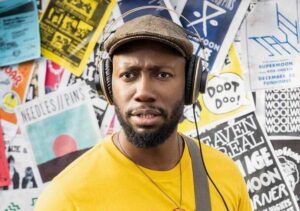