What do comic strips and systemic racism have in common? At first glance, probably not much. But it’s these two subjects that take center stage in Hulu’s newest comedy, Woke. The eight-episode series premiered on the streaming platform on Wednesday, and it feels strangely relevant to the conversations around race that the country has been experiencing in the past few months.

Woke stars Lamorne Morris (of New Girl fame) as Keef Knight, a Black cartoon artist living in San Francisco. The show is based on and co-written by cartoonist Keith Knight, a Massachusetts native most famous for his comic strip The K Chronicles. Keef is meant to be “a younger, more naïve version of [Knight],” according to a Vulture interview with the cartoonist.

The first episode of Woke introduces Keef as a character whose life is about to change for the better. His comic strip, called Toast and Butter, features quips and placid jokes between the two grocery items, and it is blowing up in the Bay Area.

At its core, Keef’s work is meant to be lighthearted and simple. When a writer named Ayana (former SNL cast member Sasheer Zamata) meets Keef and praises his use of cartoons to talk about racial and social justice, Keef quickly shuts her down, saying “Why is it that it’s people of color that always have to stand for something, you know, say something in our work? I’m just a cartoonist!”

But, as the show’s title suggests, Keef quickly becomes “woke” to the racism around him after an encounter with police. While putting up flyers with a stapler, five officers train their guns on him and tackle him to the ground, mistaking Keef for another Black suspect. He tries to shake it off, but suddenly Keef starts seeing inanimate objects around him come to life like 3-D cartoons, calling Keef to action—his marker (voiced by J.B. Smoove) tells him to start creating cartoons about systemic racism.

What ensues is a series of events that are equal parts hilarious and concerning, as Keef tries to pick up the pieces after the traumatic incident. Watching Keef get screamed at in a bodega by cartoon malt liquor bottles (voiced by Nicole Byer and Eddie Griffin) is a perfect encapsulation of the goofy humor that Morris can articulate so well. It’s these moments of comedic relief that break up the more serious plotline—moments where Keef is racially profiled, blacklisted from his job, broke, and more.

Though Woke is entertaining and its storyline intriguing, the show feels like a missed opportunity to say something truly meaningful and important about race and racism in this country. As Keef becomes more “woke” throughout the series, you would think that there’d be increasing opportunities for the characters to have on-screen dialogues about racism. And they do, but perhaps in an attempt to commit too heavily to traditional sitcom standards, conversations about race never get too deep.

Woke seems as though it could have been one of those cult-favorite TV series, one that pioneers new ways to treat comedy and race for large, general audiences. Instead, the show falls short of that high expectation, and though the characters do talk about police brutality, racism, gender bias, gentrification, and more, those conversations don’t feel completely fleshed out and as hard-hitting as they could have been. Though with only eight episodes under its belt, the show could possibly invest even further into these conversations in future seasons by diving deep into the characters’ ideologies and experiences while still maintaining a comedy format.

That being said, Woke still holds its own, mostly due to the great performances from the actors. Morris is cast perfectly as the nerdy yet intelligent Keef, and the supporting characters are wonderful foils. Sasheer Zamata does a standout job as Ayana, whose sarcasm and focus is indicative of her true “wokeness.” Comedian T. Murph, playing Keef’s roommate Clovis, is genuinely one of the funniest characters, a confident player in contrast to Keef’s introversion.

One of the most interesting characters in Woke is Gunther, Keef’s white roommate (Workaholics’ Blake Anderson). In the first episode, Gunther physically intervenes when police hold Keef at gunpoint—though faces no consequences from the officers—and has critical conversations with Keef throughout the rest of the series that challenge both characters’ points of view.

Though the show could do more to make its substance and plot compelling, Woke is enjoyable, mostly because of its unique concept, talented cast, and genuinely comedic and inventive use of real-life cartoons. Perhaps Woke’s true worth won’t be revealed until we see later seasons—the series has a solid base to build upon, and Season 1 certainly holds the promise for something fantastic to come. 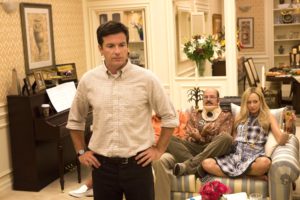 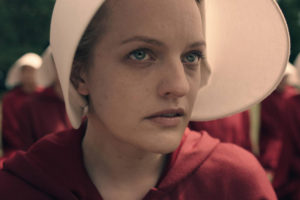