Home » Plot-Heavy ‘Maniac’ Juggles Too Many Stories at Once
Arts, Television, Review

Plot-Heavy ‘Maniac’ Juggles Too Many Stories at Once

In Maniac, Netflix’s latest high-profile limited series, a drug company stands on the verge of making history, having created a drug treatment option that could free people from their debilitating, deep-seated neuroses and trauma. In a rather seamless process, the patient would take three subsequent drugs; the first of which causes the subject’s trauma to resurface, the second maps the mind to determine how the subject’s brain is wired, and the third and final drug rewires the brain so that it can accept and overcome its debilitating anxieties. It’s as simple as that, or so it seems. Before these drugs can reach market, however, the good folks at Nebderdine Pharmaceutical and Biotech (NPB) need to test their groundbreaking product on some consenting human test subjects.

Surely the advent of such a product would be exciting, but the prospect of testing out these highly potent, neurochemical-altering drugs seems, nonetheless, unenticing for the risks involved. Luckily for NPB, people need money, and partaking in the trial comes with some financial compensation. In turn, trial positions have become highly sought after in this grimy, dystopic imagining of New York, as people wait in line for what seems like hours before being screened and told whether or not they qualify. Maniac’s retrofuturistic conception of New York resembles the city as it is today, with a few notable changes. Advertisements have become all the more intrusive, and technology seems to have been made from salvaged 1990s computer parts (to give you an idea, the NPB company logo uses the same typeface as IBM). This analog aesthetic keeps the show visually interesting, but it also raises questions as to how this future became the way it did, even (implicitly or otherwise) questioning the way we tend to fetishize the look of the 80s and 90s. In the waiting room, Annie Landsberg (Emma Stone) and Owen Milgram (Jonah Hill) cross paths, awkwardly eyeing one another before realizing that they were both selected for the same trial run.

Annie and Owen are both manic, highly disturbed individuals. Literally and metaphorically scarred, Annie has become a junkie in denial, taking drugs to cope with the tragic death of her sister whom she had a difficult relationship with. Meanwhile, Owen is suffering from an undetermined mental illness (possibly paranoid schizophrenia) that causes hallucinations and the occasional psychotic breakdown. While Annie only has her father left, Owen’s anxieties are only worsened by the pervasive presence of his waspy, white-toast family, of which he is the clear outlier. Annie and Owen carry these issues in with them as they enter NCP’s sterile, futuristic basement to begin the trial run with doctors Azumi Fujita (Sonoya Mizuno), Robert Muramoto (Rome Kanda), and James Mantleray (Justin Theroux).

Under supervision, the participants take the three drugs in sequence, strapped to chairs so that the doctors can monitor their brain activity, as they lie comatose. In this unconscious state, the subjects experience a series of fantasies that dredge up painful trauma, and for some reason or another, Owen and Annie have found themselves sharing these visions. These vividly rendered excursions take up a good portion of the series with disparate, episode-long plotlines that becomes more and more fantastical. Among other plots, we get a gothic noir, a Lord of the Rings-type fantasy sequence, and a gritty crime drama featuring Jonah Hill in cornrows. Since we’re dealing with the subconscious, real-life anxieties and people continue to pop up in these fantasies like players in a stage-production. Following each dosage, the participants are intrusively questioned about their experience in a series of interviews which, as one character points out, seem akin to therapy sessions.

Hill and Stone are good in their roles, but it’s Cary Fukunaga’s (True Detective, Beasts of No Nation) direction that keeps things interesting. In tandem with the impressive production design, it’s Fukunaga’s slick and often inventive camerawork that gives the dystopian world a tactile, lived-in look. Dan Romer’s excellent, eerie score is another highpoint in the series, grounding all the zany hijinks to the series’ emotional core.

Maniac is heavy on plot, ambitiously attempting to juggle a lot of ideas and stories at the risk of dropping them all. Besides the aforementioned plotline with Annie and Owen, there are other subplots involving Dr. Mantleray, his mother (Sally Field), and the A.I. named GRTA overseeing the entire operation, all of which raise even more psychological questions that, while intriguing, seem to distract from the more potent plot involving our two lonely protagonists. Pacing also proved to be a problem, especially during the middle-portion of the show that relies heavily on the fantasy sequences that, while amusing, often feel airless and even inconsequential. Ultimately, your mileage may vary depending on how amused you are at the prospect of Hill and Stone getting to play dress-up, stepping in and out of various genres and stories that often feel needlessly wacky. But even as it gets seriously unwieldy at times, as the show resorts to ambiguity for ambiguity’s sake, Maniac works when it’s sticking to its gun, focusing on the drug trial and exploring the ways in which we compartmentalize grief.

emma stone maniac Jonah hill
‘The House with a Clock in Its Walls’ is a Waste of Time
More Than Just Extra Melanin: My Life Through Freckles 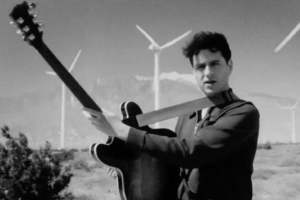 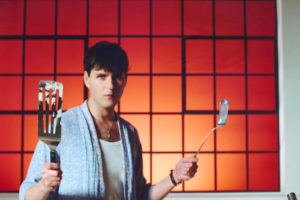 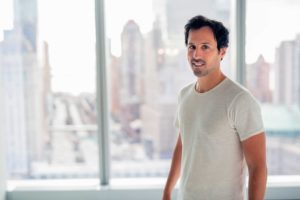