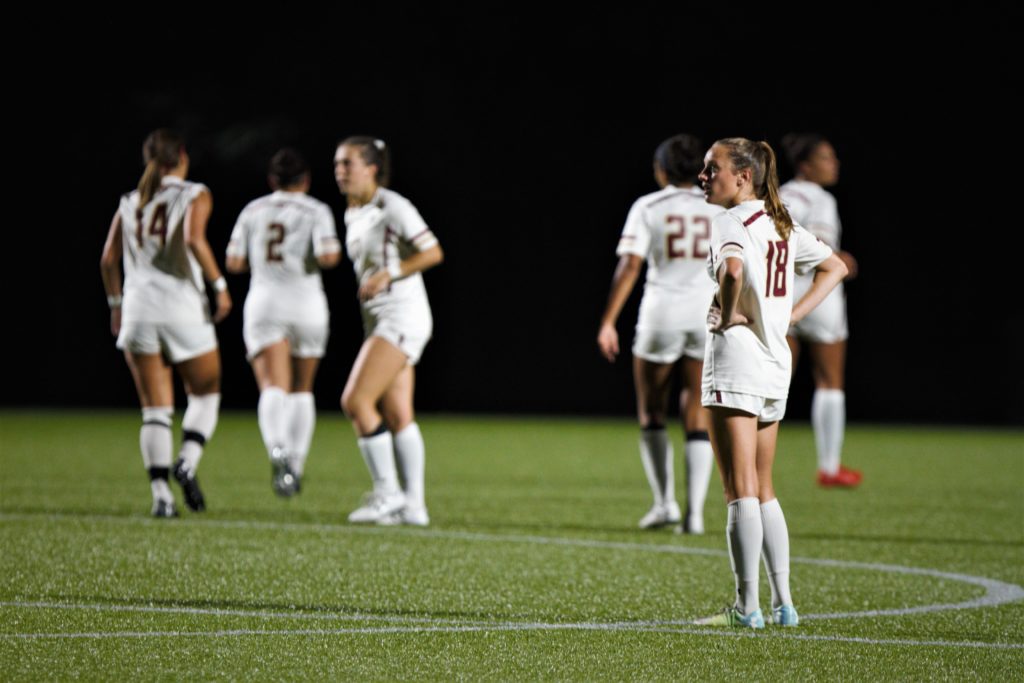 With just over five minutes left in Boston College women’s soccer’s game with Duke, the ball was deflected behind the Blue Devils goal, presenting the Eagles with a perfect opportunity. The game was tied at one apiece, and in a tight contest with a ranked opponent, the corner kick, which BC has been prolific at creating goals from, likely represented the Eagles’ best chance of walking out of Durham with a win.

But, instead of playing the ball into the box and seeking the head of Gianna Mitchell—the Eagles’ biggest target in the box—Sam Coffey opted to play the ball short, a play call which proved to be a fatal mistake. The short pass was broken up and led to a quick Duke counterattack, which caught BC reeling.

Eventually, the ball was played to Kayla McCoy, the Blue Devils’ leading scorer, just inside the box with only Kayla Duran in between her and the goal. The senior forward calmly shifted the ball onto her left foot—wrong-footing Duran—and slotted the ball into the far corner, past a lunging Alexis Bryant for what proved to be the winning goal in a 2-1 game. The rest of the Eagles’ (13-3-1, 5-3-1 Atlantic Coast) defense, still out of position thanks to the corner kick, was nowhere to be found.

It was a crushing shift in momentum because BC, days removed from a narrow one-goal loss to North Carolina, had played well. The Eagles built an early lead on their hosts thanks to a relatively quick goal and defended admirably for the rest of the game. What looked like an eminently winnable game as late as that fateful 85th minute corner kick ended up being BC’s second-straight loss to a top-10 foe, and the first time all season that its lost back-to-back games.

Olivia Vaughn helped the Eagles set the pace early on, with her ninth goal of the season creating a 1-0 lead just over nine minutes into the contest. On a counterattack, Sam Coffey sent a beauty of a long pass from behind midfield to find Vaughn. The junior forward took a couple touches into the box, then ripped a shot into the top corner past Duke (13-2-2, 7-1-1) goalkeeper Brooke Heinsohn.

BC defended well for much of the first half, holding the Blue Devils to just two shots on goal in the first 30 minutes. Eventually though, the Duke offense, which had been red-hot as of late, found a way through. In the 33rd minute, McCoy had time and space to deftly find her target as she slipped a pass through to Mackenzie Pluck, who was making a run into the left side of the box. Pluck created something from nothing, converting from a tight 1-on-1 angle that snuck under Bryant at the near post, tying the score.

Bryant and the rest of the Eagles backline managed to hold Duke for the rest of the half. Two minutes into the second half, Coffey was fouled just outside the box, earning a set piece in a dangerous location. Coffey’s shot was pushed wide by Heinsohn, though, to keep the score even. Just minutes later, a 22-yard drive from Vaughn crashed off the crossbar, adding to BC’s offensive frustration.

As the half went on, the Eagles kept finding scoring chances. Jillian Jennings sent the ball upfield, finding Elysa Virella, who returned a long ball to Jennings in the box. Her header looked to be headed for the back of the net, but it instead bounced just inches wide of the right post.

The Blue Devils looked just as dangerous on the offensive end. Bryant made a stellar save on a shot by Duke’s Ella Stevens, then the Blue Devils failed to capitalize on a quick counterattack, with McCoy’s shot going wide.

It appeared as if the score was prepared to tip in the Eagles favor, as Jennings broke free from the Duke defense after a botched set-piece. Her impressive run resulted in a good find of Coffey, but the sophomore midfielder pushed her shot just wide. Eventually, all of BC’s missed opportunities came back to haunt them, as the Blue Devils eventually found the match winner late in the game. The Eagles pushed hard for an equalizer in the waning seconds, but weren’t able to find a way through a resolute Duke defense.

In what is already one of the best seasons in program history, beating Duke or UNC would have signaled that BC is truly ready to compete with the elite top class of the ACC. And, despite looking competitive in both games, it’s likely disappointing for head coach Alison Foley that the Eagles weren’t able to come away with at least one win—a season-defining upset of UNC, or a key ranked win over the Blue Devils would have provided a strong surge in momentum.

A team that’s currently ranked No. 11 in the country will understandably face high expectations. But, as this North Carolina road trip—even one that was decided by the narrowest of margins—illustrates, BC still has some steps to take if it is looking to make a run, whether it’s in the ACC Tournament or the even tougher NCAAs. 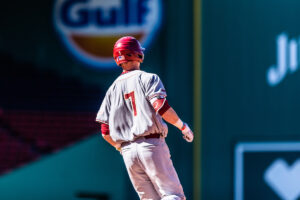 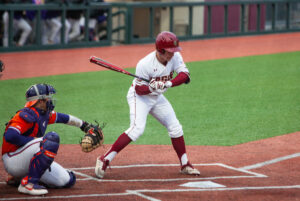