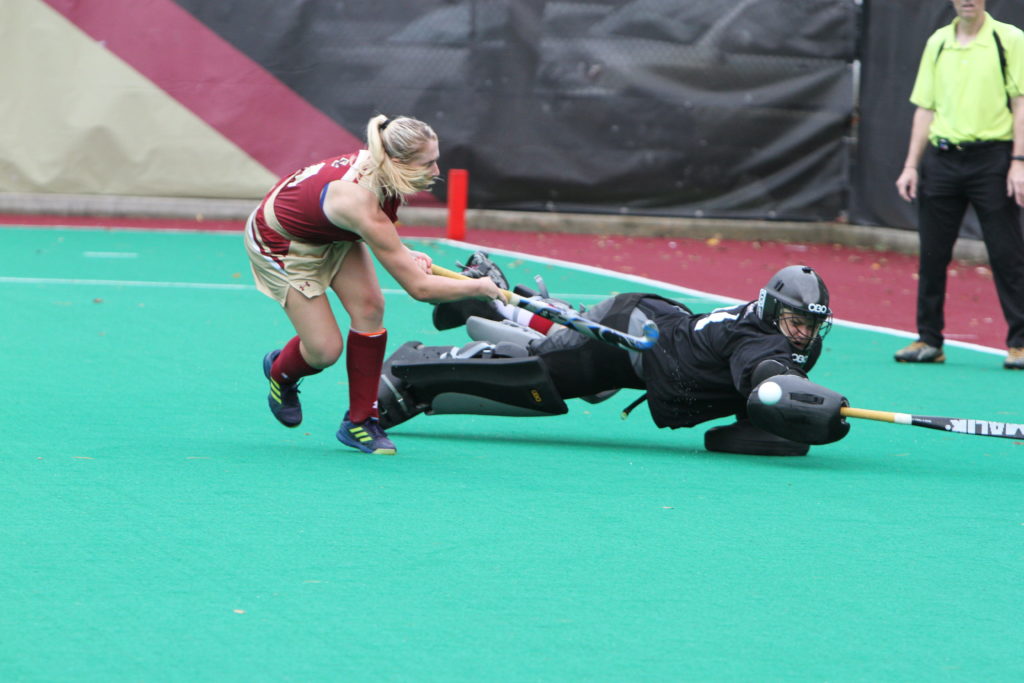 Boston College field hockey seeks to bounce back from a winless weekend when it travels to No. 6 Harvard for a non-conference matchup with its local rivals. The Eagles (9-7, 2-4 Atlantic Coast) dropped painfully close decisions to ranked opponents Liberty and Duke last weekend and will be looking to turn their fortunes around against a red-hot Crimson (13-1, 5-0 Ivy League) team that has won 10-straight games. BC has had the upper hand against Harvard recently, but can’t afford to take this game lightly.

Who is BC playing?
Harvard

How to Watch:
The game will be livestreamed on ESPN+, and live stats will be available here

By the Numbers:
BC:

1) The Eagles have a 22-12-1 record all-time against the Crimson and have won the last 13 meetings between the two teams.

2) Lucy Lytle has been on fire for BC lately. The senior has scored in four consecutive games and recorded both of the Eagles’ goals this past weekend.

3) BC hasn’t had much luck against ranked opponents lately. The Eagles have lost their last four games against teams in the NFHCA Top 25 and have been outscored, 10-4, in those contests.

1) Harvard hasn’t lost since Sept. 9, when it fell 3-1 to No. 2 Maryland at the Terrapin Invitational.

2) Freshman goalkeeper Ellie Shabbo has been vital for Harvard, conceding just 0.75 goals per game in the eight contests she has started. The Crimson have given up just three goals in their last five games.

3) Harvard is led offensively by Maddie Earle, who has scored 12 goals this season. Junior Bente van Vlijmen is second on the team with 11 scoring plays to her name.

Last Meeting:
The teams last met in October of 2017. Carly Kauffman gave the Eagles an early lead, but a Harvard equalizer just five minutes later sent the game into overtime. After neither team was able to break the deadlock in overtime, the contest went to a penalty shootout. Sarah Dwyer saved four of the five Harvard attempts, while Jaime Natale and Caroline McGovern scored for BC, handing the Eagles to a 2-1 shootout victory.

Outlook:
BC’s tough latter half of the schedule continues, as it plays a ranked opponent for the fourth time in five games. The Eagles were competitive against both Duke and Liberty over the weekend, outshooting both teams, but simply weren’t able to direct finish their chances. Harvard’s excellent defense will definitely limit BC’s chances, which means that the Eagles will have to be better offensively, especially on penalty corners, if they want to come away with a tough win over a ranked foe.