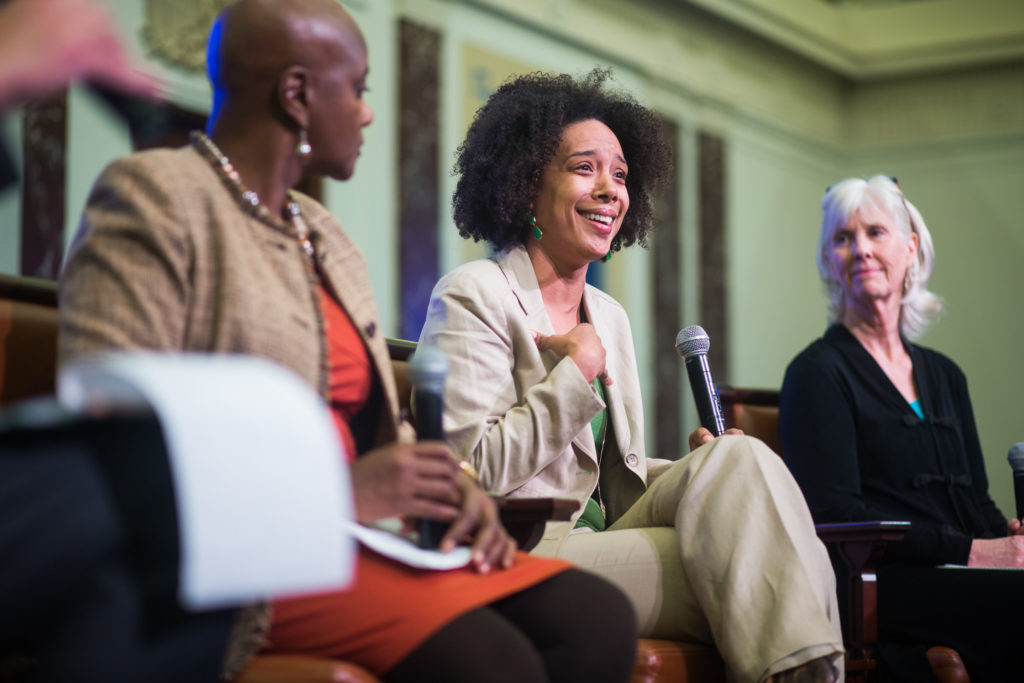 Boston residents packed into the Edward M. Kennedy Institute for the United States Senate on Monday evening to hear a panel of political experts discuss how to activate and expand the Massachusetts electorate.

“Here at the institute one of things we work on everyday is how to increase civic education and understanding and contribute to a healthy democracy and a healthy society,” said Mary Grant, president of the institute, in her opening address.

The message of the night was simple: it’s time for individuals to hold themselves responsible for the current political climate and become more active in the political process everyday, not just during major election cycles.

“With election day just a few weeks away, there’s a lot at stake and a lot of interest around the midterm elections and what’s coming. But we also know what happens the day after elections is equally important,” Grant added.

In preparation for the midterm elections on Nov. 6, panelists lead a conversation which reflected on the results of September’s primaries and analyzed how Massachusetts can make voting easier and more accessible.

The panel of speakers featured Cheryl Clyburn Crawford, executive director of MassVOTE; Wilnelia Rivera, founder and principal of Rivera Consulting; and Nancy Thomas, director of the Institute of Democracy & Higher Education for the Tisch College of Civic Life at Tufts University.

There are currently 4.5 million registered voters right now in Mass, and 29 political parties and designations, who call themselves everything from the Constitutional Party to the Pizza Party.

“These are the highest rates ever in this state, but our turnout rate is going down,” continued Chacon. “For this recent primary in September 2018, the turnout percentage rate was 22%. There is a strange disconnect, and it is not unique to Mass., but a national problem.”

Clyburn attributed the disconnect to education.

“People don’t know what’s really at stake. I don’t think we are doing a good enough job in showing them how to connect the dots so they can make the right decisions,” she said.

Clyburn went on to stress the need for grassroots organizations to continue to register voters, but also educate them on how and where to vote.

Rivera argued that the disconnect stemmed from something much deeper.

“‘The problem is that most voters see democracy as a spectator sport. You know, you pick your favorite team, you watch the season, and if they aren’t doing that great you say ‘I’m just not going to pay attention anymore,’” she said.

Rivera argued that to change this mindset, campaigns must completely remodel how they market and communicate with voters.

“The responsibility of those of us who are your political strategists or people on the ground as organizers is understanding the mediums that will get people to listen,” she said.

Thomas talked about the need for everyday participation on a national level, and outlined a concept she called “politics 365”.

“It is the idea that you should be talking politics, practicing politics, teaching politics, and experiencing politics 365 days of the year, not just during an election season,” she said. “Elections seasons are wonderful teaching moments, and they are great opportunities to engage people, but it does not stop on election day.

Conversation shifted to current legislative reform, and what Mass. government can do to promote voter participation. Clyburn praised current efforts, citing a civics education requirement passed last July by Mass. legislature. She argued that educating youth is essential towards activating the electorate and creating engaged voters.

“Civics in high school, even in elementary school, is critical,” she stressed. “We need to start educating our children much earlier. We need to teach them early on not to be afraid of the process and also how to think and act critically so they can make their own informed decisions”.

Thomas argued that the bulk of responsibility lies not only on government, but individuals to uphold democracy. She identified a major problem with voting: complexity.

“There are technical and motivational barriers to voting. If voting is hard, if it’s inconvenient, if the polling places are far away, people don’t do it,” she said.

Discussion ended on the growing trend of state legislation and policy making through ballot questions.

“Ballot initiatives, I think, really reflect frustration with the political process more broadly. To some extent the need to have them is a reflection on a real weakness if not failure in our government,” said Thomas.

“On the other hand, they are kinda cool. I really love the idea of direct democracy and letting every-day citizens come up with ideas and put them on the ballot. The main challenge I think is how to get voters informed about all of them.” 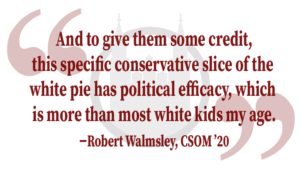 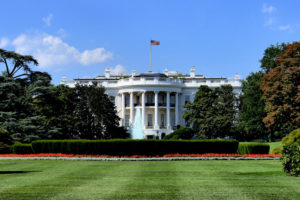 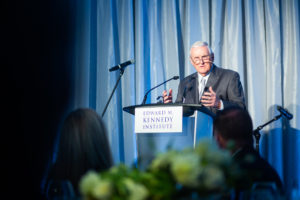